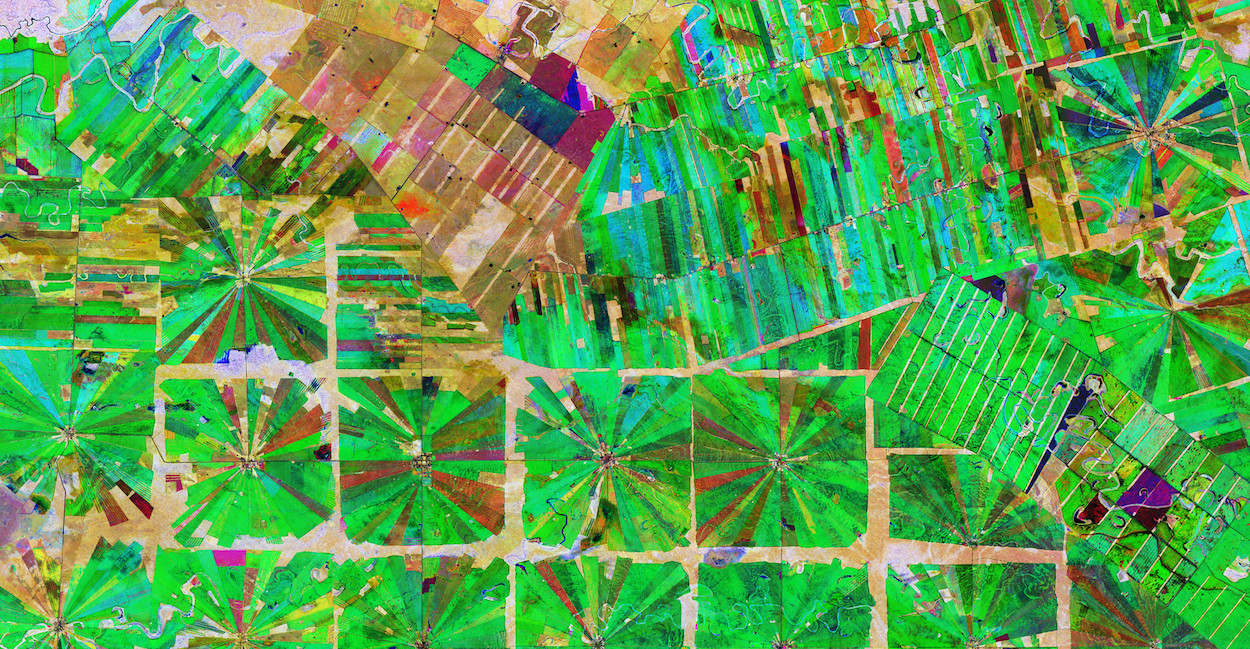 Satellite technology is being increasingly seen as a tool to reduce inequalities in the crucial development decade to 2030.

The Group on Earth Observations (GEO), a partnership of more than 100 national governments and 100 organisations, envisages a future in which support for the Sustainable Development Goals from geospatial information is “routine and customary”.

In the long run, space-enabled forestry, agriculture and disaster resilience have the respective potential to be 12, seven and two times as effective as non-space options, according to forecasts by UK organisation Caribou Space and consultancy London Economics.

Satellites can also help map remote rural areas, safely plan refugee camps and track city growth for planning amenities and resilience from natural disasters, with the proportion of urban dwellers expected to surge from 55 per cent now to more than two-thirds by 2050. Some 90 per cent of this growth is expected in Africa and Asia.

Connecting people still out of reach of the internet is a key aim too: although more than 50 per cent of people were connected globally by the end of 2018, that still leaves half the world without access.

The recent boom in availability of satellite technology and data has been bolstered by growing public space budgets and real competition in the commercial space sector for the first time. This has seen the development of cheaper, higher-resolution satellites in lower-Earth orbits, alongside a rising focus on open-access technology and maps.

US firm Planet, for example, has 130 of its shoebox-sized Doves among its fleet of 150 satellites. The fleet collects 1.3 million images daily, with a large enough constellation by late 2017 to image the whole of the Earth’s landmass every day.

Despite the sector’s recent surge, with now more than 2,000 satellites in the sky, it is just the tip of the iceberg. The number launched could triple from 365 in 2018 to 1,100 by 2025, according to estimates by MIT Technology Review, given plans of the likes of OneWeb and SpaceX to put hundreds or thousands of new satellites into space in the coming years. 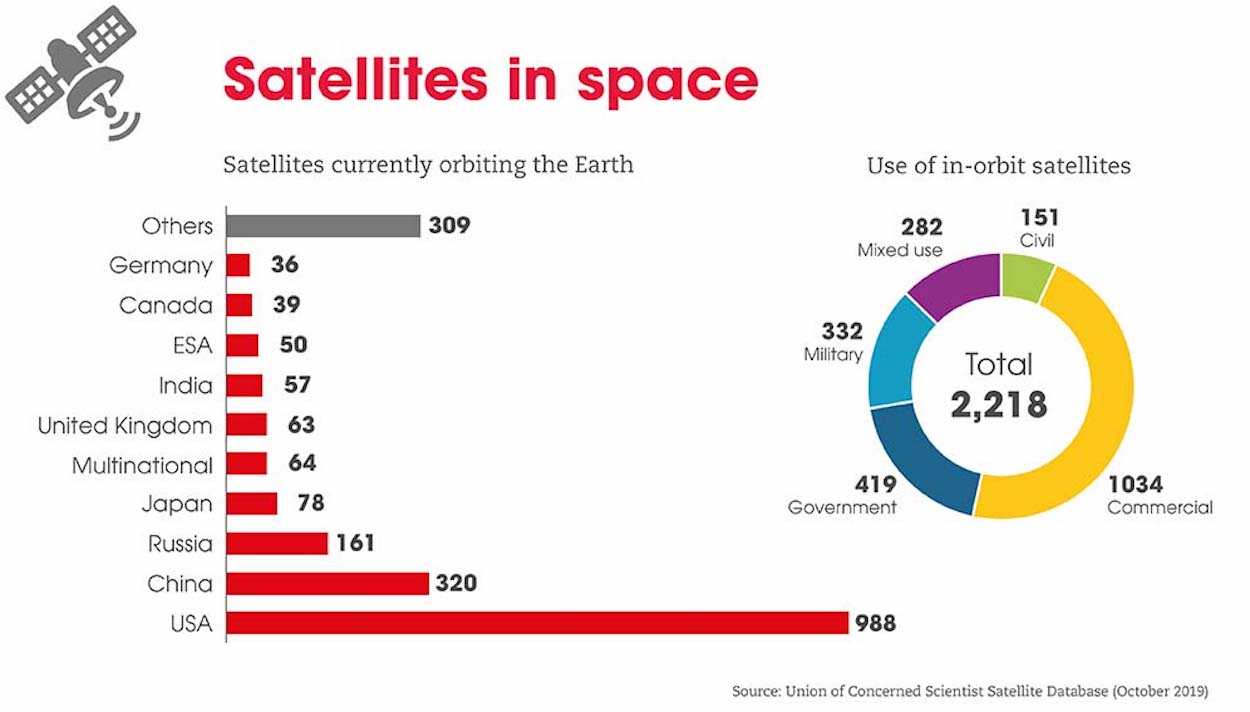 The rise of the global South

In a field traditionally dominated by major world economies, countries in the global South are looking to develop their own space initiatives. The Indian Space Research Organisation (ISRO) has been particularly active, setting a world record in 2017 by launching 104 satellites on a single mission – 88 of which were Planet CubeSats.

Africa also now has 14 space agencies, half of which have been established since 2010, according to an Organisation for Economic Co-operation and Development (OECD) report – while 11 countries in the region have launched satellites to date.

In addition, the Africa Regional Data Cube was launched two years ago in five countries – Ghana, Kenya, Senegal, Sierra Leone and Tanzania. The aim of this “open data cube” approach, gaining traction around the world, is to pull together in a freely accessible way the vast quantities of Earth observation data being generated and minimise the specialist knowledge needed to use it.

But lower-income countries still face significant constraints to investing in space, with limited financial resources often hindering involvement. Even in Nigeria, a leader in space spending in sub-Saharan Africa, its estimated outlay of US$48 million in 2018 was dwarfed by that of many high-income countries and the US$70 billion spent globally. 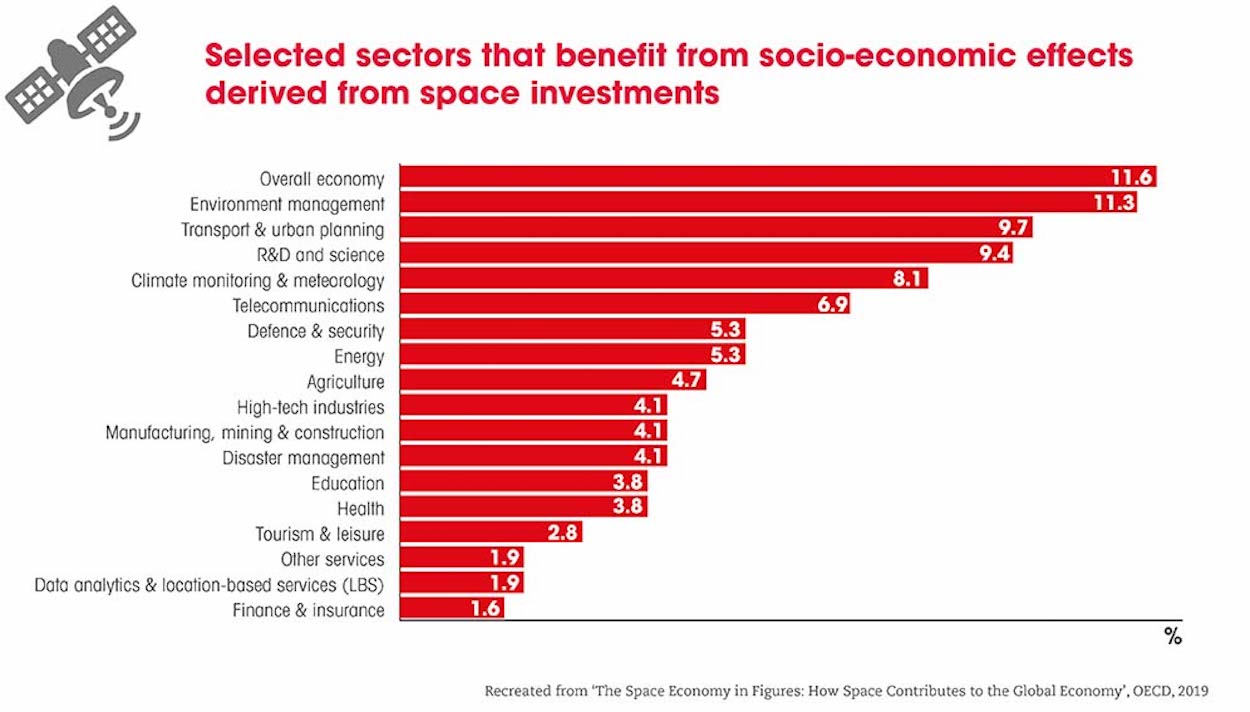 In addition, international aid for space-related projects in developing countries remains “modest”, according to the OECD. It reports that just US$607 million was committed to official development assistance (ODA) for space projects between 2000 and 2016, compared to an overall ODA commitment of US$188 billion in 2016 alone. This equated to well under 0.1 per cent of the total each year.

However, India is one developing country facing criticism for spending big on space when over 20 per cent of its population lives below the poverty line. A Yale University article cites the “tough sell” for space projects in Bangladesh, where an estimated 0.5 per cent of the country’s annual budget was spent on launching the Bangabandhu-1 satellite in 2018.

Among other obstacles to harnessing space technology, lower-income countries often lack the capacity and expertise to produce satellite information or provide user support with local resources, says a report by the UN Commission on Science and Technology for Development (CSTD). “In developing countries, losing even a single expert can jeopardise efforts in government agencies,” it adds.

This is in line with calls for the provision of training on the ground, while satellite data still requires “ground-truthing” to ensure it accurately represents the reality on Earth and meets local needs.

Furthermore, state-of-the-art satellite tech may not provide any benefit if data and apps are irrelevant or too expensive for end-users. A recent report by the Alliance for Affordable Internet highlighted that people living in Africa are charged an average of 7.1 per cent of their monthly salary for a gigabyte of mobile data, more than 3.5 times the threshold considered affordable.

Emerging regulatory issues with satellites and continued fears of surveillance via remote-sensing technologies also need addressing, while at a global level, the vast numbers of satellites heading into space raises the risk of collisions.

On top of that, a significant gender gap remains in making use of satellite technology in lower-income countries. This is despite the opportunity for women to offer unique insight into areas such as managing natural disasters, where the death toll can be alarmingly skewed towards them.

Efforts are, however, being made to address this: part of the Africa Hydromet Program, an initiative between the World Bank and Global Facility for Disaster Reduction and Recovery, mandates the inclusion of women in technical fields such as meteorology and hydrology.

Ensuring that satellites can bring real benefits to the global South calls for cooperation between international, regional, and national organisations and governments. 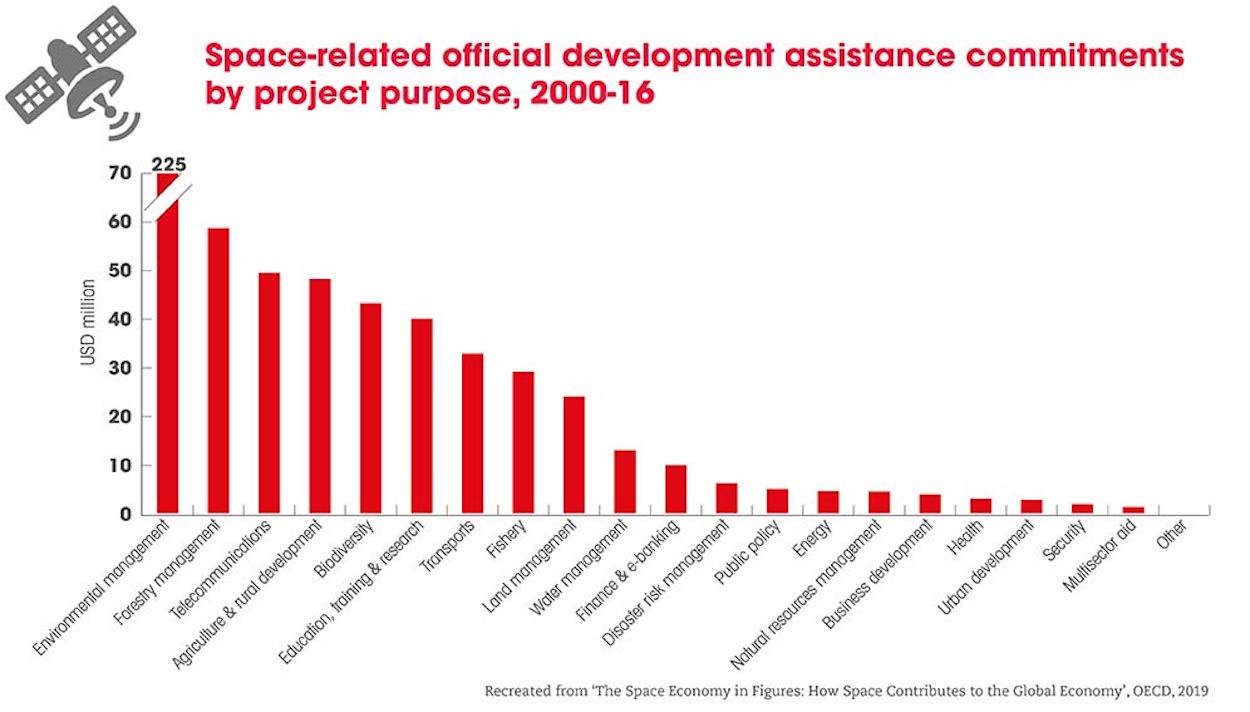 The CSTD cites examples of international efforts such as KiboCUBE. A collaboration between the UN Office for Outer Space Affairs and the Japan Aerospace Exploration Agency, this aims to lower barriers to space activities for researchers in developing countries by enabling them to create CubeSats for deployment from the International Space Station.

As traditional internet giants grow their presence in space, and commercial interests intermingle with philanthropic aims, a key challenge in our collective journey into space may be keeping an eye on the final destination – narrowing the poverty gap, not making it wider.

This paper has first been published by SciDev.net. It is part of a series about the ways satellites could help achieve the Sustainable Development Goals.