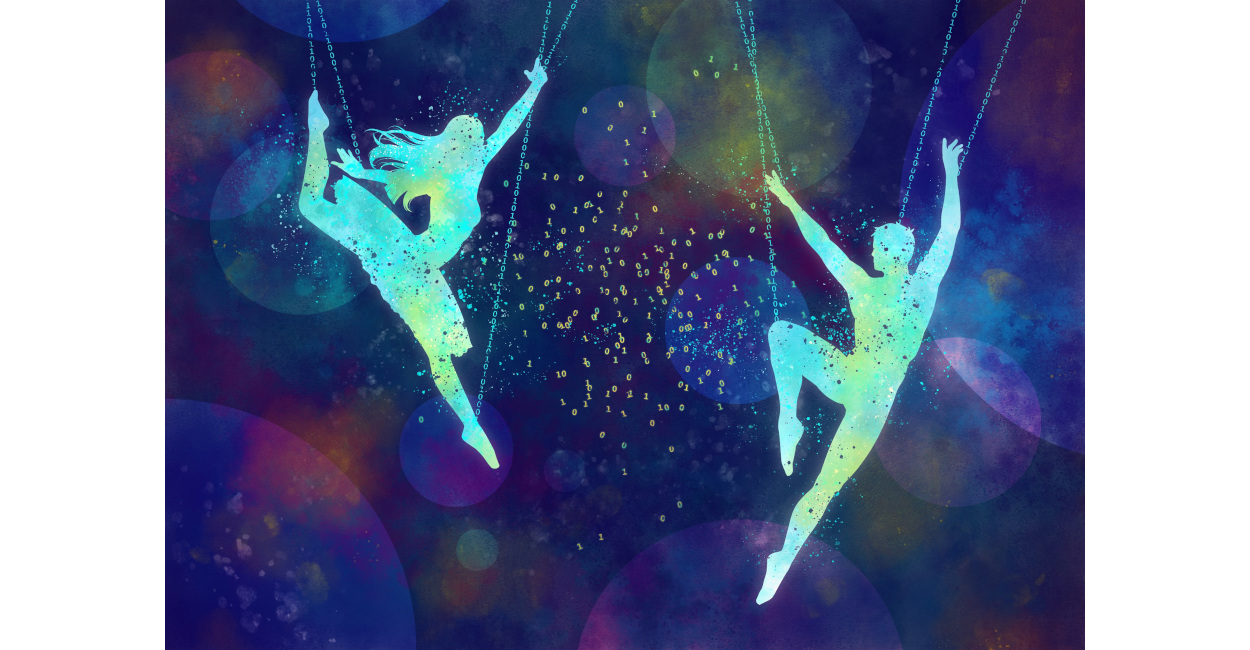 Physicists reveal a surprising relationship of a fundamental and universal nature between free choice and local realism.

Causality, locality, and free choice are related by a few simple formulas known as Bell’s inequalities. The sophisticated experiments in quantum optics over the past few decades have unquestionably proved that these inequalities are broken. Today, physicists are faced with a dilemma: should we accept a vision of the real world in which we question the assumption about the free choice of the experimenter, or reject the assumption of locality of the experiments?

Scientists from the Institute of Nuclear Physics of the Polish Academy of Sciences in Cracow (IFJ PAN), the British City University of London (CUL) and the German Technische Hochschule Mittelhessen in Giessen (THM) have confronted this problem. The results of their research that go far beyond physics alone are discussed in an article just published in the Proceedings of the National Academy of Sciences (PNAS).

“Realism is a physical concept in which we describe the world in terms of cause-and-effect relationships. Locality means that actions cannot disseminate instantaneously. So if physical reality is to meet the requirements of local realism, the result of the experiment will be influenced only by what is in its immediate vicinity, and not by what is happening right now in a distant galaxy”, explains Dr. Pawel Blasiak, the first author of the article.

Free choice, an apparently typically philosophical concept, can also be treated as a physical or even mathematical problem. In this approach, free choice refers to the variables that describe the parameters of an experiment, i.e. what we measure in the laboratory. We assume that we can choose these variables freely, regardless of what has happened in the past.

As part of a vision of the world in which local realism and free choice apply, one can derive Bell’s inequalities and then conduct an experiment to verify them. The main ideas can be illustrated as follows.

Alice and Bob work in laboratories at opposite ends of the galaxy. One day each of them receives a box. They place the boxes on their tables and at a certain point, open them carefully.

A spinning coin bursts out of the box, which each of the experimenters presses down on the table with their palms. Alice and Bob now note whether the coin has landed heads up or tails up.

Soon, more similar shipments arrive. After a while, Alice and Bob have a long list of observations in which they press down the coins in various ways. Neither sees anything unusual in their data: heads and tails appear on their lists in a purely random manner.

The situation changes dramatically when Alice and Bob meet at the Intergalactic Science Congress. They compare their data and suddenly it turns out that in the same observations, when Alice’s coin landed tails up, Bob’s coin always landed heads up – and vice versa.

So, they both assume that it is not a coincidence and that the correlations they observe must be attributed to some common cause lurking in the past of both objects sent from the same source. The mysterious shipper of the boxes could have simply instructed each coin how to land when pressed against the table in a given way.

If that were really so, Alice and Bob could guess this instruction and announce a spectacular discovery. Unfortunately, their efforts come to nothing!

Desperate, Alice and Bob ask the genius theoretician John for help. He first asks what assumptions the two scientists have adopted in their work as true and certain.

“We believe that the correlations we observed should be explicable by a series of causes and effects propagating over time”, says Alice. Bob clarifies, “We also think that no cause immediately affects the experiment if it is far enough away from the laboratory”.

They both firmly believe that the way they open the boxes is not imposed on them in any way and they are absolutely convinced that they are the ones making the decision about how they press down on the coin. To their great surprise, John calmly explains that all these assumptions cannot be reconciled with the correlations they observe.

In fact, Bell’s inequalities were discovered by the Northern Irish physicist John Stewart Bell in 1964. He was inspired by the problem of “spooky-action-at-a-distance”, posed by Albert Einstein, Boris Podolsky and Nathan Rosen in 1935.

In physical experiments, where the role of the coins is played by photons and heads and tails are their polarizations observed in various directions, these inequalities are indeed broken. Contemporary physics, therefore, has a fundamental dilemma: is it better to abandon the idea of local realism, or perhaps question the free choice of scientists?

Something no quite right

Few physicists are willing to question realism that presupposes causation in line with the arrow of time. So either something is “not quite right” with the assumption of local realism or with the free choice of the experimenters.

“The fact that reality is breaking Bell’s inequality provokes us to ask intriguing questions. For example: how often, while maintaining full locality, would we have to break free choice to recreate the correlations observed in the experiments? With each measurement, most of the time, or maybe just sometimes? Similarly, if we retain free choice, how often would we have to break locality?”, wonders Dr. Blasiak.

The scientists managed to derive formulas to calculate how often Alice and Bob would have to break locality or free choice to recreate the observed correlations (in quantum mechanics and not only). In particular, it turns out that the formalism of quantum mechanics enforces that with maximum entanglement between photons, the breaking of locality or free choice occurs with each measurement (which generalizes the previous results concerning locality itself).

“The most interesting thing is that Bell’s theorem is not a statement of quantum mechanics at all, but of the theory of probability, so it has a universal character. The theorems proved by us are also not limited to quantum physics itself, but apply to all situations dealing with correlations concerning separable systems”, emphasises Dr. Blasiak.

“Apart from physics in the strict sense, the breaking of locality or free choice does not have to be dramatic. In research on human behaviour, it would be enough for Alice to whisper something to Bob to violate locality”, notes Prof. Emmanuel Pothos, a psychologist at CUL. Another example is given by Prof. Christoph Gallus, economist at THM: “If Alice and Bob are players on the stock market, their choices may be correlated simply by using certain public information”.

The universality of the dependencies found opens the door to very practical applications, such as the study of the mechanisms of information flow in complex systems. It is worth emphasizing that the general nature of these sorts of considerations comes from the very nature of the question about the causes of the observed correlations, which is fundamental and common to the whole of science.

This article has first been published by the Polish Academy of Sciences.

Research on the Polish side was financed by the Polish National Agency for Academic Exchange and the American Office of Naval Research Global.

How institutions fighting COVID are perceived
20/08/2022