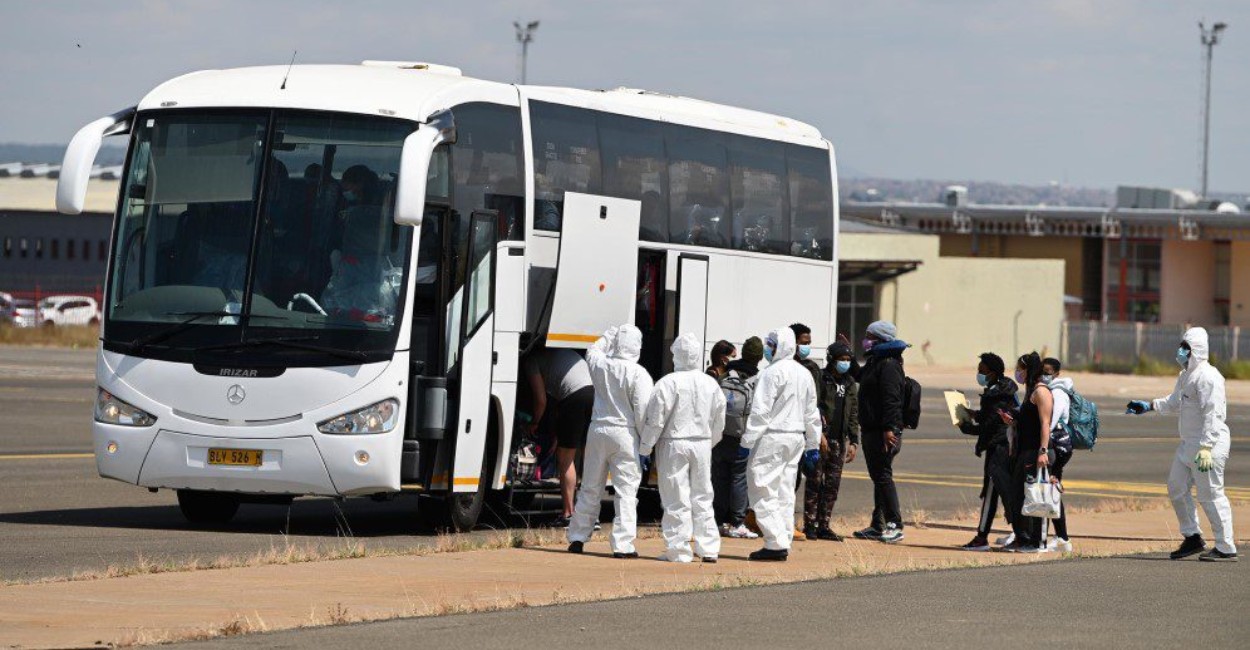 Aside been unscientific, the COVID-19-induced travel ban aimed at limiting the spread of the Omicron variant could aggravate poverty in African countries, scientists have argued.

The COVID-19-induced travel ban aimed at limiting the spread of the Omicron variant is unscientific and could worsen socioeconomic conditions in targeted African countries, African scientists say.

More than 20 countries around the world have detected the Omicron variant, with two Southern African countries — Botswana and South Africa — accounting for 62 per cent of the reported cases, according to a World Health Organization (WHO) statement.

But the United Kingdom, EU countries and the United States have imposed travel bans targeting only Sub-Saharan African countries including Eswatini, Malawi, Nigeria and Zimbabwe.

“There is a good reason to be worried about the new variant,” says Francis Hyera, head of the Department of Public Health at Walter Sisulu University in South Africa, adding that imposing immediate travel bans is “premature and could set a harmful precedent”.

“We need to collect data. We need to investigate and understand this variant,’’ he tells SciDev.Net.

It comes as the WHO reveals that less than a third of health workers in Africa have been vaccinated against VOCID-19, compared with over 80 per cent in high-income countries.

Omicron, classified by the WHO as a “variant of concern”, is a highly mutated variant containing 32 mutations in its spike protein. It was first reported to the WHO by South Africa last month (24 November).

WHO to stand with African nations

The WHO, in a statement on 28 November 2021, vowed to stand with African nations and called for borders to remain open, saying: “Travel restrictions may play a role in slightly reducing the spread of COVID-19, but place a heavy burden on lives and livelihoods. If restrictions are implemented, they should not be unnecessarily invasive or intrusive and should be scientifically based.”

Hyera adds: “If the [objective] is to prevent the variant from coming in, it really doesn’t make sense to exempt [other] countries where it has been identified and which have even more direct flights than Southern Africa.”

South African President Cyril Ramaphosa called on countries to “urgently” reverse the travel ban during a national address on 28 November 2021.

According to Elisha Osati, an internal medicine specialist at Muhimbili National Hospital in Tanzania, the travel bans, if left unaddressed, could leave Southern Africa and the wider continent in a tricky situation.

“Going forward, we could see other countries being influenced to impose further travel restrictions on Africa in case the Omicron variant spreads more widely. This could have a detrimental impact on our response efforts against COVID-19,” he tells SciDev.Net.

Abdou Salam Gueye, the WHO regional emergency director for Africa, says the origin of the new variant and the effectiveness of measures against it are being investigated.

“The only thing we are sure about when a country detects a virus is that the country’s surveillance system is good. That’s what happened in Southern Africa,” Gueye explains.

Strengthening the vaccination drive should have been the main focus despite the emergence of new variants, says Mohammed Mukhier, regional director for Africa, International Federation of Red Cross.

“Variants will continue to emerge while the virus continues to circulate. Vaccine, data and knowledge equity are key to protecting the African continent and the world,” says Mukhier in a statement published last month.

“We call on the international community to make decisions based on solid scientific evidence, and avoid any move which may unjustifiably lead to a further worsening of the socio-economic impacts of COVID-19.”

This report was first shared by SciDev.net