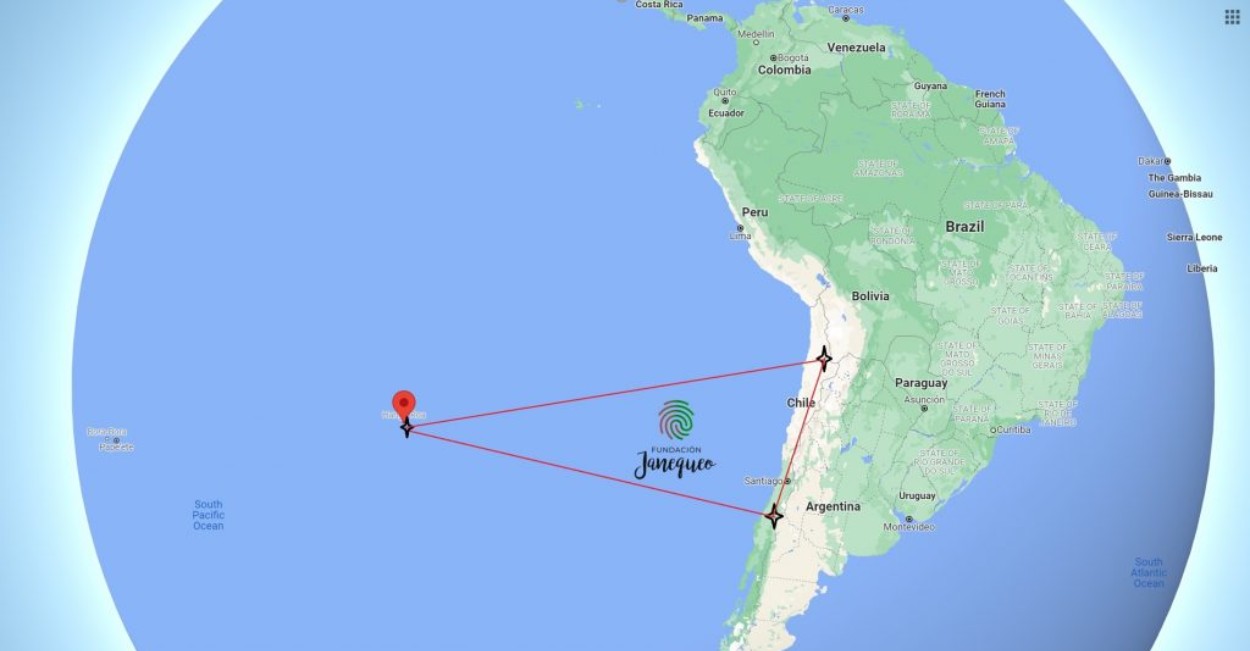 Despite having some of the best observatories in the world, Chile has not harnessed the full potential of astronomy as a source of development for the country. Until recently, astronomy has not been at the forefront of the national curriculum, and as you go south, outreach programs from the observatories, based in the north, fade. Educational conditions are tough in the poorer regions of the country and would benefit from having astronomy as a gateway into STEM studies and careers.

Furthermore, there is an opportunity to embrace the country’s roots since indigenous persons have studied the cosmos for thousands of years, and their culture is deeply interwoven into their cosmovision. Recent studies have shown Chile has become disconnected from its indigenous roots, so astronomy is a potential tool to reclaim and preserve this ancestral knowledge.

Yasmin Catricheo is a physics educator from Chile and a member of the Mapuche First Nation who works on developing projects for underdeveloped communities at the Associated Universities Inc (AUI).  As a child, she attended a school with few resources. Nonetheless, she eventually got into the field of astronomy, and since then she has worked to give back to her community those STEM opportunities she did not have, eventually leading to the creation of the Rediscovering Identity through Astronomy RITA project.

Rediscovering Identity Through Astronomy (RITA) is the main project of the Fundación Janequeo, a foundation that uses STEM  to educate, promote equality, preserve indigenous knowledge, and overall foster development in communities. RITA’s main goal is to use astronomy as a means to help indigenous students rediscover their ancestral roots and also get them acquainted with new STEM career paths.

The project works with indigenous educators and students in the Likan Antai, Pascuense, and Mapuche communities in Chile. Throughout the duration of the project, monthly astronomy questions were given to the students (e.g. ‘Has your community ever looked at stars?’), who were then encouraged to research and ask their communities about it. After each month, virtual meetings were held between the three participating schools at which students discussed their findings.

The direct audience impacted by RITA were 35 indigenous students from three different under-resourced schools. Their teachers and families were indirectly affected by the project as well. Gender distribution was around 50/50.

The project has stayed in touch with the teachers and is currently processing results from questionnaires and comments from the teachers. While this analysis is not finished yet,  some results are already apparent. To begin with, students became progressively more participative throughout the project: at first, very few students spoke or even showed their faces during the zoom calls, but at each meeting more of them started turning on their cameras, raising their hands, and talking more. Despite problems with the internet connection, the students made a visible effort to attend the meetings on time.

The engagement with their culture also proved to be successful. Students were able to answer the research questions, providing many interesting stories from their communities. For example, one student explained how he talked to his grandfather, who told him that his grandfather had once told him that when you look at the night sky you can contact your ancestors. Furthermore, the students successfully connected with others from different communities. Throughout the meetings, recurring themes of the relationship with the night sky came up for all three groups. For example, the three cultures had a strong connection to the Pleiades. Discussing these common points connected the kids from the different schools.

The project changed students’ perceptions that STEM and astronomy were not relevant to them. By the end of the project, one student declared he wanted to be an astronomer when he grew up, which is an encouraging result.

“RITA has planted a tiny seed in the children’s minds to get them interested in science, now we need to continue watering those seeds.” – Yasmin Catricheo, project coordinator.

Target 4.5 By 2030, eliminate gender disparities in education and ensure equal access to all levels of education and vocational training for the vulnerable, including persons with disabilities, indigenous peoples, and children in vulnerable situations.

By working with indigenous students from disadvantaged socioeconomic backgrounds, RITA is reducing inequalities in STEM education. There is evidence that the students were highly engaged and developed an interest in STEM and astronomy.

11.4 Strengthen efforts to protect and safeguard the world’s cultural and natural heritage.

By reconnecting the youngest generations with their community’s knowledge, indigenous cultural heritage is prevented from being forgotten. Students have learned more about their culture, engaged with older people in their families and communities, and also shared this knowledge with other communities, establishing new connections.

The next step for the RITA project is to create a project report including the questions and the answers of each student, and drawings from the students. The report will be published as a book and sent to the participating students. There are plans to organize a second version of RITA with different groups, which would culminate in a meeting of all participants. An international version of the project is also being planned.

The RITA project is an example of the multi-faceted contribution of astronomy to society. It has provided a way to preserve the cultures of First Nations, given students from underserved communities an exciting first contact with STEM,  and promoted new connections between communities. The project coordinator Yasmin commented  ‘I really saw myself in those kids. I only had one teacher at my school, I never had many opportunities (…)’.

Chile is particularly fertile ground to use astronomy to its full potential, as it has world-class observatories and many indigenous communities with strong connections to the night sky. One of the crucial outcomes of the project is that it sets an example for newer, creative ways of using astronomy to drive development.

The article was lifted from: https://www.astro4dev.org/case-studies/