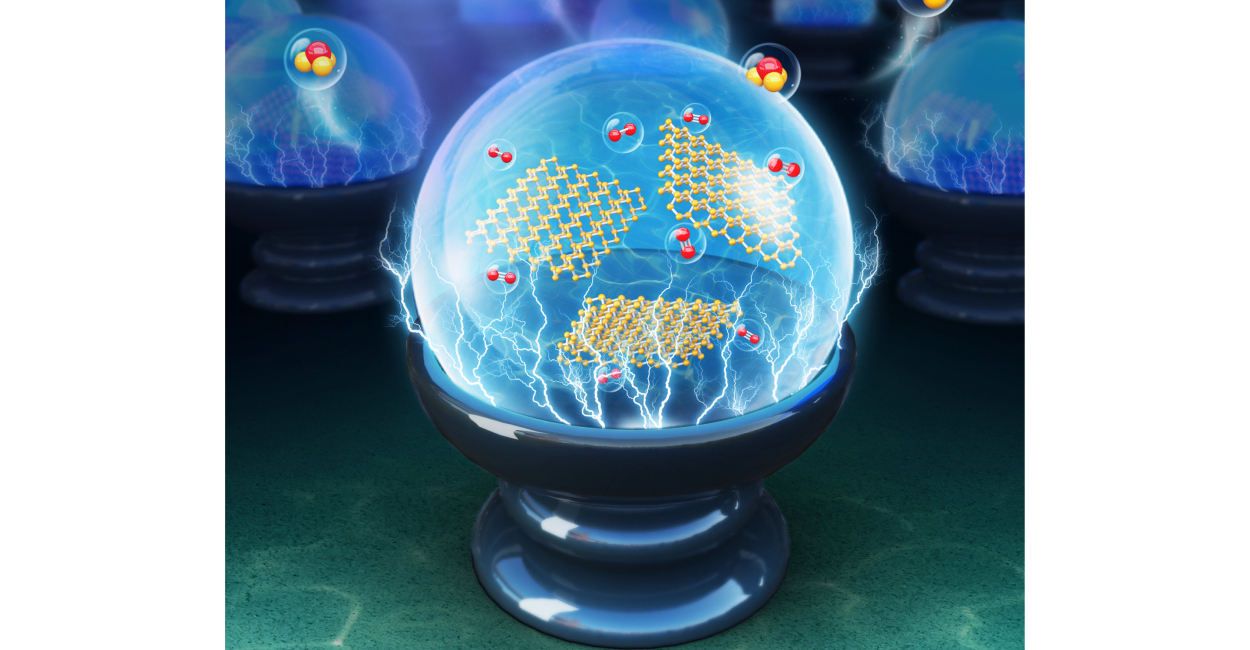 Nanostructured black phosphorus has been introduced as electrode material for ammonia photoelectrochemical synthesis.

Ammonia (NH3) is an important chemical in the industry and agriculture as well as an emerging energy carrier with large hydrogen content.

As an alternative to the high energy-intensive Haber-Bosch ammonia synthesis, photoelectrochemical (PEC) technique has been proposed to produce ammonia from N2 and H2O at ambient atmosphere. However, efficient and noble metal-free electrode materials are still the key to PEC synthesis of ammonia.

A research team led by Dr. Wang Jiahong and Prof. Yu Xuefeng from the Shenzhen Institutes of Advanced Technology (SIAT) of the Chinese Academy of Sciences proposed a black phosphorus (BP) electrode for efficient artificial synthesis of ammonia.

The electrode was fabricated by layer-by-layer assembly of BP nanosheets on an indium tin oxide (ITO) substrate as the metal-free two-dimensional catalyst for the photoelectrochemical (PEC) nitrogen reduction reaction (NRR).

The study entitled “Photoelectrochemical Synthesis of Ammonia with Black Phosphorus” was published in Advanced Functional Materials on April 20, 2020.

In this study, the BP electrode exhibited highly efficient PEC NRR activity with the ammonia yield rate of 102.4 μg·h-1 mgcat.-1, the Faradaic efficiency of 23.3% at -0.4 V and good long-term stability, which was the best among nonmetal catalysts for synthesis of ammonia by photocatalysis and electrocatalysis.

“BP has many features that are suitable for synthesis of ammonia,” said Dr. Wang Jiahong. “It’s a direct bandgap semiconductor with high carrier mobility as well as light absorption spanning a wide range. The weak hydrogen absorption on bare BP also can suppress the competing hydrogen evolution reaction. The NRR catalyst library would be expanded by the introduction of p-type two-dimensional material.”