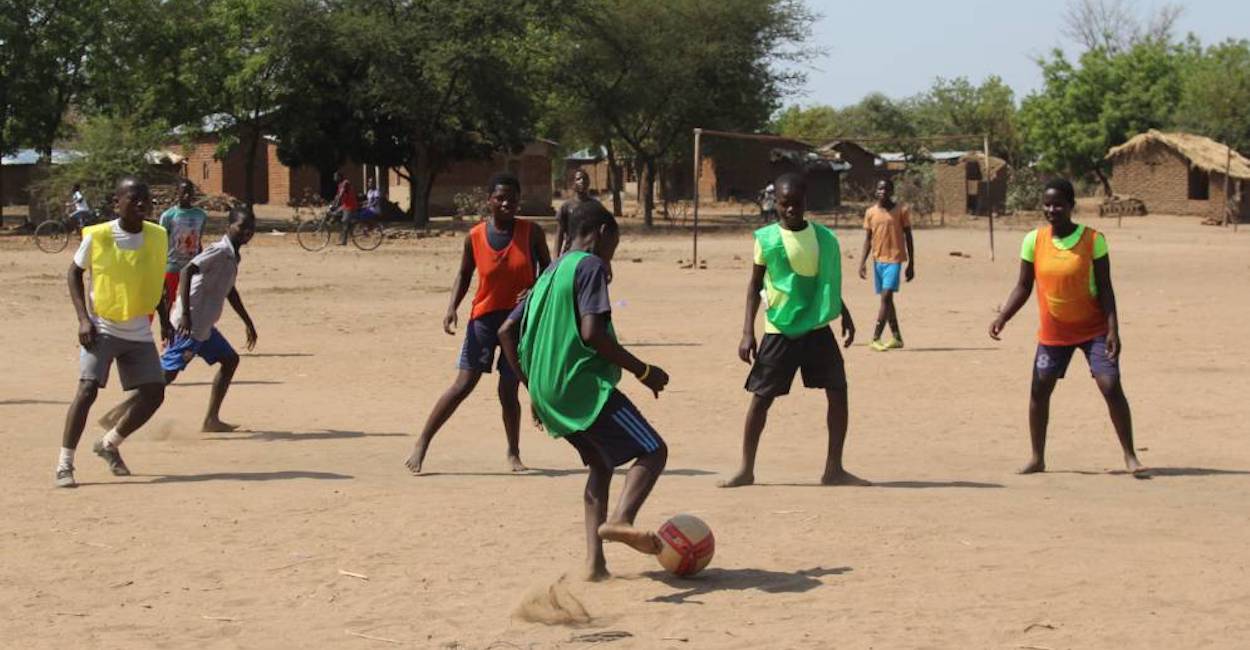 In Malawi, a project that used football to attract the youth and educate them on HIV/AIDS increased testing for HIV by about 30 per cent within this population.

Malawi has one million people living with HIV out of 17.6 million people in the country, according to the Joint United Nations Programme on HIV/AIDS.

“In the past, we used radio and videos but most of those mediums have not been very successful,” says Prince Chikweba, programme manager of the Malawi Liverpool Wellcome Trust.

A three years project, which started in May 2018 and was administered by the Liverpool Football Club Foundation, the Malawi Liverpool Wellcome Trust and Population Services International, trained two soccer coaches from Chikwawa district who further trained 25 football coaches including four women in early 2020 when it ended.

The project distributed over 3,000 HIV self-test kits at football tournaments and outreach meetings.

HIV self-testing —when a person collects their own blood and does a rapid test in privacy — became popular in Malawi through a four-year Self-Testing Africa initiative that started in 2016.

Soccer coaches were trained to disseminate HIV information in their communities, Chikweba adds. “The coaches are trusted by the people,” he says. “They are youth’s parents outside their home. The fact that the youth would say let’s go and have fun meant they never saw participation in the soccer matches as a health message.”

“The use of football as a vehicle for delivering this information and these services was universally highly accepted,” says the report published by Liverpool School of Tropical Medicine (LSTM) last month.

According to the report, 53 per cent of young people aged 14-24 years old reported that had tested for HIV, with the percentage rising to 83 per cent after intervention.

“What the Health Goals project highlights is that there are existing community structures in place that can be leveraged really effectively for health and development objectives,” explains Sara Begg, a research assistant at the LSTM who served as the monitoring, evaluation and learning lead on the project.

“Health Goals Malawi makes the case for considering integration and co-financing of activities across multiple sectors or departments such as sports, education, health and development to achieve results that are more than just the sum of their parts,” Begg adds.

The relevance of self testing

The relevance and importance of HIV self-testing has become more noticeable in the continuing COVID-19 pandemic in which HIV self-testing is enabling provision of HIV testing services to continue while COVID-19 containment measures are being followed, Satha adds. Eric Umar, head of health systems and policy at the University of Malawi College of Medicine, tells SciDev.Net that most those who test for HIV are likely to seek treatment at some point and that chances are also high that their sexual behaviour would change from high risk to low risk.

He adds that it might be important to set up some mechanisms that would ensure some form of follow up on those who use the test kits.

“This could include setting up a system that allows the people to inform the health system about their results,” he explains. “In return, the health system [will] … support them to access treatment and other necessary counselling in relation to living with HIV positively.”

🇬🇧 Trials of new vaccine candidates must be accelerated and existing vaccine use stepped up to prevent life-threatening infections that can no longer be beaten by antimicrobial medicines, says @WHO.