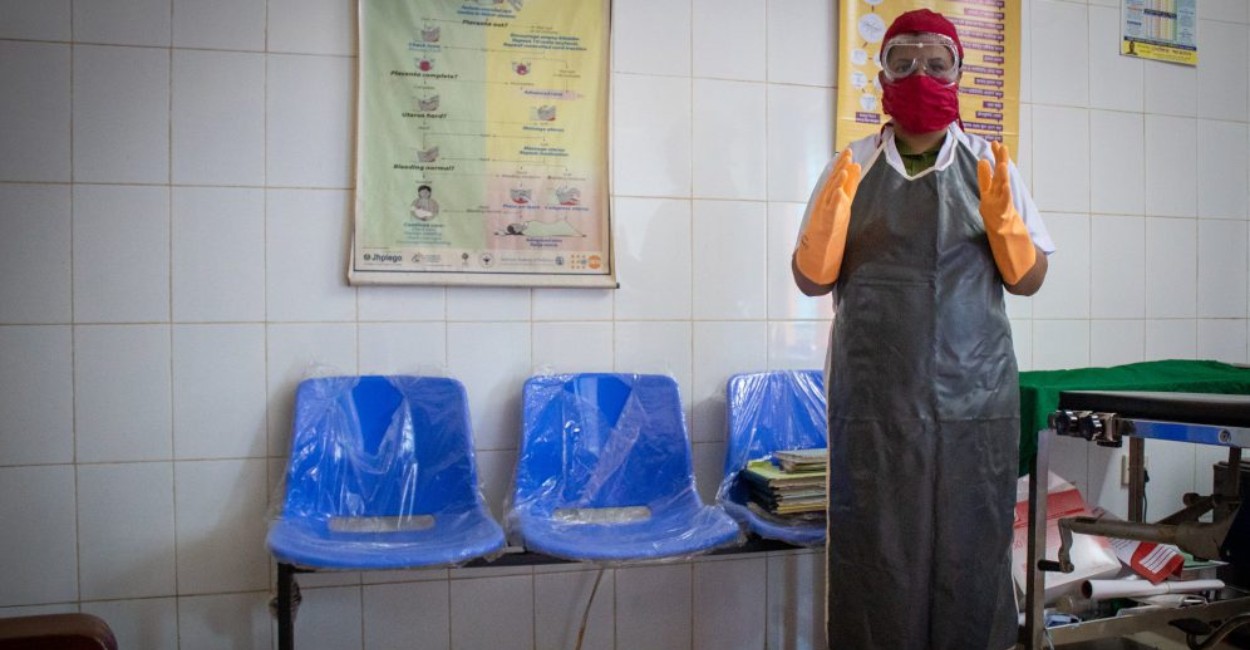 Designed to fortify all gender of health workers, personal protective equipment, PPE, have often failed to protect women, who are leading the frontlines in the COVID fight, reports Laura Owings.

Less than one in five female frontline health workers say protective clothing fits them properly, according to a survey from the Women in Global Health network.

Just 14 per cent of women surveyed globally reported that personal protective equipment (PPE) did what the name suggests – provided them protection from infection.

The report documents gendered challenges around PPE in the health sector. Surveying 892 women from more than 50 countries, it reveals pervasive inequities in PPE access, fit and design.

PPE is primarily designed for men and often fails to protect women, research has shown. While 70 per cent of the world’s health and care workers are women, they fill just 25 per cent of senior leadership roles.

“Women are 90 per cent of nurses and have been the vast majority of healthcare workers in patient facing roles in the pandemic,” the Women in Global Health (WGH) report says. “Therefore, if medical PPE is not fit for women, it is not fit for the majority of the health workforce.”

PPE too big for women

According to the report, PPE of all types is too big for women, including respirators, gloves and gowns. Poorly fitting masks were highlighted as particularly problematic.

“Ill-fitting masks not only fail to protect women but also cause suffering,” said the report, noting that commonly cited efforts to modify masks for a better fit caused sores and bruising.

Menstruation was another challenge for women wearing PPE. Compounded by the fact that PPE coveralls cannot be removed when using the toilet without being discarded, menstruating women reported stress, anxiety and health impacts such as rashes and infections from wearing sanitary pads for too long.

For women in low- and middle-income countries, where global shortages and the affordability of PPE restricted supply, women reported having to make tough decisions about whether they could use the toilet.

“With the risks of contamination and the shortage of PPE supply, you really have to think twice about taking it off,” said one nurse from Zambia. “I knew there was a chance that I would not get more PPE again if I decided to go to the bathroom during my shift.”

Rachel Thompson, policy and research associate at WGH and lead author on the report, said that disparities in PPE had been known for some time, but COVID-19 pushed the issue into the spotlight.

“During the pandemic, health workers have had to wear PPE for the full duration of shifts, for months at a time. Issues with poor fit and design can no longer be ignored,” she told SciDev.Net.

With the World Health Organization predicting a global shortfall of 18 million health workers by 2030, mostly in low- and lower-middle income countries, the provision of adequate PPE could prove crucial for staff retention and supporting those who remain.

“PPE matters to women health workers. It’s important for their safety but also for morale and a symbol that they are valued and being protected,” Thompson said.

WGH has used the report to call on governments, employers and development bodies, such as the WHO, to develop and adhere to essential standards for gender appropriate PPE. The network has also appealed for the elevation of women to senior health leadership roles, where they can influence PPE procurement decisions.

“COVID-19 has shone a light on inequalities that have always been there and have been exacerbated, and drawn attention to issues related to sex and gender that we’ve never seen before,” Morgan said.

“This is a wakeup call to build healthcare systems that are inclusive and protective of healthcare workers before we get to the next crisis point.”