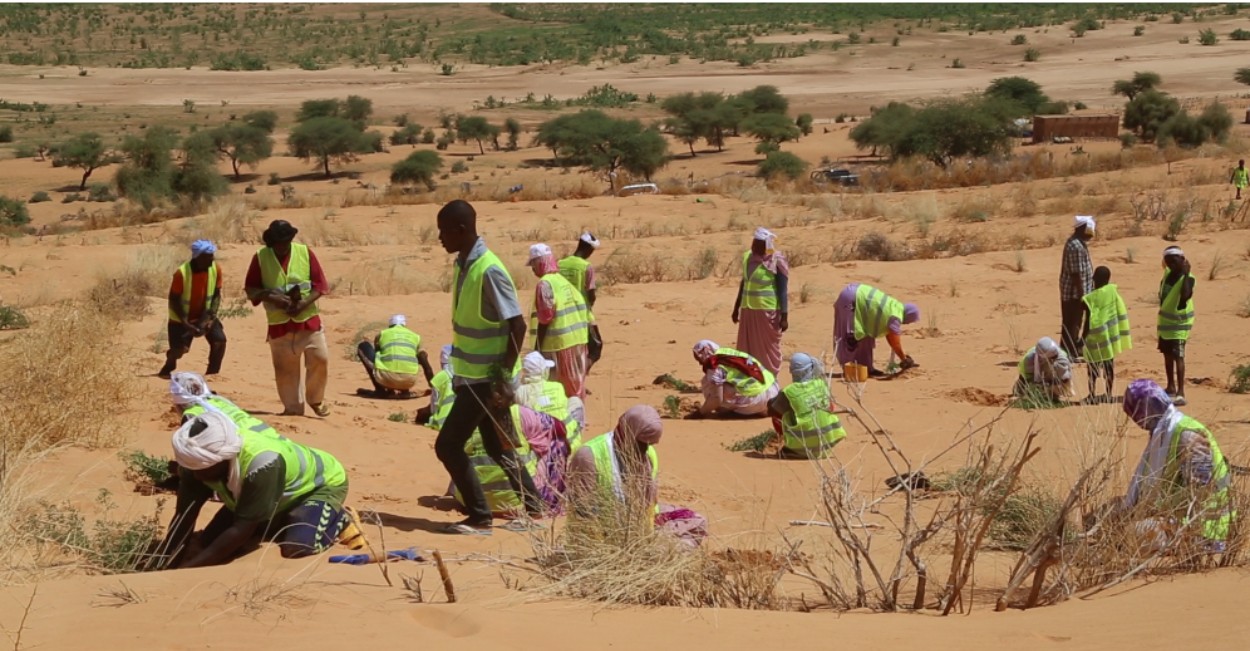 Immediate investment in large-scale land restoration is needed to mitigate harms caused by degradation, that is directly affecting half of the world’s population, says a UN report.

Humanity has altered an estimated 70 per cent of all land on Earth and up to 40 per cent of land is now degraded, meaning it has lost some of its natural productivity, says a report by the United Nations Convention to Combat Desertification (UNCCD).

Poor rural communities, small-scale farmers, women and youth are among those most affected by the consequences of this trend, which include increased poverty, hunger, pollution and disease, the Global Land Outlook 2 (GLO2) warns.

Land degradation is caused by multiple factors but a major contributor is mismanagement of land resources, leading to a decline in soil fertility. It is contributing to the escalation of climate change and biodiversity loss, according to the UNCCD, which says a “crisis footing” is now needed in response.

UNCCD executive secretary Ibrahim Thiaw says that the health and continued survival of many species, including our own, is threatened by the way land resources — soil, water and biodiversity — are mismanaged and overexploited.

The report calls for immediate financial support to fund conservation and restoration in developing countries with a greater share of the global distribution of intact, biodiverse, and carbon-rich ecosystems.

Without immediate action to stop the continued deterioration of terrestrial ecosystems and land degradation, the world is at risk of losing about US$44 trillion — roughly half the world’s annual economic output — as nature’s services that regulate climate, water, disease, pests, waste and air pollution dwindle, the report warns.

It says the economic returns of restoring land and reducing degradation, greenhouse gas emissions and biodiversity loss are estimated at US$125 trillion to US$140 trillion every year,  which compares with global GDP of US$93 trillion in 2021.

Meeting the UN pledge to restore 1 billion degraded hectares by 2030 requires US$1.6 trillion, it suggests.

The report, developed by 21 partner organisations and with more than 1,000 references, projects the consequences of three scenarios through to 2050: “business as usual, restoration of 50 million square km of land, and restoration measures augmented by the conservation of natural areas important for specific ecosystem functions”.

If business as usual continues through to 2050, GLO2 foresees the further degradation of 16 million square km, an area the size of South America. “The Middle East, North Africa, sub-Saharan Africa, and Latin America will be the worst affected,” said Thiaw.

He added: “An additional 69 gigatonnes of carbon will be emitted through 2050 due to land-use change and soil degradation, equal to 17 per cent of current annual greenhouse gas emissions.

“We cannot underestimate the scale and impact of these existential threats. A crisis footing is needed to conserve, restore and use land sustainably.”

In the restoration scenario, about 5 billion hectares of land would be restored if measures such as agroforestry and grazing management are utilised. This could lead to an increase of crop yields of five to 10 per cent in most developing countries by 2050, the UNCCD predicts.

In the third scenario, restoration measures and protection efforts would result in an additional 4 million square kilometres of natural areas, and a halt to land degradation by logging, burning and draining, or conversion.

Thiaw cited the recent replenishment of the Global Environment Facility and commitments to projects such as the Great Green Wall of the Sahara and Sahel as potential solutions. But he also stressed the importance of finding new ways to attract private finance and “influence private investment decisions so that production and consumption becomes more sustainable”.

“The costs of doing this restoration work are a fraction of the $700 billion in fossil fuel and agricultural subsidies that are spent each year,” he added. “We could certainly consider redirecting some of these subsidies and incentives to support restoration.”

Ahmed Kenawy, assistant professor of physical geography at Mansoura University in Egypt, said: “Due to their low capacity of adaptation, the negative impacts of climate change and land degradation will be more accelerated in the global South, where many countries suffer from socioeconomic and political instability and civil unrest.

“These impacts may extend to include shortages in food supplies, mass emigration, and the continued extinction of species. People’s health will also decline; there will be more spread of zoonotic diseases, and land resources will become more at risk.”