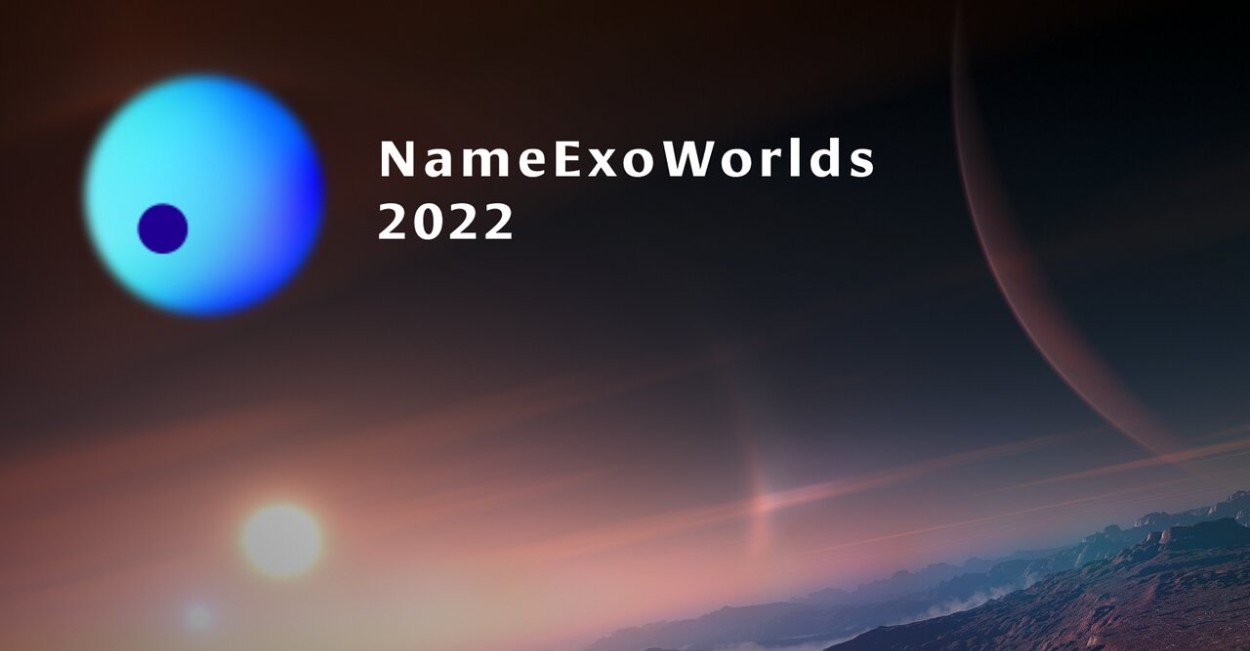 To celebrate the 10th anniversary of its Office for Astronomy Outreach (OAO), the International Astronomical Union (IAU) is launching a contest tagged: NameExoWorlds 2022.

To celebrate the 10th anniversary of its Office for Astronomy Outreach (OAO), the International Astronomical Union (IAU) is launching a contest to name 20 exoplanetary systems to be observed by JWST. The competition, NameExoWorlds 2022, was announced during the XXXI IAU General Assembly, held in Busan, South Korea. The contest seeks to bring together both professional astronomers and the wider public, giving them the opportunity to name the 20 selected exoplanets along with their host stars.

Through the NameExoWorlds initiatives, the IAU and its partners recognise the importance of the connections between the sky and our diverse cultures. The NameExoWorlds 2022 contest invites communities across the globe to connect their own cultures to these distant worlds. Each team can propose a name for an exoplanet and its host star from a list of confirmed objects (referred to collectively as “ExoWorlds” in this competition).

Cultures around the world have long made connections with objects in the natural world by giving them names in their native tongues. Many civilisations have developed their own stories, mythologies, and cultural contexts around specks of light in the heavens above. Through these connections we eventually found our place among the stars. This is the story of how astronomy came to be among the earliest of the disciplines we now call science, and the beginning of humanity’s eternal quest to understand the Universe around us.

When the IAU was created in 1919, one of the tasks delegated to the professional astronomers was to catalogue celestial objects and provide consistent conventions for naming them. Advances in science and technology have recently enabled us to detect a new category of celestial object, called exoplanets — planets orbiting other stars. The first exoplanets were discovered just three decades ago and over 5000 have been identified since. Most of these planets are only referred to by their scientific designations and have no connections to our stories and cultures.

Reflecting the truly international interest in astronomy, the first NameExoWorlds competition, in 2015, named 19 ExoWorlds (14 stars and 31 exoplanets orbiting them), with over half a million votes from 182 countries and territories. In 2019, as part of the IAU’s centennial celebrations, the 2019 NameExoWorlds competition offered every country the chance to name one planetary system, comprising an exoplanet and its host star. As part of this contest, 112 countries organised national campaigns that involved the direct participation of over 780 000 people worldwide.

The systems to be named by NameExoWorlds 2022 are of special interest, as they are among the first exoplanet targets of the James Webb Space Telescope (JWST). This international space observatory, led by NASA with its partners, ESA and the Canadian Space Agency, had its first light in July 2022. The exoplanets have been discovered through a mix of techniques, mostly via the transit method and direct imaging.

NameExoWorlds 2022 is a collaboration between the Executive Committee Working Group on Exoplanetary Systems Nomenclature and the IAU Office for Astronomy Outreach. Anyone, including students and teachers, astronomy enthusiasts, amateur astronomers and exoplanetary scientists, may form a team and propose names for 20 exoplanetary systems, each of which consists of one known exoplanet and its host star.

Debra Elmegreen, IAU President, notes “It is exciting to have a new NameExoWorlds competition underway to celebrate the 10th anniversary of the Office for Astronomy Outreach. Their work over the past decade has had a global impact, and this competition is yet another way to bring people together through astronomy.”

“In the last decade, the OAO has strived to build bridges between professionals, amateurs, communicators, educators, and the public. Through its collaborative nature and diverse levels of scientific engagement, NameExoWorlds is one excellent example that embodies OAO’s mission of making astronomy accessible to all,” adds Lina Canas, Director of the IAU Office for Astronomy Outreach.

How can you participate?​

The proposals will go through a two-step process of selection. First, a national selection panel led by the National Outreach Coordinators (NOCs) will select a national candidate and two backup names. Then a final selection committee — composed of the Working Group on Exoplanetary Systems Nomenclature and the exoplanet discoverers — will consider the candidates proposed by each country and select a name for each ExoWorld.

The names will be selected based on the description and meaning behind them and the outreach activities held by each team. Finally, the 20 ExoWorlds will be announced, and the associated names will be recognised by the IAU as the official public names of these ExoWorlds.