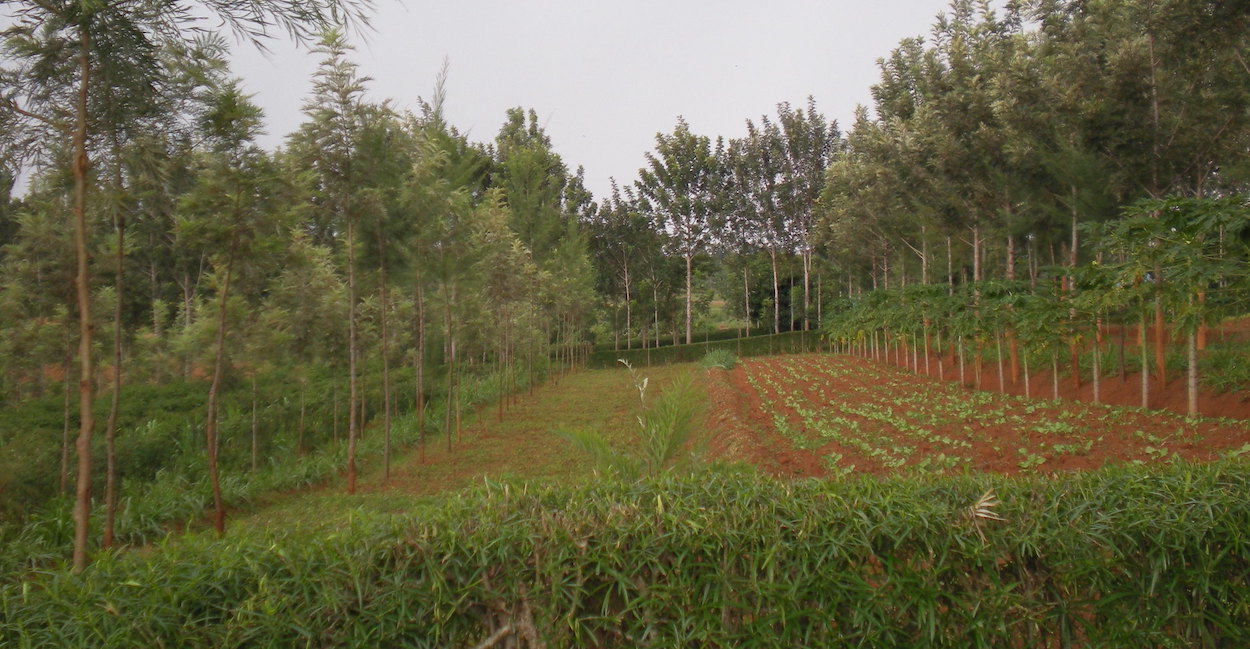 In this article, Laura Owings reveals how farming innovations rooted in nature and plant science could forge path towards future food systems.

Hidden forests, locust-thwarting biopesticides and genomic techniques to improve crop resilience: these are just some agricultural innovations rooted in nature and plant science that could pave the way towards the food systems of the future.

With such methods already being explored in developing countries, they may provide answers to meet the burden of feeding an estimated global population of 8.5 billion by 2030. But scaling-up these innovations will depend on collaboration between policymakers, financers and consumers to support a food system designed for the planet’s long-term health.

Farmers in southern Niger have worked with nature to turn five million hectares of barren land green since 1985. “It is the biggest positive environmental transformation in Africa,” says Chris Reij, a senior fellow at the World Resources Institute.

“Farmers started to protect and manage woody species that emerged spontaneously either from stumps of trees still in the soil or seeds in the soil,” he says. “Their conclusion was that the practice had a positive impact on their crop yields and livelihoods.”

Traditional practice was to remove trees from farmland, for fear they would compete with crops for nutrients and water. However, farmer-managed agroforestry observed by Reij in the Zinder and Tahoua regions brought wind and drought protection, while aiding production of 500,000 additional tonnes of cereals annually.

Agroforestry — growing trees or shrubs with agricultural crops and livestock — is gaining increasing interest. According to a working paper from global food partnership CGIAR, 40 per cent of developing countries mention agroforestry as a measure of climate change mitigation or adaption in their national climate strategies. Interest is particularly high in Africa, at 71 per cent of countries, compared with 34 per cent in the Americas and 21 per cent in Asia.

Before the wider management of on-farm trees in Niger, Reij says winds would destroy crop cover and force farmers to plant crops three or four times a year. “Now, wind speed is reduced by trees so that crops are planted only once, allowing the growing season to increase,” he says.

These benefits are driving agroforestry to be adopted in other African countries, including Mali, Ethiopia, Senegal, Burkina Faso and Malawi. According to Reij, the practice is also gaining support in Latin America and Asia.

For all its successes, however, he notes of Niger’s example: “It’s not a magic solution… This is a foundational practice of agroforestry which can create the right basis for other measures that intensify agriculture in a sustainable way.”

Using natural materials such as plants, animals and bacteria to fight crop pests is another innovative farming tool. Such ‘biopesticides’ offer an alternative to chemical pesticides and their impacts on animal, human and environmental health, says the International Centre of Insect Physiology and Ecology.

Among the biopesticides now in use is Green Muscle. Developed by CABI, the parent organisation of SciDev.Net, it is derived from the fungus Metarhizium acridum, which naturally grows in soil and has a devastating effect on locusts.

Locusts are the world’s most dangerous migratory pests, according to the UN’s Food and Agriculture Organization (FAO). Driven by “unexpected weather conditions and cyclones fuelled by climate change”, the worst swarms in decades hit Ethiopia, Kenya and Somalia in 2020, with major swarms also in South Asia and the Middle East.

Hundreds of thousands of hectares of crops were damaged in Ethiopia alone, exacerbating a crisis which the FAO estimates left 12.9 million people in the country facing acute food insecurity.

“There are huge locust outbreaks in Africa and chemical pesticides are very effective in quickly knocking locusts down. But there are side effects,” says Belinda Luke, biopesticide team leader at CABI. Research by Imperial College London has identified impacts including soil and drinking water contamination, as well as loss of birdlife, bees, fish and poultry.

According to Luke, Green Muscle is host-specific — this means it will only act when it comes into contact with a locust, setting off a chemical cue that initiates germination. “If it lands on a different organism, it won’t have those cues and won’t start to germinate,” says Luke.

Once spores start to germinate, the fungus begins to grow inside the locust, causing it to slow down, stop eating and ultimately die.

The cycle takes between seven and 14 days, which means stopping locusts requires early detection and treatment. “You can’t wait for the outbreak, you have to kill them before they become adults,” says Luke.

This is a challenge because farmers are not always aware locust plague could be on its way. “Then it becomes a blind panic around what to use, and chemical pesticides are what people know,” says Luke.

While the 2020 locust outbreak resulted in increased interest in Green Muscle from South America, Pakistan, Brazil and throughout Africa, other fungus-based biopesticides are also being explored, such as those to battle animal ticks and fall armyworm.

Luke says, however, that a balanced approach to pest control may ultimately be the way forward. “There is a place for chemicals, but we don’t have to automatically go that route. We have to first ask what is better for the environment and human health,” she says.

The future of agriculture may involve developing new nutritious and climate-resilient crop species using conventional breeding and gene editing techniques. This is being explored by Peter Emmrich, a plant scientist at the Norwich Institute for Sustainable Development in the UK.

His research focuses on grass pea, a legume plant high in protein and fibre. It has been grown and eaten in India, Bangladesh and Ethiopia for the last 2,500 years, according to a study by researchers at the University of Addis Ababa.

However, concerns about the risk of lathyrism — a form of paralysis caused by eating the plant in large quantities — has led to bans on the trade of grass pea in some regions, including India. Despite this, it remains a popular pulse among farming communities.

“Our work is to remove the risk of toxicity by developing safe varieties and building tools for grass-pea breeding,” Emmrich says. To do this, he and his colleagues are exploring methods to develop new toxin-free varieties.

“If we can disrupt the right genes, we could stop the plant from making something it’s already producing,” Emmrich says. “We could then diversify cropping systems so that under difficult conditions this crop may fare better than others.”

While he notes that satisfying costs and patents associated with genetic modification (GM) regulation is a barrier, there is evidence of a future shift in policies. A European Commission study published in April found that some genomic techniques could aid a “more sustainable food system”, prompting the potential to update existing GM legislation.

Concerns remain over GM, including that practices might lead to long-term environmental impacts and biodiversity-limiting monocultures. However, there is a current debate on whether gene editing should be included in GM definitions, with some arguing that DNA changes resulting from the technique are no different from those that can occur in conventional breeding or nature.

Countries in regions such as Sub-Saharan Africa are beginning to approve GM crop varieties, according to research from the Institute of Plant Science at the Norwegian University of Life Sciences, which lists Ethiopia among a handful of countries on the continent currently cultivating GM plants. South Africa is, however, cited as the only African country so far to approve a GM staple food crop for direct consumption, in the form of white maize.

Still, Emmrich says that crop science is only part of a picture that must be viewed through a lens of seed systems, social sciences and economics. “Unless we come up with better agricultural systems, these improved crops aren’t going to have the effects we hope for them,” he says.

“We need policy and incentives that are more in line with sustainable practices,” he says, calling for trade agreements that integrate agricultural innovations and green finance options.

He also stresses the consumer’s role in driving change alongside farmers. “When consumers say they want a product that is farmed sustainably, that information comes to the farmer and [the farmer] makes adjustments,” he says.

Amid the global increase in frequency and severity of climate events such as droughts, floods and wildfires, Silandela says the future of agriculture should be viewed as everyone’s responsibility.

“Sustainable practices mean taking responsibility for the impact decisions are having along the value chain, including with communities, biodiversity and natural ecosystems,” he says. “That’s how we will sustain the land and sustain future generations using it.”