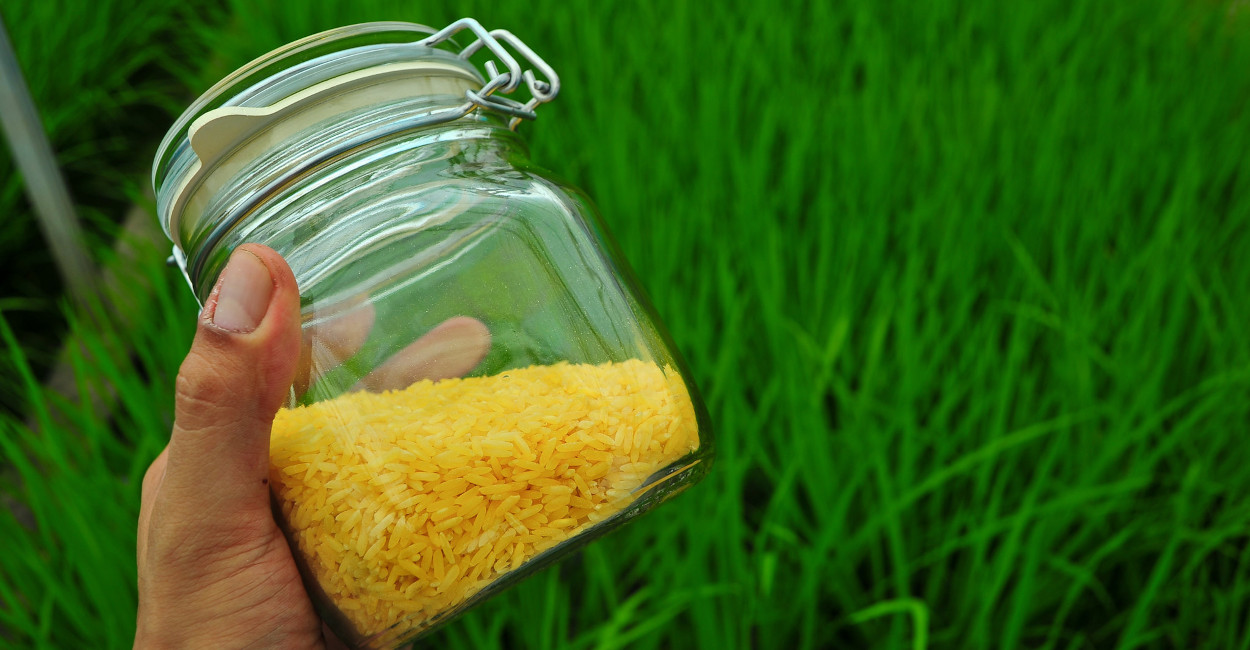 While genetically modified Golden Rice has finally been cleared for commercial production in the Philippines, 20 years on from its inception, market availability is at least two years away, developers admit.

The Philippines last month became the first country to approve commercial production of Golden Rice, genetically engineered to have higher levels of beta-carotene, which the body converts to Vitamin A. Beta-carotene gives the rice a golden yellow colour, as it does fruits and vegetables like squash, papaya and carrots.

Reynante Ordonio, Healthier Rice project lead at the Department of Agriculture-Philippine Rice Research Institute (DA-PhilRice), which developed the rice with the International Rice Research Institute (IRRI), says that cultivation will start in select farms from April to October 2022 while pilot deployment is expected to start between November 2022 and March 2023.

A biosafety permit, issued on 21 July, certifies that the GM rice has “undergone satisfactory biosafety assessment” and can be propagated. The clearance comes two decades after the development of Golden Rice was first announced but was slowed down by technical difficulties particularly on yield issues, and opposition from anti-GM groups.

According to the World Health Organization, Vitamin A deficiency is the world’s leading preventable cause of childhood blindness with up to 500,000 children falling victim to it each year, mostly in Africa and South-East Asia. Vitamin A deficiency puts children at increased risk of respiratory, diarrhoeal and other common infections besides causing slow bone development and stunting. It has been linked to pregnancy and lactation issues and higher maternal mortality rates.

Gather evidence on the nutritional impact

According to a 2020 report by the Philippines’ Food and Nutrition Research Institute (FNRI), children less than one year old had a higher Vitamin A deficiency prevalence compared to those between one and five years of age, and prevalence in rural areas was higher (19.5 per cent) than those in urban areas (13.7 per cent).

“Moving forward, Golden Rice research will focus on working with the nutrition sector and local communities to gather evidence on the nutritional impact of Golden Rice and on expanding partnerships in countries where it may provide significant public health benefit,” says Russell Reinke, Healthier Rice project lead at IRRI.

“We are hopeful that the positive response of Philippine regulators strengthens confidence in the safety and potential impact of Golden Rice in other countries where rice is a staple food crop.”

Golden Rice has already received food safety approvals from regulators in Australia, Canada, New Zealand and the US, according to IRRI, which developed Golden Rice with DA-PhilRice. It is also currently undergoing final regulatory review in Bangladesh.

The approval of Golden Rice is a “triumph for science”, said Paul Teng, adjunct senior fellow at the Centre for Non-Traditional Security Studies at the S. Rajaratnam School of International Studies (RSIS), Nanyang Technological University, Singapore.

“This approval of Golden Rice and the lesser-known Bt eggplant are therefore milestones in the use of biotechnology to meet food security needs through more (nutritious) food with less pesticides,” Teng said in a piece originally published by RSIS.

“At a time when food security worldwide is being threatened by disruptive forces like climate change and pandemics, technology has an important role to play in innovating solutions,” he wrote.

Activists have long opposed the development and deployment of Golden Rice. Greenpeace Philippines demanded the withdrawal of its approval in the country, citing incomplete data and lack of transparency and public participation.

Activist farmers group Magsasaka at Siyentipiko Para sa Pag-unlad ng Agrikultura said in a statement that “there is no need for Golden Rice,” adding: “Malnutrition is primarily caused by lack of access to sufficient, nutritious and safe food due to poverty, inaccessibility, and the changing food production and consumption patterns.”

Food fortification of staple and processed foods is already being employed in the Philippines to address Vitamin A deficiency, according to the FNRI report.