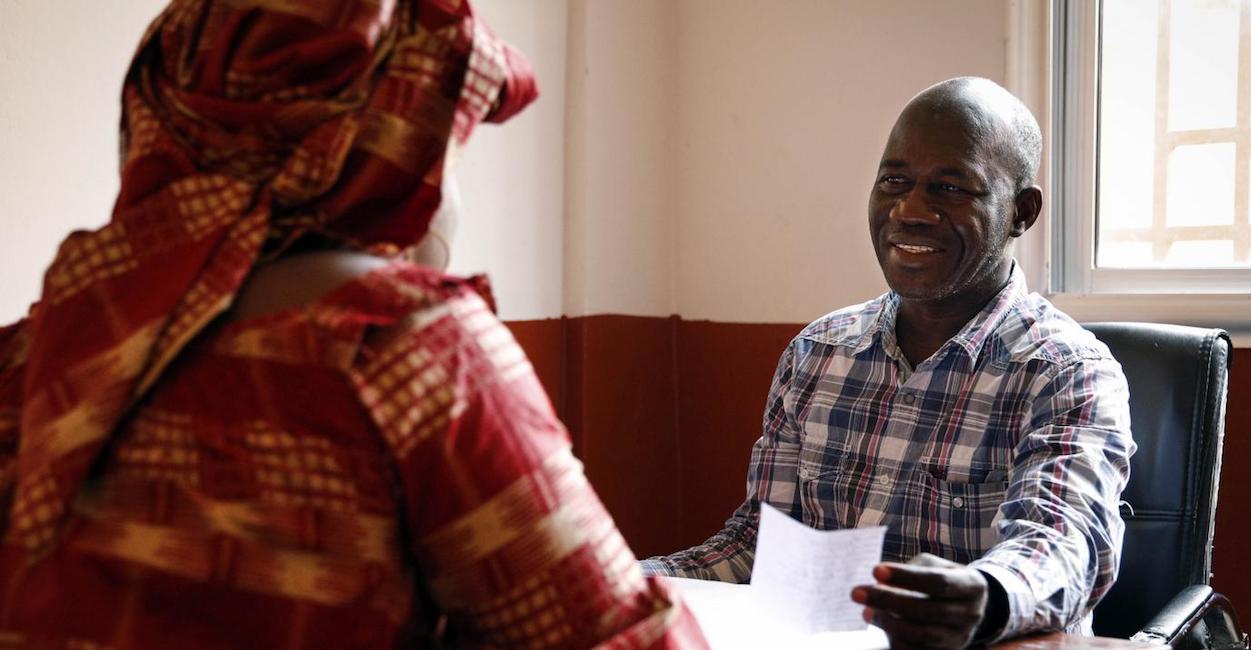 Do people who got Ebola in Guinea in 2013 – 2016 and survived have long term health conditions? Yes, answers a new study, that show that research must be made even when ther is no urgency any more.

Four years after the end of the Ebola epidemic in West Africa, and as it continues to wreak havoc in the Democratic Republic of Congo, the scientific community wonders about the after-effects that may remain among survivors. To learn more, researchers from Inserm and Université Paris-Est Créteil at the Institute for Vaccine Research decided to look at how their immune profiles had changed.

To do this, they studied a cohort of survivors developed by Inserm, the French National Research Institute for Sustainable Development (IRD) and the Center for Training and Research in Infectious Diseases in Guinea (CERFIG) – the PostEboGui cohort. Their findings reveal the presence of abnormal levels of immune and inflammatory markers in the blood two years after developing the disease.

In the 2013-2016 Ebola outbreak in West Africa, more than 28,000 people were infected, causing over 11,000 deaths. While the long-term health impacts on survivors are still poorly understood, an increasing number of studies describe persistent clinical after-effects in these patients, such as generalized fatigue, musculoskeletal pain, and eye disorders.

To pinpoint these health problems, the research team used data from the follow-up of PostEboGui cohort of survivors. Made up of 802 former Ebola patients enrolled in several centers across Guinea, the aim of this cohort was to describe and analyze the clinical, immunological, psychological and socio-anthropological impacts of Ebola over a two-year period.

The study, conducted by Yves Lévy with Aurélie Wiedemann at the Vaccine Research Institute, is one of the first to focus on the long-term immuno-inflammatory profile of Ebola survivors.

The researchers based their study on the analysis of blood samples from 35 members of the PostEboGui cohort who were recruited to participate in this study on average two years after the onset of their disease. A control group was also set up to compare their immune profiles. Each patient was seen three times for these blood samples to be taken. Samples of saliva, urine and semen were also analyzed in order to rule out the presence of the virus.

Such research was only possible thanks to the involvement of the local teams, which had been specifically trained in handling biological samples. It is therefore the fruit of close collaboration between Inserm and IRD teams and Guinean laboratory technicians and scientists at the National Institute of Public Health (INSP) and CERFIG.

Analysis of the blood samples showed that even when survivors are physically recovered and no longer have any detectable virus, they still present a specific immune profile, different from that of people who have never contracted the disease.

In particular, the researchers identified the presence of immune cells known as CD4+ and CD8+ memory T cells, specific to the virus, which remained in the blood of the 35 survivors two years after the disease. In addition, there was also a higher number of cytotoxic CD8+ T cells involved in the destruction of the infected cells as well as the presence of IgG antibodies specific to the Ebola virus in these survivors.

These findings therefore highlight the long-term persistence of Ebola-specific immune activity and intense and chronic inflammation in these former patients, two years after being infected with the virus. “Our work underscores the importance of long-term follow-up of Ebola survivors, something that has already been emphasized in studies of clinical after-effects. It is important to see how their condition and immune profile evolve and whether they are moving towards a chronic disease,” says Wiedemann.

In the context of the ongoing Ebola epidemic in the Democratic Republic of Congo, a new cohort with an immunity component is currently being developed there, following a similar strategy to that used to implement PostEboGui. It will be an opportunity for researchers to confirm their findings on the immune profile of survivors in a larger number of patients.