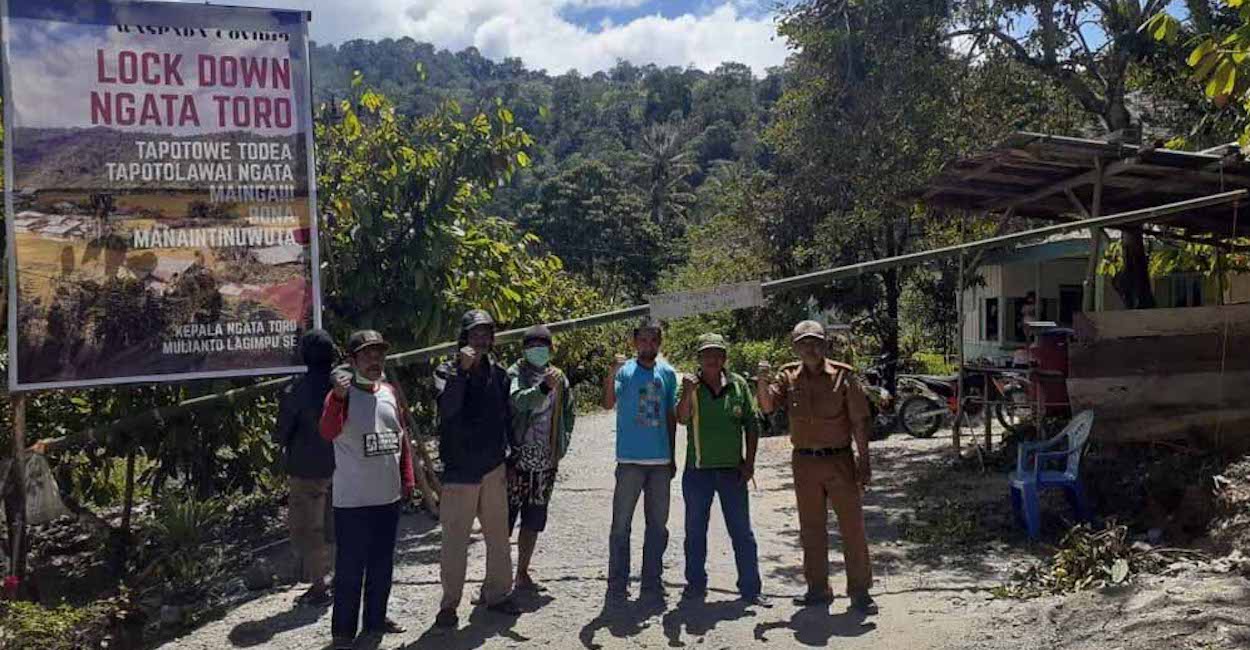 Indigenous communities around the globe are closing borders in an effort to avoid a potentially devastating coronavirus outbreak in their territories.

Without medical services, many indigenous communities in remote areas have already taken steps to isolate themselves. But this brings fears that food insecurity could be exacerbated in vulnerable communities who maintain immune system health through diet.

Tzamarenda Estalin, community president of the Shuar Tawasap community in the Ecuadorian Amazon, tells SciDev.Net there are coronavirus cases in the town of Palora, just 10 kilometres from his settlement.

Ecuador was one of the first countries in Latin America to be hit by coronavirus, with nearly 2,000 cases and 62 deaths to date.

Use of traditional plants

He says indigenous communities in the region are vulnerable.

“If a community gets infected, no one will save us,” Estalin says. “At least, we have our knowledge of traditional plants and medicines. We are using ‘ajo de monte’ [bush garlic], we are using ginger, we are using other plants that can clean our throats.”

A food system based on subsistance

In Africa, the Maasai indigenous groups of southern Kenya are unable to seal borders or rely on food security within their communities.

Kimaren ole Riamit, a Maasai and Indigenous Livelihoods Enhancement Partners (ILEPA) executive director, says the food system of the pastoralist Maasai community is based on subsistence.

“While the middle class of Kenyan society are on a frenzy stockpiling food in anticipation of shortages, the pastoralist local communities are devoid of such luxury,” he says. “It’s anticipated as the COVID-19 scourge bites deeper, the local communities’ access to carbohydrates, and vegetables in particular, will be highly compromised.”

Riamit says the communities are promoting more stringent hygiene practices within their communal culture and have indefinitely cancelled coming-of-age-ceremonies and other cultural traditions.

Vicky Tauli-Corpuz, a Kankana-ey-Igorot person from the Philippines and the UN Special Rapporteur on the Rights of Indigenous Peoples, tells SciDev.Net many indigenous peoples, such as those in her region of Mountain Province, practice traditional systems of locking down their communities when epidemics occur.

“This is called ‘ubaya’ in my town,” she says. “There are no cases of COVID-19 in these communities which declared ubaya.”

“There are hospitals in some communities like my town, but in most places, especially in Mindanao, this is not the case – keeping their immunity strong by ensuring food security is what they do.”

Tauli-Corpuz says some communities have greater food insecurity than others.

“In Mindoro, the Mangyans are complaining that the dominant populations get four kilos of rice per family, while the Mangyan get two,” she says.

But, Tauli-Corpuz says, in many other communities, traditional food-reserve sharing still exists.