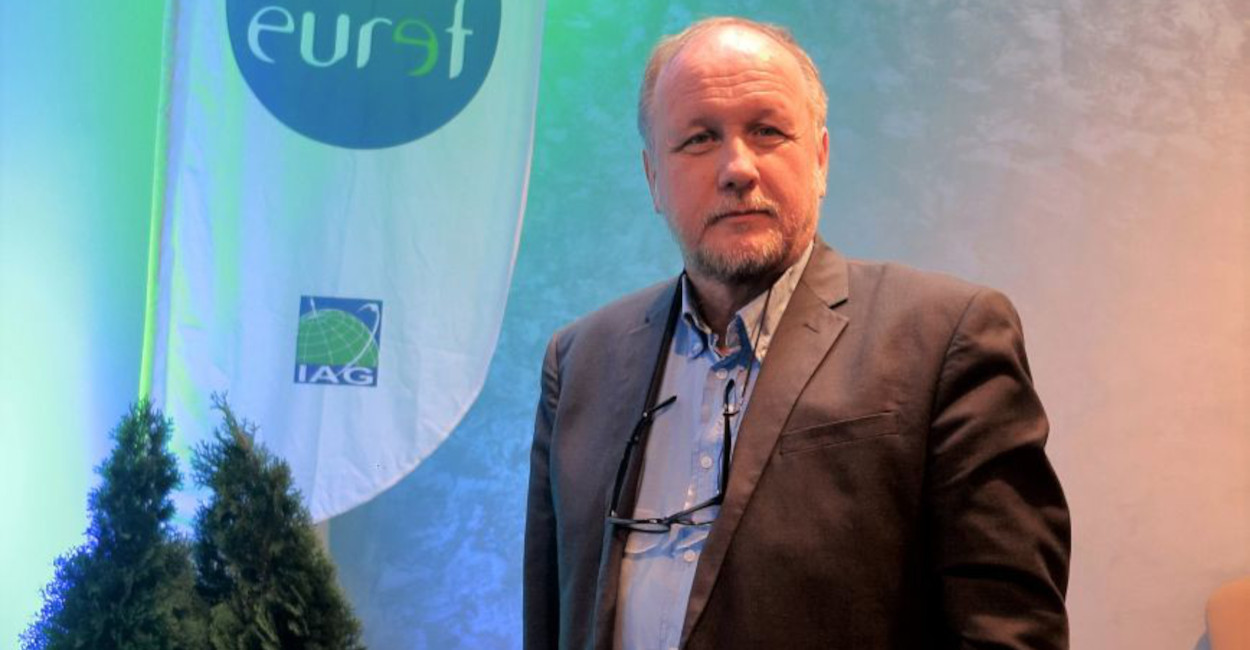 He never aspired for the position, but Markku Poutanen, a Research Professor at the Finnish Geospatial Research Institute (FGI), explains how he became the Secretary General of International Association of Geodesy.

Markku Poutanen is the Secretary General of the International Association of Geodesy and a Research Professor at the Finnish Geospatial Research Institute (FGI) of the National Land Survey of Finland. He was Director of the Department of Geodesy and Geodynamics at the FGI from 2001 to 2019 and has been working at the FGI since 1985.

From astronomy to geodesy

I started studying at the University of Helsinki in 1974 with a major in astronomy. I had no intention of moving to another field, but somehow, it finally happened. Very soon during my studies, I ended up with a research group that studied the properties of asteroids and through that to the Lowell Observatory in Arizona, USA. At that time, numerous asteroids were found at the Lowell Observatory, and later a colleague named asteroid 3760 Poutanen. I myself had no part in finding the asteroid.

Getting funding was as difficult at the time as it is today. So, I next found myself in the stellar spectroscopy research group. The CCD camera was the latest new instrument, and our group had received funding to acquire one to record stellar spectra. I created software to control the camera, read data, and process the spectra. The entire hardware had to be integrated into the Crimean Astrophysical Observatory large telescope where we had observation time. One of the research topics was rapidly rotating stars and the detection of star spots on them from changes in the spectrum. My work was supposed to continue until the dissertation, but the opposite happened.

Instead of a few months of work on a part-time basis, and constant uncertainty, a permanent position as a civil servant was an attractive option. The Finnish Geodetic Institute was a state research institute whose research topics also included space geodesy. So, in 1985, I moved to the Geodetic Institute as a researcher.

GPS receivers came into use about the same time I started at the Geodetic Institute. However, the first years I spent in classical geodesy, being involved in triangulation and baseline measurements. Then in 1989 there was the first pan-European GPS campaign, known as EUREF89. We had on loan the legendary TI4100 receivers, which was my first contact with the wonderful world of GPS. Since then, satellite positioning and reference frames have been an integral part of my job. The EUREF89 campaign was the beginning of the development of the European Reference Frame.

The 1990’s was a decade of new explorations with GPS. The Baltic Sea Level campaign was an IAG project where GPS receivers were placed at tide gauges around the Baltic Sea. The Director General of FGI, Juhani Kakkuri was Leader of the project, and I as the Secretary had to organise all practical aspects, such as the logistics of running three large observing campaigns and coordination with data analysis groups. But this was very useful in many aspects as I obtained experience in organising international campaigns, GPS data analysis, and most importantly, a new topic for my PhD thesis which had been interrupted by my move to the FGI.

Many other things happened also at the same time. With the advent of GPS, our national coordinate system became obsolete. I participated in the measurement and creation of the new national system, but at the same time increased also international connections to both the Nordic Geodetic Commission and IAG and EUREF. This meant participation in different working groups, and then quite soon becoming the chair of such groups.

Head of the Department

I was appointed as the Head of the Department of Geodesy and Geophysics of FGI in 2001. This task lasted until 2019 when I became the Secretary General of IAG. It is too cumbersome to perform both of these duties, hence I switched to a new post of Research Professor with no administrative tasks.

Many significant things happened in our department over the past two decades. Finland’s new height system was completed and was adopted, the national GNSS network expanded, and more and more stations became part of the European permanent GNSS network. Metsähovi Geodetic Research Station also received significant funding for the renewal of its equipment, including a new satellite laser ranging system, a radio telescope for geodetic VLBI observations, and two superconducting gravimeters.

Administrative work increased as well, and the biggest change took place in 2015 when the Geodetic Institute was transferred to the National Land Survey of Finland. During recent years, less and less time has been left for research, but after stepping down from the post of the Head of Department the situation has improved.

I have been in many international positions over the years. Perhaps the reason was that I could not say no at the right time, but overall they have been wonderful experiences. One of the most interesting was the Presidency of the Geodesy Division of the European Geosciences Union (EGU). During this time I also became acquainted with other fields of geoscience and learned to better understand interdisciplinary connections.

I have been involved with the IAG since the early 1990s, from being secretary of the Baltic Sea Level Working Group, to the chairmanships of subcommission 3.2 Crustal Deformations and the subcommission of the European Reference Frames (EUREF). Recently I have also been involved with tasks related to United Nations. I chaired the United Nations Committee of Experts on Global Geospatial Information Management in Europe (UN-GGIM: Europe) working group of Geodetic Reference Frame in Europe (GRF: Europe), and I am a member of the UN Subcommittee on Geodesy.

At the national level, I have been a member of several National Committees related to the ISC (International Science Council), National delegate to the IAG, and have chaired the National Committee of International Union of Geodesy and Geophysics (IUGG) and the National Committee on Arctic and Antarctic Research. These have given me an excellent overview on science policy, also at the national level. Teaching geodesy and satellite positioning at two universities has meant that I have contact with the young generation and have the opportunity to recruit new people through this.

Like many other things in my life, I became the Secretary General of the IAG by chance. Zuheir Altamimi, the current president of the IAG, came in 2018 during an evening reception of the EUREF Symposium in Amsterdam to ask if I would be interested in applying for the post of IAG Secretary General.

Well, here I am! I was thinking at that time about the future, and possible retirement, but becoming the IAG Secretary General was not in my plans. But such an interesting invitation could not be ignored, especially since I had been in close contact with the IAG for thirty years.

The journey continues. Over the decades, many colleagues have become friends. The COVID-19 pandemic, which has disrupted normal patterns, has presented its own challenges for scientific and personal communications. Maybe this will be gradually overcome and we will get back to normal life before the next IUGG General Assembly 2023. But the pandemic has also taught us how important people-to-people contacts are in science.

This profile was first published by IUGG.