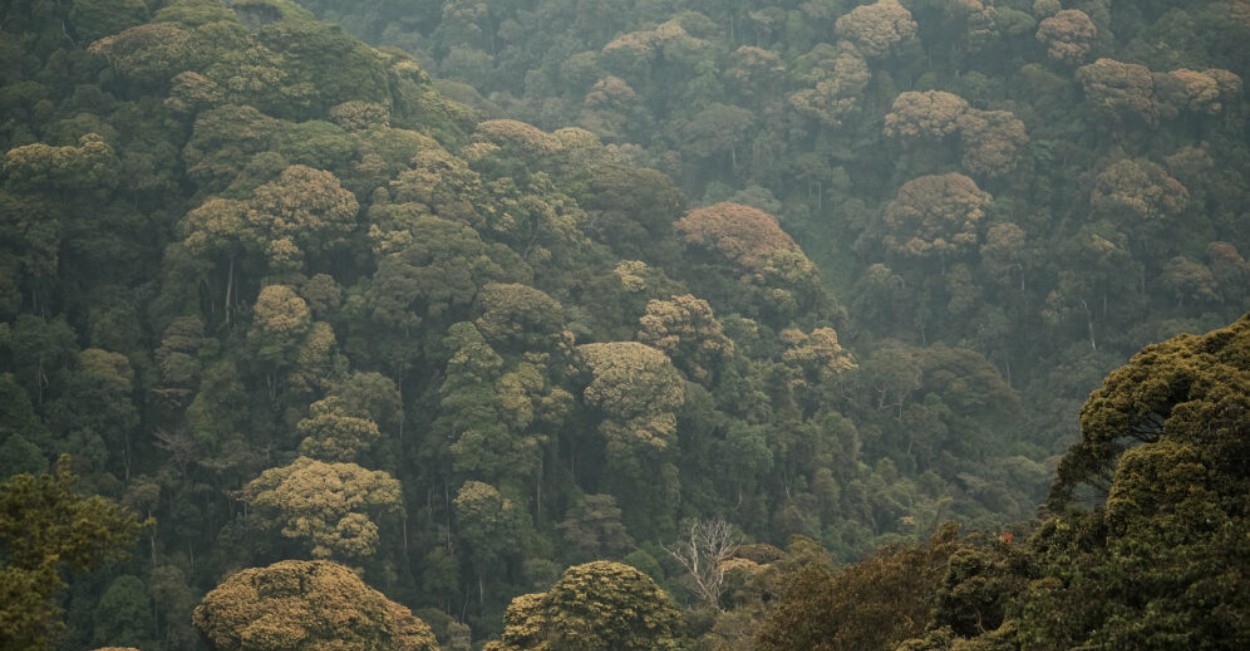 Rwanda has set itself the ambitious target of becoming a carbon neutral economy by 2050. With forest conservation and expansion central to these goals, ecologist Myriam Mujawamariya, is on the frontline of science aimed at achieving this.

Rwanda has set itself the ambitious target of reducing emissions by 38 per cent by the end of this decade and becoming a carbon neutral economy by 2050.

With forest conservation and expansion central to these goals, ecologist Myriam Mujawamariya, a lecturer at the University of Rwanda, is on the frontline of science aimed at achieving this.

Mujawamariya’s current research looks at the tolerance of tropical trees to rising temperatures caused by global warming and their ability to recover from heat damage.

Rwanda as a country, she explains, is focusing heavily on repairing environmental damage and there are ambitious plans to expand tree cover. The Rwandan government says 43 million trees will be planted this year as part of a sustainable forests programme that has already resulted in 30 per cent tree coverage in the country.

In this context, Mujawamariya and her team of researchers are exploring how indigenous trees react to different climatic conditions.

“We have established elevation gradients [different ground heights] for experiment, which are three sites of a high elevation for control, intermediate elevation and a step-down elevation that present a possible warming scenario,” according to Mujawamariya.

Twenty-three native species have been planted at the three sites and they are now looking at their physiological responses, growth, and mortality to see which trees are suitable to each region, according to Mujawamariya.

She says that the trees will help meet Rwanda’s vision of being a climate resilient and carbon neutral economy, by removing carbon dioxide from the air and storing carbon in the trees and soil.

Mujawamariya became one of five women awarded an Organization for Women in Science for the Developing World (OWSD)-Elsevier Foundation award for early career women scientists at this year’s EuroScience Open Forum in July.

“This award – a recognition of women working and living in developing countries who are in the early stages of their scientific careers – came to me after overcoming great challenges to achieve research excellence,” Mujawamariya told SciDev.Net.

The award, Mujawamariya says, was not just a recognition for her, but also for the women of Rwanda, and other developing countries in Africa and elsewhere. “It shows that our efforts as women are getting recognition, that we can achieve more on our own.”

Mujawamariya says she loved science from childhood, but the road to success has not been easy.

“As a young female and a mother, the greatest challenge has been balancing my academic career growth and family responsibilities,” says Mujawamariya, a mother of two boys.

“When I was doing my master’s degree, my first born was two years and five months old. It is not easy leaving behind a small kid to go for studies away from home. But I had to do just that. And I found other women who had done the same.

“Like most women, I have had to work extra hours to succeed, take care of their families, teach and do research, which is a delicate balancing act.”

Mujawamariya is sharing her wisdom with up-and-coming women in science, through mentorship programmes.

“We are doing science and we have been mentored to be where we are today.  What makes me proud is to mentor young people and I am currently training master’s students who are the future generation of scientists,” she says.

“With self-confidence many women in Africa can make it in scientific fields just as much as men do. African women have the potential.”

This article was first shared by SciDev.net.