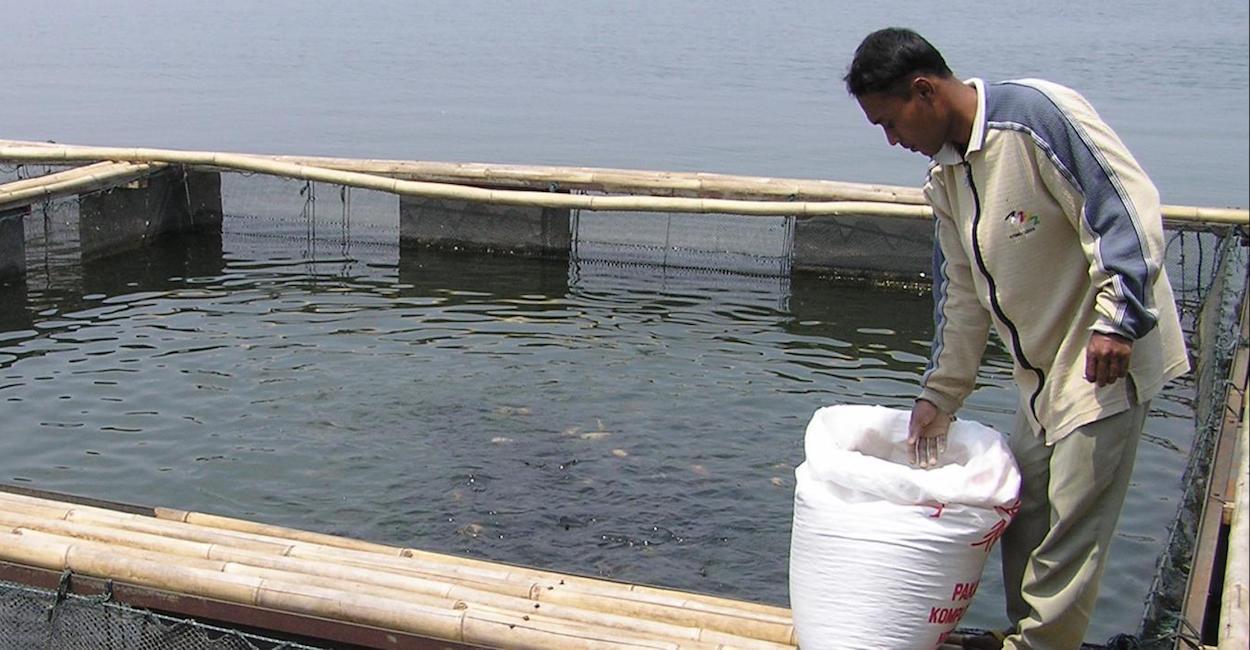 The use of antibiotics in aquaculture is likely to increase with climate change, leading to the emergence of more resistant bacteria.

Antimicrobial resistance is responsible for some 700,000 deaths each year worldwide. There is a high risk that this figure becomes larger in the next years. As a matter of facts, a study, published in Nature Communications on 20 April 2020 by a team of scientists from IRD and CIRAD, established, and it is the first time, a link between global warming and an increased risk of antimicrobial resistance. They warned against inappropriate use of antibiotics.

Aquaculture – rearing aquatic organisms such as fish and shellfish – plays a vital role in food security in many countries (it supplies more than half of the aquatic animals consumed by humans worldwide). It is particularly important for developing countries, for instance in Asia, which accounts for 90% of global output.

Too much antibiotics are used

Fish farmers use large quantities of antimicrobials to treat or prevent disease on their farms. However, when used inappropriately, antimicrobials are ineffective and foster the development of resistant bacteria.

Researchers from IRD and CIRAD belonging to the Institute of Evolution Sciences of Montpellier’s Fish Diversity and Aquaculture team (France) examined data from more than 400 scientific articles referring to over 10 000 bacteria of aquacultural origin from 40 countries. That meta-analysis allowed them to study the effect of temperature on the mortality rate of aquatic animals infected with pathogenic bacteria commonly found in aquaculture. They then conducted a systematic review on the abundance of resistant bacteria found on fish farms and calculated the Multi-Antibiotic Resistance (MAR) index for 40 countries.

“Global warming will therefore push up mortality rates on fish farms, which is likely to mean increased antibiotic use”, says Miriam Reverter, a post-doctoral scientist at IRD, and as the study showed, antimicrobial resistance is already a reality in several countries among those that are highly vulnerable to climate change.

A threat to animal and human health

The study’s authors raise the alarm about the consequences of inappropriate antibiotic use, for both the sustainability of aquaculture and human health. “Resistant bacteria in aquaculture can either spread or transmit their resistance genes to non-resistant bacteria that infect humans, thus causing diseases that are difficult to treat in both animals and humans”, Samira Sarter, a microbiologist with CIRAD, explains.

These health risks linked to antibiotic use are not restricted to aquaculture. They also apply to terrestrial farms. “Some 60% of the infectious diseases that currently affect humans are of animal origin. If a resistant bacterium or its genes were to be transmitted to humans, and existing antibiotics were ineffective, we could face a steep rise in mortality rates as a result of antimicrobial resistance.”, adds the scientist.

“We urgently need to help producers in the global South find alternatives to treat and prevent disease on fish farms. This means encouraging research that makes use of the One Health or EcoHealth approaches, i.e. that is multi-disciplinary and multi-sector”, Rodolphe Gozlan stresses.

Work has shown that certain plants are highly effective for boosting disease immunity in fish. Their use on fish farms could help reduce antibiotic use. Alongside this, researchers are also working to develop more resilient aquaculture systems based on the principles of agroecology, in the aim of reducing disease rates.