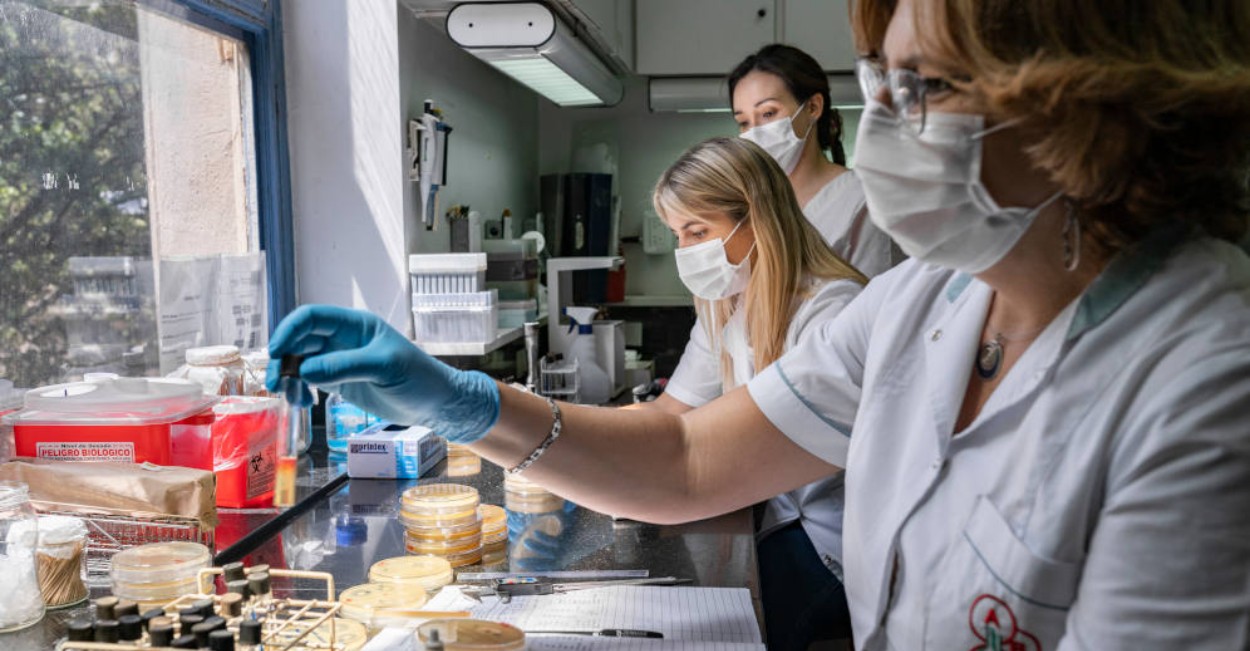 Trials of new vaccine candidates must be accelerated and existing vaccine use stepped up to prevent life-threatening infections that can no longer be beaten by antimicrobial medicines, says World Health Organization (WHO).

Antimicrobial resistance (AMR) — when bacteria, viruses, fungi or parasites become unresponsive to medicines such as antibiotics or antivirals — has been identified by the WHO as one of the biggest global threats to public health and is growing worldwide.

In 2019, an estimated 4.95 million deaths were associated with AMR, says a new WHO report which is the first ever on the pipeline of bacterial vaccines under development.

An estimated 5.7 million deaths occur each year in low- and middle-income countries which could have been prevented if the right antibiotics were used, according to the UN agency.

But the WHO report says that vaccines can be powerful tools to ward off such infections, potentially helping to minimise the use of antimicrobial medicines.

“Preventing infections using vaccination reduces the use of antibiotics, which is one of the main drivers of AMR,” said WHO assistant director-general for antimicrobial resistance Hanan Balkhy. “Yet, of the top six bacterial pathogens responsible for deaths due to AMR, only one, Pneumococcal disease [Streptococcus pneumoniae] has a vaccine.”

Balkhy says affordable and equitable access to vaccines against such infections is urgently needed.

A study published earlier this year in The Lancet, found that AMR death rates were highest in a number of poorer countries, while also identifying a lack of data from many lower-income countries.

The WHO commissioned the report to improve awareness of the vaccines currently in development to fight bacteria that are commonly found to be resistant, and provide guidance on necessary action and investment.

The report also calls for fair, impartial and international access to the vaccines that already exist, particularly for people who need them most in resource-poor settings.

Vaccines are currently available against what the WHO describes as diseases caused by four priority pathogens: pneumococcal disease, haemophilus influenzae type b (Hib), tuberculosis (TB), and typhoid. However, the BCG jab used against TB does not offer adequate protection against the disease and more effective vaccines need to be found urgently, the report recommends.

Vaccines against the other three infections are effective and should be deployed more widely to help reduce the use of antibiotics and prevent further deaths, the WHO urged.

However, global health experts stress the need for broader strategies to combat drug resistance. George M. Varghese, professor of infectious diseases at the Christian Medical College in Vellore, India, said: “Although vaccines are one of the greatest discoveries in human history saving millions of lives, it is unlikely to be a key solution for the silent pandemic of AMR”.

“Making the effective vaccines against influenza, COVID-19 and pneumococcal pneumonia available in an equitable and accessible manner will reduce unnecessary antibiotic usage to some extent and thereby reduce the problem of AMR to some degree,” Varghese told SciDev.Net. In some cases antibiotics are wrongly prescribed for such viruses due to lack of diagnostics.

But he also pointed to the need for multiple other measures including ensuring appropriate antimicrobial use, better infection control measures, controlling the use of antibiotics in animal rearing, developing new antimicrobials and diagnostics, and improved surveillance of AMR and antimicrobials.

Agnimita Giri Sarkar, consultant paediatrician at the Institute of Child Health in Kolkata, India, says overuse and inappropriate use of antimicrobials must be stopped urgently and public awareness improved along with hygiene and sanitation.

“In developing countries, supply of over-the-counter antibiotics without prescription or with old prescription, and self-medication with incorrect knowledge about antibiotics, are posing a great threat contributing to antimicrobial resistance,” she told SciDev.Net.

The WHO is working on an initiative called SECURE which seeks to expand access to essential antibiotics where they are needed, while ensuring their appropriate use.

Participating countries will gain access to new antibiotics developed to treat drug-resistant infections, as well as older ones that are not widely available or are subject to supply chain disruptions, the health body says.

This story was first published by SciDev.net.