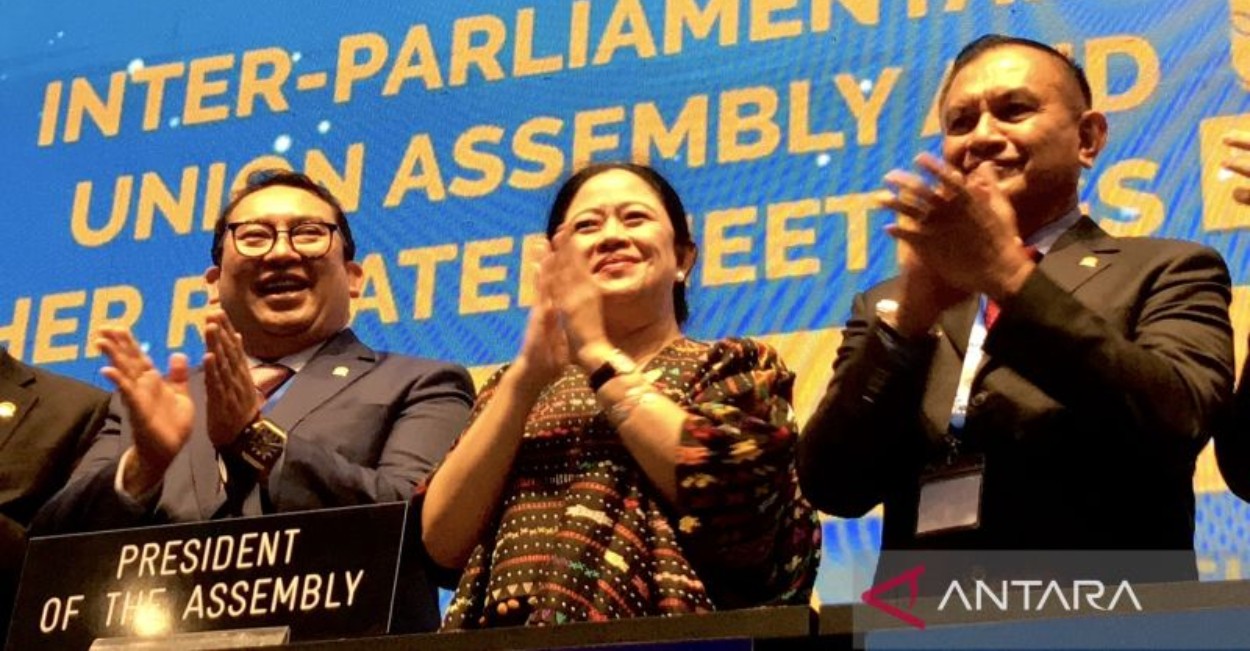 Themed, “Getting to Zero: Mobilizing Parliaments for Action on Climate Change,” the 144th IPU Assembly held in Indonesia, attracted lawmakers from around 110 national parliaments.

Hosted by the Indonesian Parliament, the  144th IPU Assembly  brought together some 110 national parliaments around the theme Getting to Zero: Mobilizing Parliaments for Action on Climate Change.

As part of this Assembly – one of the first major face-to-face events in this part of the world since the start of the COVID-19 pandemic – the IPU and the Indonesian Parliament managed to bring together hundreds of parliamentarians , from all over the world, including 30 Speakers of Parliament. The strict health protocols put in place have guaranteed good security conditions for meetings.

Almost 39% of the parliamentarians attending the event were women, a figure that is close to the all-time high recorded during the IPU Assemblies, while 27% were under 45, which is an all-time high for this type of demonstration. This latter figure signals the emergence of a new generation of young parliamentarians, a trend encouraged by IPU initiatives such as the “ Yes to more young people in parliament! ” campaign. ”.

Following the adoption by consensus of the  resolution arising from an emergency item on the war in Ukraine, the Assembly also considered the following items.

The Assembly concluded with the adoption of the Nusa Dua Declaration, in which parliamentarians around the world recognize the need for urgent action in the face of the climate crisis.

The declaration outlines the steps to be taken by parliaments at the national level to comply with the Paris Agreement, including by accelerating the transition to clean energy, ensuring the inclusion of marginalized groups in society and promoting cooperation around joint climate solutions.

As IPU President Duarte Pacheco says, “We must act now. Time is running out. Scientists and researchers around the world have been collecting data on what has been called a compendium of human suffering and damning indictment of leadership failure in the fight against climate change. The 144th Assembly must mobilize each and every one of us. We must lead by example and take strong action before it is too late Dear colleagues, let us not disappoint our citizens and the young generation who have placed their trust in us.”

Ms. Puan Maharani, Speaker of the Indonesian House of Representatives, said: “International commitments are worthless if they are not implemented nationally. Parliaments must develop legal instruments and an adequate budget at the national level, and monitor the various international commitments. Parliaments must encourage emission reductions, strengthen adaptation efforts and deliver on funding pledges to developing countries.”

During the debates, IPU Members presented the progress made in their respective countries in terms of climate change as well as the measures taken to accelerate decarbonisation. They heard  the testimony of Mr. Samuelu Penitala Teo, Speaker of the Parliament of Tuvalu, a country already deeply affected by rising sea levels and changing weather patterns.