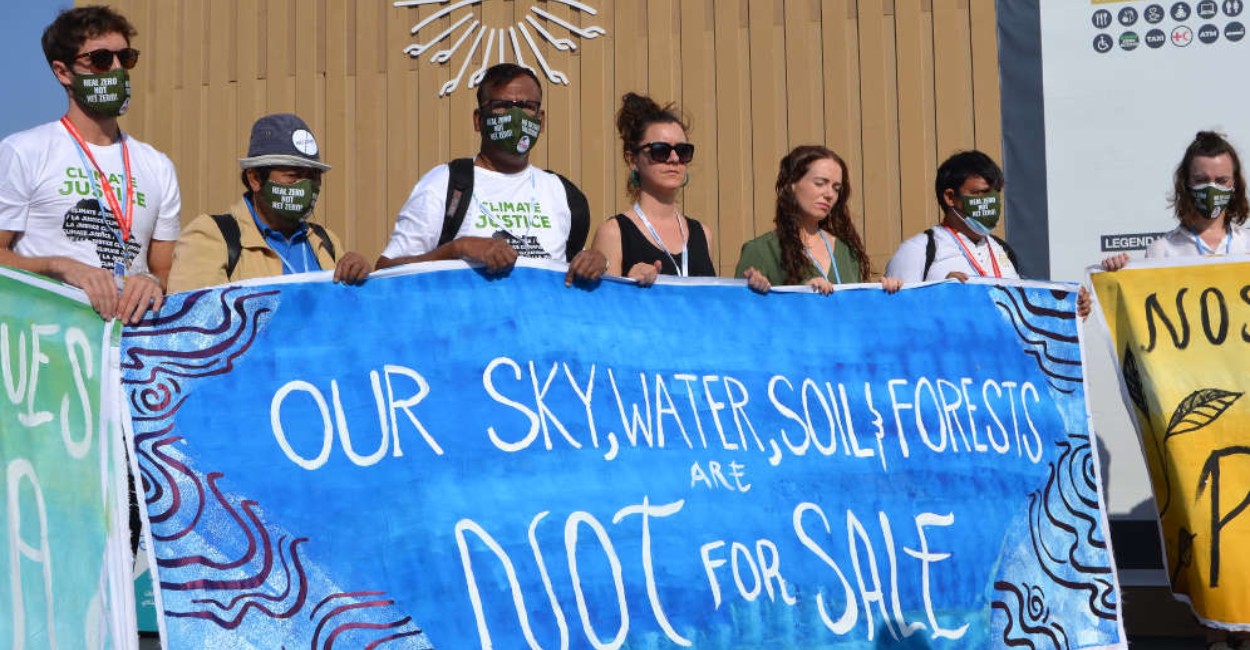 Climate activists worldwide have endorsed an 11th-hour deal for a loss and damage fund to compensate nations hit by climate catastrophes, the first of its kind in 30 years of climate negotiations.

The compensation fund will help in the rescue and reconstruction of “particularly vulnerable countries” hit by climate-related events such as droughts and floods, but there was dispute over whether wealthier affected states should also benefit.

“With the creation of a new Loss and Damage Fund, COP27 has sent a warning shot to polluters that they can no longer go scot-free with their climate destruction,” said Harjeet Singh, head of global political strategy for Climate Action Network International, an organisation representing 190 civil society groups in 130 countries.

“From now on, they will have to pay up for the damages they cause and are accountable to the people who are facing supercharged storms, devastating floods and rising seas.”

Countries must now work together to ensure that the new fund can become fully operational and respond to the most vulnerable people and communities who are facing the brunt of the climate crisis, Singh told SciDev.Net.

“I now invite the COP to adopt the draft decision on funding arrangements for loss and damage. I hear no objections. It is so decided,” he said to applause from delegates.

The draft agreement will “establish new funding arrangements for assisting developing countries in responding to loss and damage” with a focus on “providing and assisting in mobilizing new and additional resources”.

However, responsibility or compensation clauses are not included in the text and countries are not legally liable for payments. A group made up of officials from 24 nations will spend the next year determining the specific structure of the fund, which nations should make contributions, and where the money should be spent.

Saleemul Huq, director of the International Centre for Climate Change and Development, based in Bangladesh, said the deal was a major breakthrough for the developing countries who have been demanding such a facility for many years.

“It is also a testament to all the developed countries who had previously been reluctant to agree to such a fund now having agreed,” he told SciDev.Net. It is certainly a historic achievement for the UNFCCC [United Nations Framework Convention on Climate Change] here in Sharm El-Sheikh in Egypt and in Africa.”

However, while this move was widely celebrated, parties at the Egypt convention were unable to come to an agreement to phase out fossil fuels as a result of a number of oil-producing countries blocking progress.

Nations came under criticism for failing to strengthen the goal of limiting global warming to 1.5 degrees Celsius over pre-industrial levels, as set out in the 2015 Paris Agreement.

Yeb Saño, executive director of Greenpeace Southeast Asia and head of the Greenpeace delegation attending COP27, welcomed the loss and damage agreement as “a new dawn for climate justice”.

But he added in a statement: “Developed countries must make good on the existing US$100 billion per year pledge to support low-income countries to deliver carbon-cutting policies and increase resilience to climate impacts. They must also implement their commitment to at least double funding for adaptation.”

It is still unclear exactly how the loss and damage fund will function. Many unanswered issues remain regarding the timeline for completion of the text and operationalization, as well as its precise funding arrangements. The text also refers to a transitional group that will assist in finalising such details, although no definite deadlines are mentioned.

The deal came after European Commission vice-president Frans Timmermans launched a proposal on behalf of the EU that would see the European bloc agree to establish a loss and damage fund at this COP under clear conditions.

“The fund itself would have to be geared towards supporting the most vulnerable, with a broad financial donor base contributing to the fund, as part of a mosaic of solutions that includes reform of multilateral development banks, for example,” he said.

Governments also reached an agreement at COP27 on how to advance the Global Goal on Adaptation, to increase climate resilience among the most vulnerable. The agreement will be completed at COP28 in 2023 and inform the first “global stocktake”, a two-year process for assessing the implementation of the Paris Agreement.

At COP27, additional contributions totalling more than $US230 million were made to the Adaptation Fund, established in 2001 to finance adaptation programmes in developing countries.