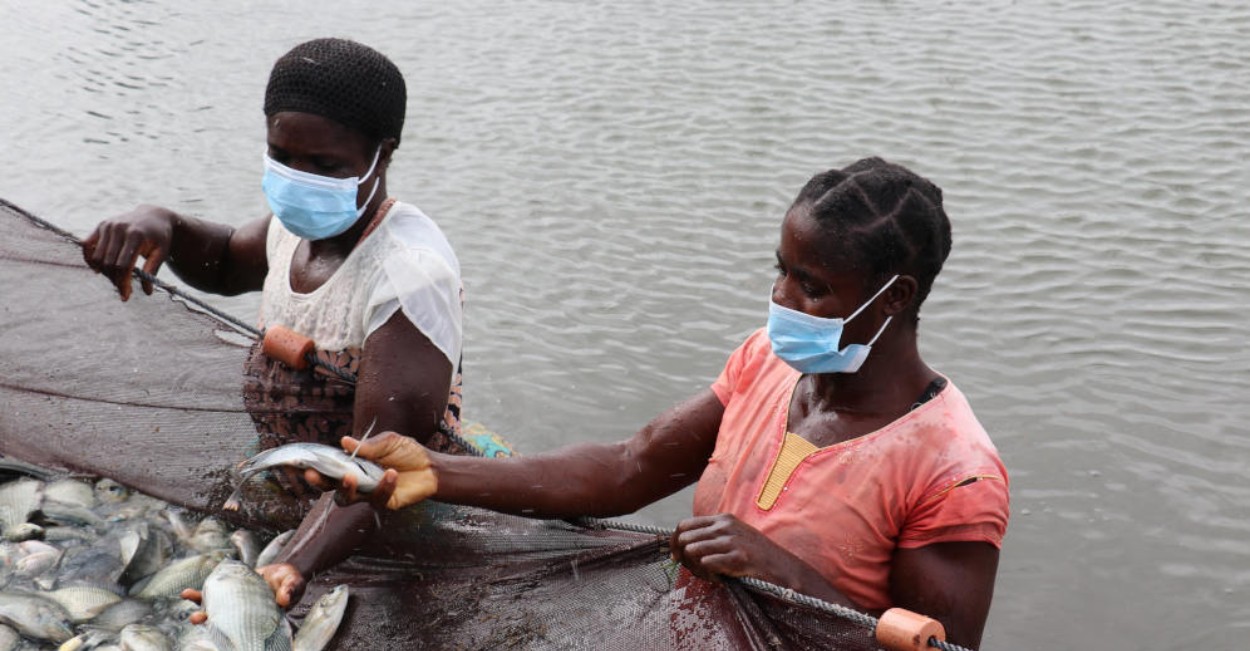 1 in 5 world people rely on wild species for income or food. Therefore, more sustainable use of the species must be prioritized in order to attain UN development goals, authors of a landmark report, have advocated.

Wild species of plants and animals, relied on by the world’s poorest for food, must be used more sustainably in order to achieve global development goals, say the authors of a landmark report by the Intergovernmental Science-Policy Platform on Biodiversity and Ecosystem Services (IPBES).

Billions of people in developed and developing nations alike depend on wild flora and fauna for their daily food and energy needs, and often their livelihoods, the policymakers’ summary of the Assessment Report on the Sustainable Use of Wild Species highlights.

But the accelerating global biodiversity crisis, which sees a million species of plants and animals facing extinction, threatens these contributions to people, it says.

Jean-Marc Fromentin, a researcher at the French Research Institute for Exploitation of the Sea, at a press conference in Bonn said: “With about 50,000 wild species used through different practices, including more than 10,000 wild species harvested directly for human food, rural people in developing countries are most at risk from unsustainable use, with lack of complementary alternatives often forcing them to further exploit wild species already at risk.”

The assessment, which was four years in development and cost almost US$1 million, provides insights, analysis and recommendations for making more sustainable use of wild species as well as encouraging biodiversity.

According to the authors

Sustainable use is when biodiversity and ecosystem functions are maintained while contributing to human well-being, according to the authors.

Marla Emery, one of the report’s coordinators and a scientific advisor with the Norwegian Institute for Nature Research, said 70 per cent of the world’s poor were directly dependent on wild species.

“One in five people rely on wild plants, algae, and fungi for their food and income; 2.4 billion rely on fuel wood for cooking and about 90 per cent of the 120 million people working in capture fisheries are supported by small-scale fishing,” she said.

Emery said the analysis showed how responsible use of these resources had a “very significant contribution” to make in realising the UN’s Sustainable Development Goals.

“This assessment points out that in fact there is far more opportunity for sustainable use of wild species to contribute to realising goals such as ending hunger… sustainable life on earth, on terrestrial areas, and sustainable life in the water, in the oceans,” she added.

The summary contains input from 85 international experts from 33 countries, including researchers from the natural and social sciences and holders of indigenous and local knowledge, as well as 200 contributing authors.

It is the knowledge and input of indigenous and local people about their food habits, customs and livelihoods, Emery believes, “that makes the report even more relevant”.

Ramiro Batzin, co-chair of the International Indigenous Forum on Biodiversity, welcomed the report, but told SciDev.Net the solution to sustainability issues must be “dialogue between different knowledge systems with respect and mutual recognition and the full and effective participation of indigenous peoples in decision-making”.

In most cases, use of wild species has increased, but sustainability of use varies widely, the authors say, pointing to the use of plants for medicine and logging for materials and energy.

Citing fishing as an example, Fromentin said: “Recent global estimates confirm that about 34 per cent of marine wild fish stocks are overfished and 66 per cent are fished within biologically sustainable levels. But within this global picture there are significant local and contextual variations.

“Countries with robust fisheries management have seen stocks increasing in abundance. The Atlantic bluefin tuna population, for instance, has been rebuilt and is now fished within sustainable levels.”

For countries and regions with low-intensity fisheries management, Fromentin says the status of stocks is often poorly known, but generally believed to be below the abundance that would optimise sustainable food production.

“Many small-scale fisheries are unsustainable or only partially sustainable, especially in Africa for both inland and marine fisheries, and in Asia, Latin America, and Europe for coastal fisheries,” he said.

John Donaldson, report coordinator and former chief director of biodiversity research, assessment and monitoring at the South African National Biodiversity Institute, said overexploitation was one of the main threats to the survival of many land-based and aquatic species.

“Addressing the causes of unsustainable use and, wherever possible reversing these trends, will result in better outcomes for wild species and the people who depend on them,” he said.

The report highlights how a number of other factors are putting pressure on wild species and the communities that use them, including land- and seascape-changes, climate change, pollution, and invasive alien species.

It says that without effective regulation across supply chains – from local to global – international trade continues to increase pressure on wild species, leading to unsustainable use and even the collapse of wild populations, such as in the shark fin trade.