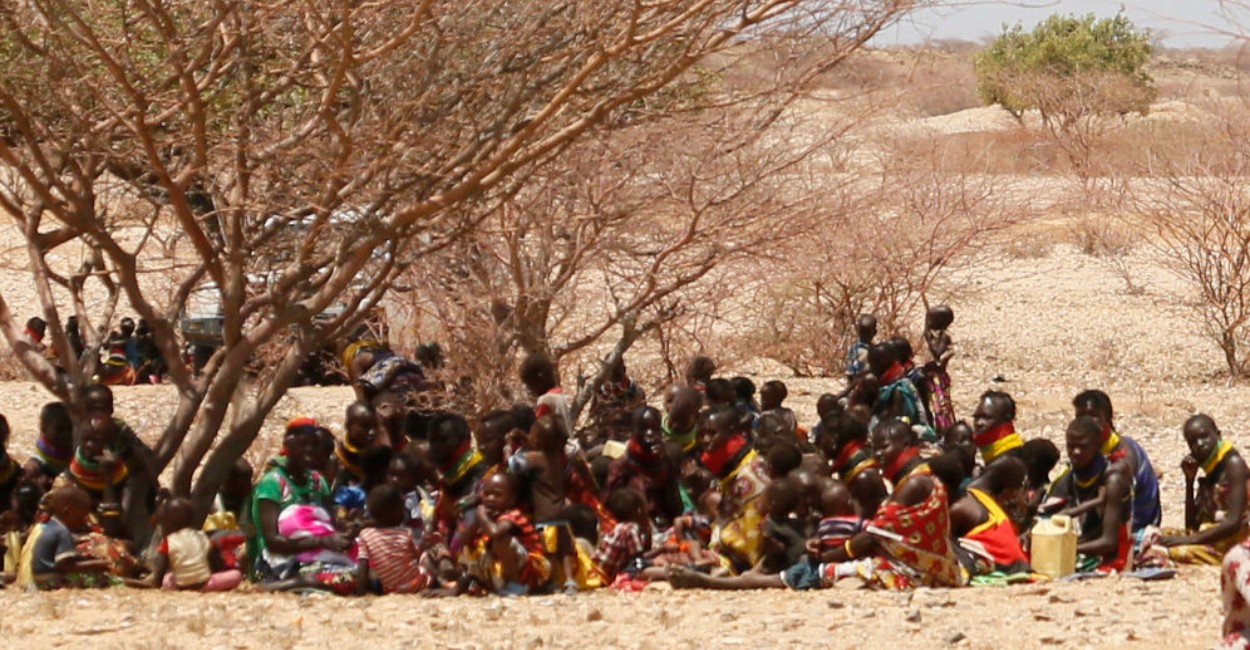 The representation of women and young people in climate change negotiations has been in the spotlight for decades, as evidence continues to show they are most vulnerable to climate impacts.

And yet, gender and youth are still largely overlooked by policymakers in the global South, according to Wanjiru Kamau-Rutenberg.

Now an executive director at the philanthropic initiative Schmidt Futures, and the founder of the leadership incubator for African girls and young women, Akili Dada, Kamau-Rutenberg began her academic career as an assistant professor of politics at the University of San Francisco.

“Starting off in my career as a lecturer, I was keen on building capacity and unlocking talents,” she says. Kamau-Rutenberg went on to be appointed director of the Nairobi-headquartered African Women in Agricultural Research and Development (AWARD) where she spearheaded activities to build the capacity of agricultural researchers focused on gender-responsive research and innovation in agriculture and food systems.

“I have been working in science policy for the last seven years,” says Kamau-Rutenberg, who is currently based in New York while she designs and builds a global initiative focused on black female leaders.

“When I was appointed the director of AWARD, I created the one planet fellowship that aims to train African scientists doing agricultural research that will help the continent’s smallholder farmers adapt to climate change. The fellowship aimed to build a robust intergenerational network of African and European scientists to lead agricultural research in Africa that brings new innovations and technology to help smallholder farmers adapt to climate change.”

Despite her efforts and growing calls from around the world for women to have a seat at the table in global dialogues on climate change, Kamau-Rutenberg says that women’s representation at the leadership level remains low.

How IPCC are women?

“How many of the Intergovernmental Panel on Climate Change (IPCC) authors are women? Very few … and it’s even worse in Africa,” says Kamau-Rutenberg, who was named a White House Champion of Change by the Obama administration in 2012.

Women made up about one third of the 239 authors of the latest IPCC mitigation working group report, with just three female authors from Africa – Fatima Denton from the United Nations University’s Ghana-based Institute for Natural Resources in Africa, Chioma Daisy Onyige-Ebeniro from Nigeria’s University of Port Harcourt, and Sasha Naidoo from South Africa’s Council for Scientific and Industrial Research.

“Today, lives are at stake in the global South and worldwide because of climate change. People are dying of hunger in the Horn of Africa,” Kamau-Rutenberg tells SciDev.Net. “We are seeing rising cases of floods in Germany and hurricanes are being reported in the US. COVID-19 was an eye-opener to the world leaders. It taught us that this world is indeed small and highly interconnected. We ignore any part of the world, we lose.

“The changes in weather patterns and climatic conditions are happening everywhere, we are in this together.”

Ahead of COP27, Kamau-Rutenberg is at the centre of designing a seven-year women and youth-led climate justice campaign aimed at bringing together organisations working to reduce emissions and combat climate change.

Kamau-Rutenberg is building this network worldwide. SciDev.Net caught up with her while she was on the road: it’s 3pm in Geneva when we connect with her via Zoom, just a few hours after she arrived from New York and before she headed into a round of meetings.

Beyond the network, Kamau-Rutenberg is a member of the Malabo Montpellier Panel of independent experts that help African governments to identify and implement policies that are geared towards transforming agriculture, food and nutrition security. She says that the methods of food production used today are not sustainable, while they fuel climate change.

“How we produce our food is still a big problem. We should not use the old methods of food production that are unsustainable and repeat the same mistakes of the global North economies.”

As leaders, scientists, corporations and civil society prepare for the COP27 summit, Kamau-Rutenberg says that negotiations need to see a shift in approaches to financing climate change adaptation – as well as the contentious issue of compensation for irreversible losses and damages for developing countries.

“Africa should not be let into debt again,” she says.

“We really need to take adaptation seriously through real financing. As we go to COP27 … we can’t be repeating the same sentences that Africa is vulnerable to climate change or food security is under threat, as this we already know. Financing adaptation in Africa is the practical solution that we need to see at COP27.”