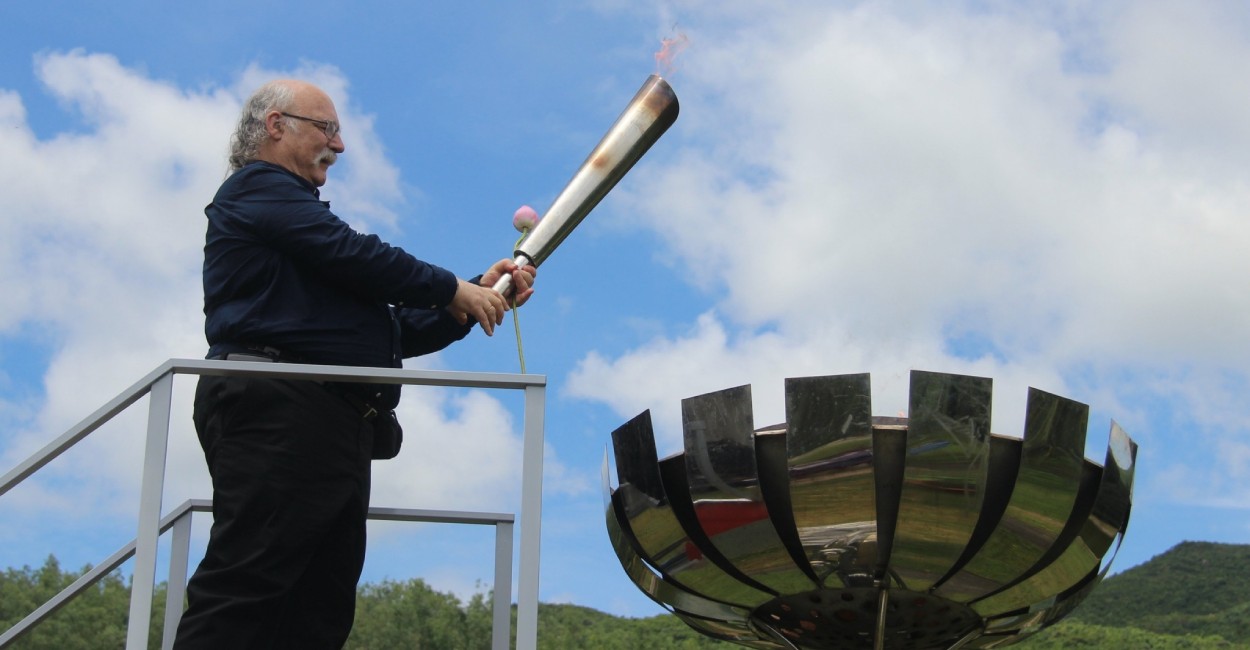 At a conference in Vietnam, Duncan Haldane who won the 2016 Nobel Prize in Physics with some famous scientists, lit a scientific torch to celebrate the International Year of Basic Science for Sustainable Development.

On the 11th of July 2022, at the International Center for Interdisciplinary Science and Education (ICISE – in Quy Nhon City, Binh Dinh), the Association to Meet Vietnam (Rencontres du Vietnam, France) in collaboration with the Ministry of Science and Technology and the People’s Committee of Binh Dinh Province, organized the Topo Quantum Electronics conference and the scientific torch lighting ceremony to celebrate the International Year of Fundamental Science for Sustainable Development, IYBSSD2022, for the first time in the world.

Participants of the conference were theoretical and experimental researchers working in the field of studying the electronic properties of quantum materials. The conference highlighted recent developments in the study of balanced and unbalanced properties of new quantum materials such as Topological states of matter, twisted bilayer systems, magnetic materials, TMDs (transition metals dichalcogenides), superconductivity, and quantum phenomena in the mesothelial system.

At the opening ceremony, there was also a ceremony to light a scientific torch. Accordingly, one of the best students representing the 5 schools mentioned above performed a ritual to create fire from sunlight (through converging light from a concave mirror) to ignite the scientific torch.

After that, the flame was passed through the torch in the following order: Mr. Nguyen Phi Long, Chairman of Binh Dinh Provincial People’s Committee; Mr. Bui The Duy, Deputy Minister of Science and Technology of Vietnam; Prof. Nurit Avraham, Weizmann Institute of Science (Israel); Prof. Tran Thanh Van, President of the Scientific Association Meeting Vietnam, and Prof. Duncan Haldane was the last to light the fire from the torch to the torch.