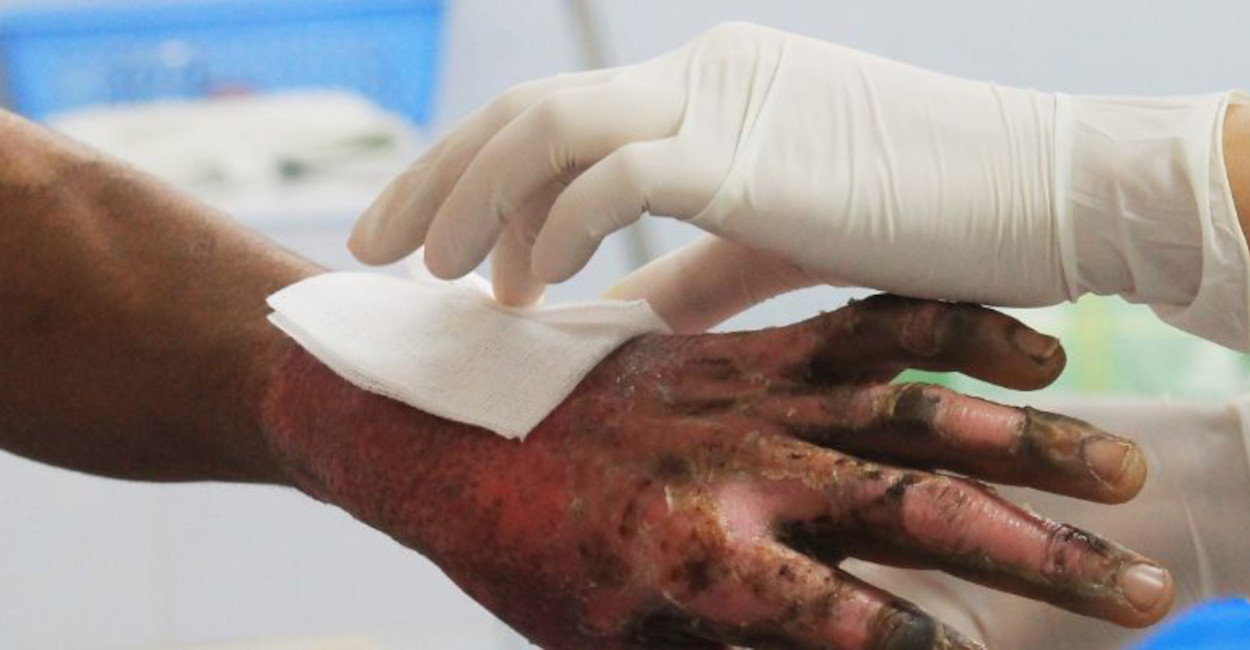 A group of chemists, microbiologists and engineers have produced a new type of nanomaterial dressing with antibiotic effect on burns and skin wounds, caused by bacteria.

As more and more strains of bacteria resist conventional antibiotics, chemists are constantly looking for new antibacterial compounds. One of the promising compounds is the so-called lipophosphonoxins (LPPO) developed by the team of Dominik Rejman from the Institute of Organic Chemistry and Biochemistry of the Czech Academy of Sciences (the CAS) in collaboration with Libor Krásný from the Institute of Microbiology of the CAS.

“Lipophosphonoxins represent a great hope for a new generation of antibiotics. They do not need to penetrate the bacteria, but act on the surface where they disrupt the bacterial cell membrane. This makes them capable of killing bacteria efficiently and quickly,” says Dominik Rejman. Their great advantage is that bacteria do not get used to them easily. “In an experiment lasting several weeks, we did not find bacteria resistant to these substances, whereas resistance to known antibiotics was relatively easy to develop,” adds Libor Krásný.

LPPO substances have potential especially where immediate targeted intervention is needed – for example, in the case of the aforementioned skin infections. But how to apply them to the wound? For practical use, it was necessary to find a suitable material to apply LPPO to the skin. The solution was offered by polymer nanofibers developed in the team of David Lukáš from the Technical University of Liberec.

The treatment is supposed to work by breaking down the nanomaterial into harmless molecules by the action of enzymes, with the LPPO being a solid part of it and released from it just as it breaks down. Moreover, this breakdown is supposed to be greatly accelerated in the presence of bacteria that produce degrading enzymes.

“This means that the more bacteria there are in the wound, the faster the material will decompose, and the more active substances will be released into the affected area to promote healing and soft tissue regeneration,” adds Dominik Rejman.

The ability of NANO LPPO to prevent wound infections and accelerate healing has been verified by experiments in mice models. “Where we used them, the spread of infection was virtually non-existent. If the clinical trials turn out well, this could mean a major advance in the treatment of burns and other serious injuries where infections pose an acute threat and a serious complication of treatment,” adds wound healing expert Peter Gál from the UK’s 3rd Faculty of Medicine.

From the application point of view, the NANO LPPO material is interesting to manufacturers of pharmaceuticals and medical devices. IOCB TECH (a subsidiary of the Institute of Organic Chemistry and Biochemistry of the CAS) and Charles University Innovations Prague (a subsidiary of the UK) are now collaborating to put it into practice.

NB: The results of the study were published in the Scientific Reports journal.

This post was initially shared by the Czech Academy of Sciences.