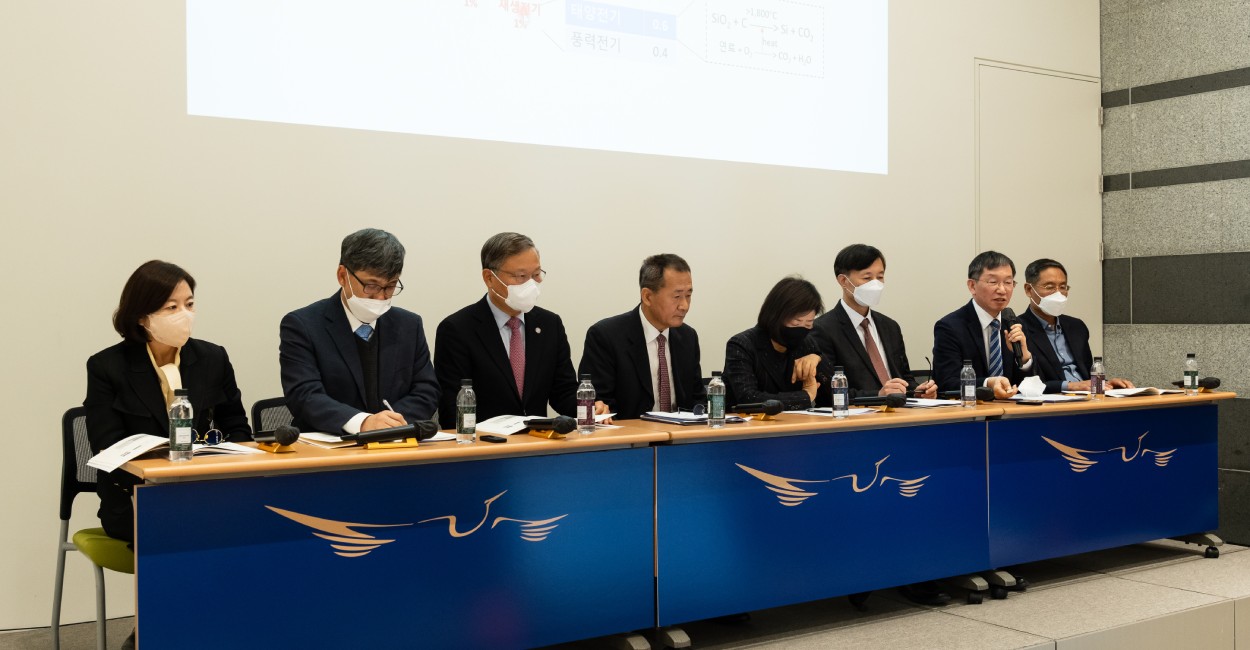 On December 1 (this month), the Korean Academy of Science and Technology (KAST) held its ‘KAST Roundtable Discussions’ on “The Role of Basic Science in Overcoming the Crisis of Energy and Climate Change.”

As the institution’s most representative forum for policy discussion since 1996, the “KAST Roundtable Discussions” is established to formulate long-term visions and development strategies, and to explore solutions for pending issues in science & technology.

Citing nuclear fusion energy as an example, he explained that basic science would play a critical role in the development of new energy sources. Lastly, he stressed that “the role of basic science is to develop energy in a direction that ensures a sustainable ecosystem, where humans and nature co-exist.”

Professor Kyung-Ja Ha’s presentation was titled “Directions of Basic Science to Overcome the Climate Crisis and Achieve Carbon Neutrality.” She shared climate change scenarios of Shared Socio-economic Pathways (SSP), and explained related issues such as the biodiversity crisis, accelerated rise of sea level, and expansion of areas affected by wildfires due to the dry climate.

According to the professor, the role of basic science in overcoming the climate crisis includes enhancing quantitative understanding of climate change, strengthening relations for basic science to be applied as technology, and providing source materials for renewable energy.

President Euijoon Yoon spoke on the topic of “The Age of Great Energy Transformation and Basic Science.” He introduced trends of energy markets and policies within and outside Korea, and analyzed the effects of the new initiative RE100 on the business environment. Among the case studies of basic science research aimed at overcoming the energy crisis were power grid design for preemptive response in the future, fuel cell electrodes, catalysts for hydrogen production, artificial photosynthesis, and biomass.

In addition, the president emphasized the importance of basic science research in addressing energy issues. In the designated discussions, researchers of various disciplines and journalists specializing in science exchanged opinions on measures to strengthen the basic science research infrastructure and raise awareness. The discussions were streamed live on YouTube, and viewers had the opportunity to participate in a real-time Q&A.