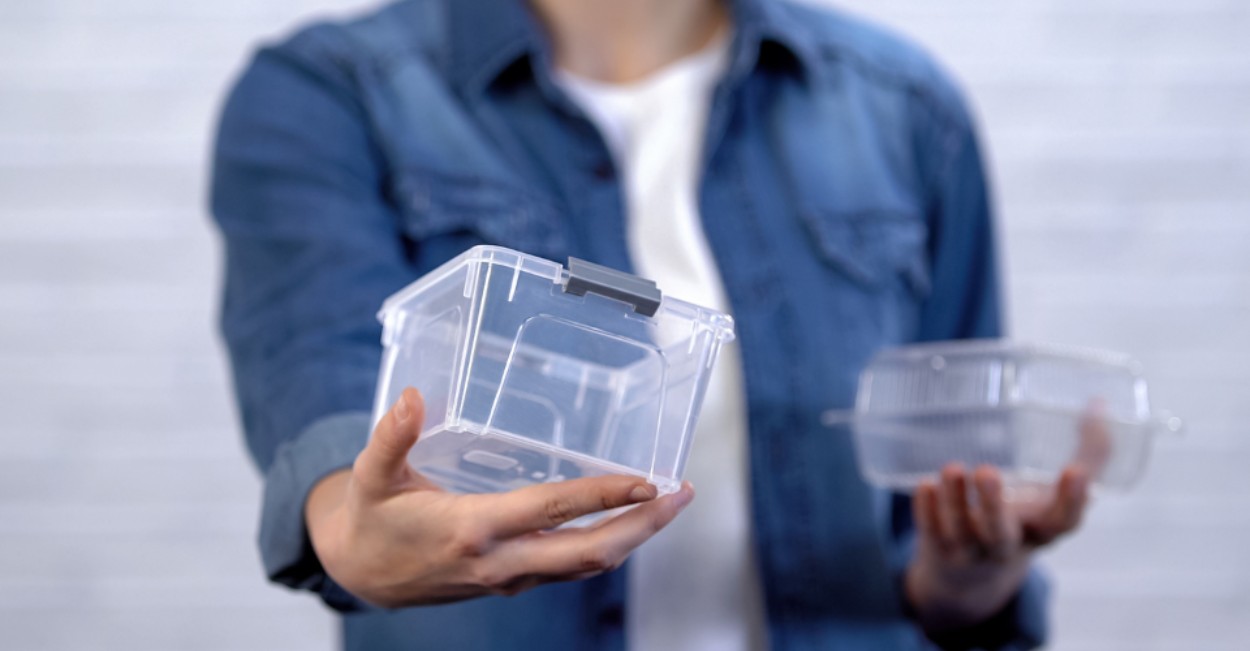 To reduce the use of the conventional plastic, a team of researchers in Brazil have developed ‘bioplastic’ as an alternative .

According to the United Nations (UN), currently, in Brazil, 11 million tons of plastic are dumped into the sea per year. Research indicates that the volume should double by 2030 and almost triple by 2040.

A global agreement that deals with measures against plastic pollution was even approved this March by the UN and officially classified plastic as a threat to the environment. Therefore, there is a great research effort to find alternatives to this material that, in addition to polluting, uses fossil resources for its production.

“Imagine you buy a piece of hamburger and the plastic it comes packaged in is biodegradable and still edible,” emphasizes chemist Márcia Regina de Moura Aouada, professor at the Faculty of Engineering of Ilha Solteira (Feis-Unesp) and coordinator of the study that developed bioplastic, also called “green plastic”.

The researchers who make up the Group of Hybrid Composites and Nanocomposites (GCNH) of the Department of Physics and Chemistry of the Universidade Estadual Paulista (Unesp), in Ilha Solteira, coordinated by Márcia Regina and also by Professor Fauze Aouada, aim to develop biodegradable packaging of food that, in addition to not having fossil resources as its source, protects and prolongs the shelf life of food.

“The material was developed based on the concern we have in the Group regarding the disposal of food packaging, which is one of the major environmental problems today. The biggest issue is really reducing the use of conventional plastics, which use fossil resources for their production,” says the researcher and coordinator of the Group.

“We use colorless gelatin, clay and black pepper essential oil nanoemulsion as the main raw material for this bioplastic,” emphasizes the chemist.

She explains that gelatin was one of the first materials used in the production of biopolymers and continues to be widely used due to its abundance, low cost and excellent properties for forming films. “However, the biopolymers lacked the necessary mechanical properties to have a package comparable to that obtained from petroleum, so we added clay,” explains the researcher.

The result was packaging that was even stronger than conventional plastic. “In conventional polyethylene-based plastics, the tensile strength usually varies between 20 MPa and 30 MPa – less than half of that achieved with bioplastics,” celebrates Márcia Regina.

It also details that the black pepper oil nanoemulsion was added with the aim of achieving an edible package with better odor and flavor and, in addition, that could extend the shelf life of the packaged food through the addition of antimicrobial components and antioxidants that black pepper essential oil has. To this end, she reinforces that the essential oil can be changed as needed to package other types of food.

Marcia Regina says that, despite the pandemic having greatly delayed the evolution of research in general, her group has managed to advance a lot in recent years. In addition to the aforementioned bioplastic, the group is researching the production of edible packaging containing nanostructures derived from cabbage puree, cocoa puree, cupuaçu puree and camu-camu extract, with potential application in the food, pharmaceutical and cosmetics industries.

“We intend to give people the option of packaging that is consistent with the issue of sustainability and conscious consumption. The inclusion of this type of packaging in the market will certainly reduce the use of conventional plastic-based packaging, thus reducing the accumulation of solid waste, which is a major global problem,” reinforces the researcher.

Regarding the feasibility of these packages being available to consumers, chemistry believes it is possible, as some industries are already interested. “We haven’t patented it yet, it’s a bench research, but we do have the dream of seeing this product being commercialized,” concludes Márcia Regina.

2022 was elected by the UN as the International Year of Basic Sciences for Sustainable Development, an idea that encompasses a study developed by chemistry that even emphasizes: “our proposals fit the Sustainable Development Goals proposed by the UN and I believe that we must and can develop more research focused on achieving these fundamental goals for the quality of life and sustainability of the planet”.

The research is supported by Fapesp through a Regular Research Grant and also through the Center for the Development of Functional Materials (CDMF), a Research, Innovation and Dissemination Center (CEPID) based at the Federal University of São Carlos (UFSCar) .