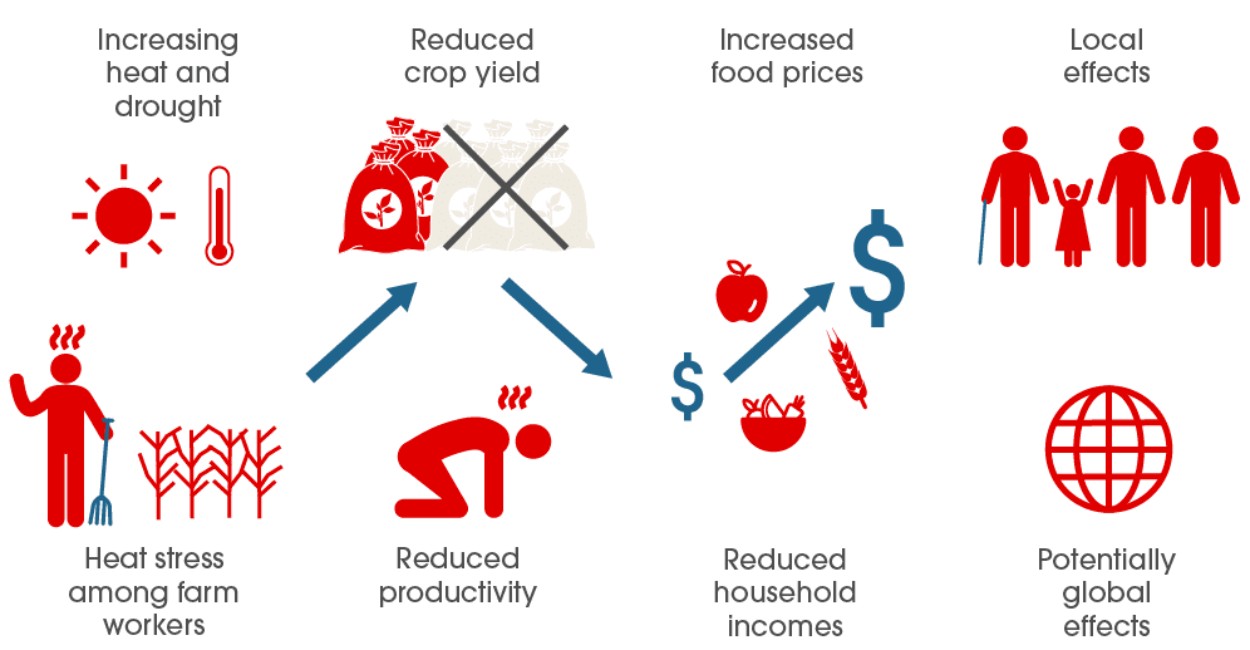 In a recently-published study, scientists warned that millions of lives are at risk in climate-vulnerable communities, due to lack of early warning systems for extreme weather conditions.

A lack of extreme weather early warning systems means millions of lives are at risk in climate-vulnerable communities in the global South, climate scientists warn in a landmark report.

Petteri Taalas, secretary-general of the World Meteorological Organization (WMO), said during the launch of the report’s summary for policymakers that it was critical to increase attention on adaptation, as extreme weather events continue to get worse in the coming decades.

“One of the powerful ways to adapt is to invest in early warning services. But the basic weather and climate observing networks have severe gaps in Africa and island states,” Taalas said. Only half of the 193 members of the WMO had these services, resulting in higher human and economic losses, he added.

“The scientific evidence is unequivocal: climate change is a threat to human wellbeing and the health of the planet. Any further delay in concerted global action will miss a brief and rapidly closing window to secure a liveable future,” said Hans-Otto Pörtner, co-chair of the IPCC’s Working Group II that produced the report.

UN secretary-general Antonio Guterres said that the assessment report was like no other scientific report he had ever seen, calling it an “atlas of human suffering and a damning indictment of failed climate leadership”.

The document examines the risks posed by global warming, while offering ways that communities in different regions can adapt to the impacts of climate change.

Small islands present the most urgent need for investment in capacity building and adaptation strategies, the report found, while Asia is facing increasingly severe heatwaves, monsoons and glacier melting.

Impacts on rural livelihoods and food security, particularly for small and medium-sized farmers and indigenous peoples in the mountains, are projected to worsen in Central and South America.

The “overwhelming majority” of global climate finance was targeted at emissions reductions, said Roberts, head of the sustainable and resilient city initiatives unit at South Africa’s eThekwini municipality, which includes the city of Durban.

Climate finance for adaptation in Africa is billions of dollars short of what it needs to be to reach even the lowest adaptation cost estimates, according to the report.

Analysis released on 25 February 2022, by Power Shift Africa, a think tank led by founding director Mohamed Adow, found that governments in Africa are spending up to US$90 million a year on climate adaptation, despite contributing the least to global greenhouse gas emissions.

Meanwhile, small island developing states lack access to data for climate modelling, the report says, which impedes their abilities to plan for and adapt to future extreme weather.

“This report shows that the rich world needs to radically increase adaptation support to those on the front lines of this emergency,” said Adow. “With 2022 seeing the UN climate summit COP27 taking place in Africa, this is the perfect year to address the adaptation crisis.”

Mami Mizutori, special representative of the UN secretary-general for disaster risk reduction, said: “The IPCC report points to many solutions on improving regional and local information, providing sound data and knowledge for decision-makers. This does work. Countries have succeeded in saving many lives through improved early warning systems and preparedness.”

Mizutori said that more investment in disaster prevention and risk reduction was needed for the world’s most vulnerable countries.

The report identified 127 risks covering a wide range of sectors, including agriculture, economies, infrastructure, and ecosystems. However, it suggests there are adaption measures that are feasible and effective and can reduce risks to people and nature.

Ecosystem restoration is a powerful tool for improving adaptation, the report says, while flood risks can be met by enhancing natural water retention by restoring wetlands and rivers, or upstream forest management.