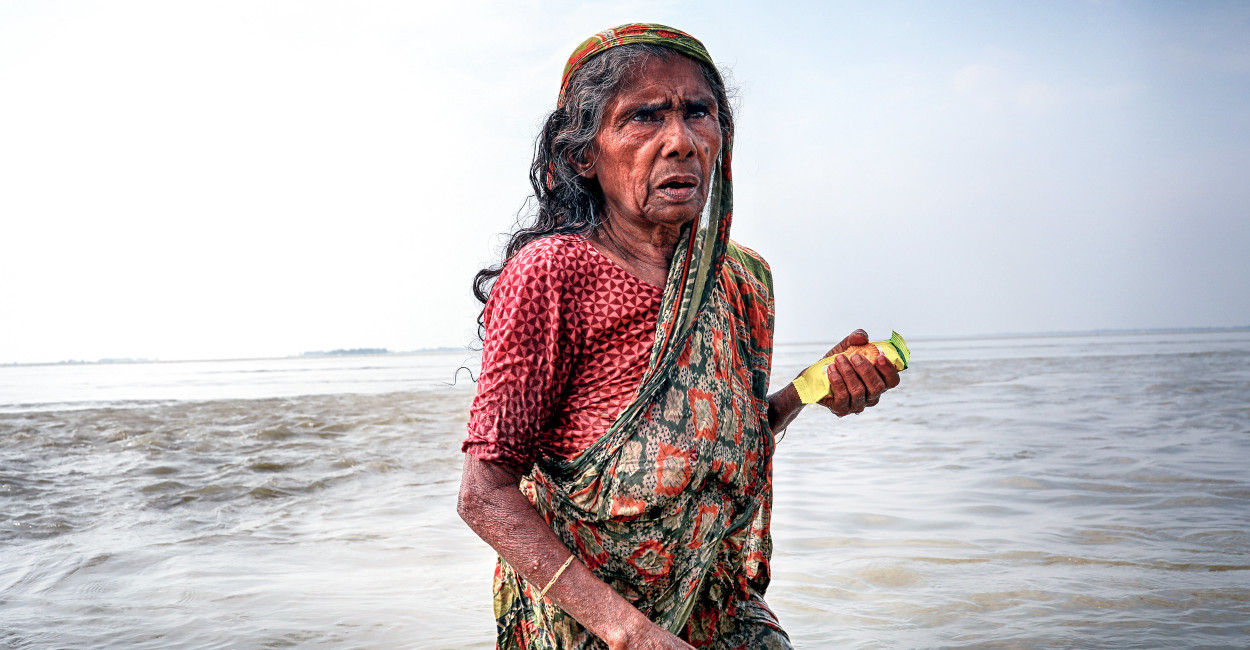 Climate hazards such as extreme heat, drought and storms could trigger “cascading impacts” that may be felt around the world within the next decade, warns a study released ahead of the recently-convened UN climate summit, COP26.

Increasingly frequent extreme weather events could lead to more food insecurity, displacement of people, and conflict within vulnerable countries by 2030, with knock-on effects for whole regions and the global economy, according to the report by UK-based policy institute Chatham House.

The ten “hazard-impact pathways” of greatest near-term concern all relate to Africa or Asia, the report says, referring to the chain of impacts triggered by climate-related events.

However, the repercussions of these hazards may be far-reaching, it suggests.

The research drew on the views of more than 200 climate scientists and other specialists to assess which immediate climate hazards and impacts should most concern decision-makers in the coming decade.

Climate impacts not only in vulnerable places

“One of the really concerning things that the research highlighted was that [climate change] impacts aren’t confined to the vulnerable place where they happen,” said Ruth Townend, a research fellow with the environment and society programme at Chatham House and co-author of the report, What near-term climate impacts should worry us the most?

“But the vulnerability of the place where they happen means impacts are bigger than they might otherwise be. They then cascade and have knock-on impacts and sort of chain reactions … that are global in their nature, or at least cover large regions.”

Researchers say the findings, released ahead of the COP26 in Glasgow (31 October-12 November), show that it is in the interests of wealthy nations to finance climate adaptation in the most at-risk regions, where action is urgently needed to address socioeconomic vulnerabilities to climate impacts.

Wealthy nations have so far failed to deliver on pledges made at the 2009 climate conference in Copenhagen of at least US$100 billion a year in climate finance to support developing nations in tackling climate change.

“With COP26 coming up, all eyes are focused on … what can be achieved, particularly in terms of cutting emissions, but one of the key findings of the report is that … in the near-term one of the most important things is addressing issues of adaptation,” said Townend.

“If we don’t act in the 2020s to help vulnerable countries cope with the climate change that is already happening, and will continue to happen, then we’re going to incur wildly spiralling costs in terms of dealing with those disasters in the near future.”

Concerns highlighted by the climate scientists and other specialists included heightened food insecurity in South and South-East Asia, and Australasia, as well as reduced food security globally arising from multiple climate hazards leading to “breadbasket failures”.

“You have these key breadbasket regions which export grain to other areas and they play this really important role of stabilising food supply,” said Townend. “So, if your harvest fails, you’re able to buy in grain from outside and that means people don’t go hungry and the impacts are confined, but … if those breadbasket regions get hit, that safety net is taken away from the whole region and that can increase global food prices.”

Daniel Quiggin, senior research fellow at Chatham House and lead author of the report, said: “Lack of resilience in the agricultural sector, as well as widespread poverty and inequality in developing nations, most notably in Africa, will exacerbate the impacts of climate change and drive cascading effects across borders.

“Without more aid for adaptation and poverty reduction, food insecurity due to extreme heat, drought, storm damage and multiple crop failures could result in political instability and conflict and drive increased migration to Southern Europe.”

The paper calls for the development of a comprehensive climate risk register that charts the communities most vulnerable to climate hazards, the potential cascading risks, and what can be done to increase resilience.

“The key thing that we’re saying in this report is that by addressing those issues of vulnerability, we can actually prevent really appalling climate disasters from occurring in this decade,” added Townend.

Ritu Bharadwaj, climate governance and finance senior researcher at the International Institute for Environment and Development, said finance for climate ‘loss and damage’ would be one of the key issues to address at COP26.

“It is happening now and vulnerable countries and communities around the world are losing their lives, their livelihoods, their homes — they’re getting displaced,” she told a SciDev.Net debate, adding: “These issues will only escalate as climate change impacts get worse.”

This article was first published by SciDev.net.