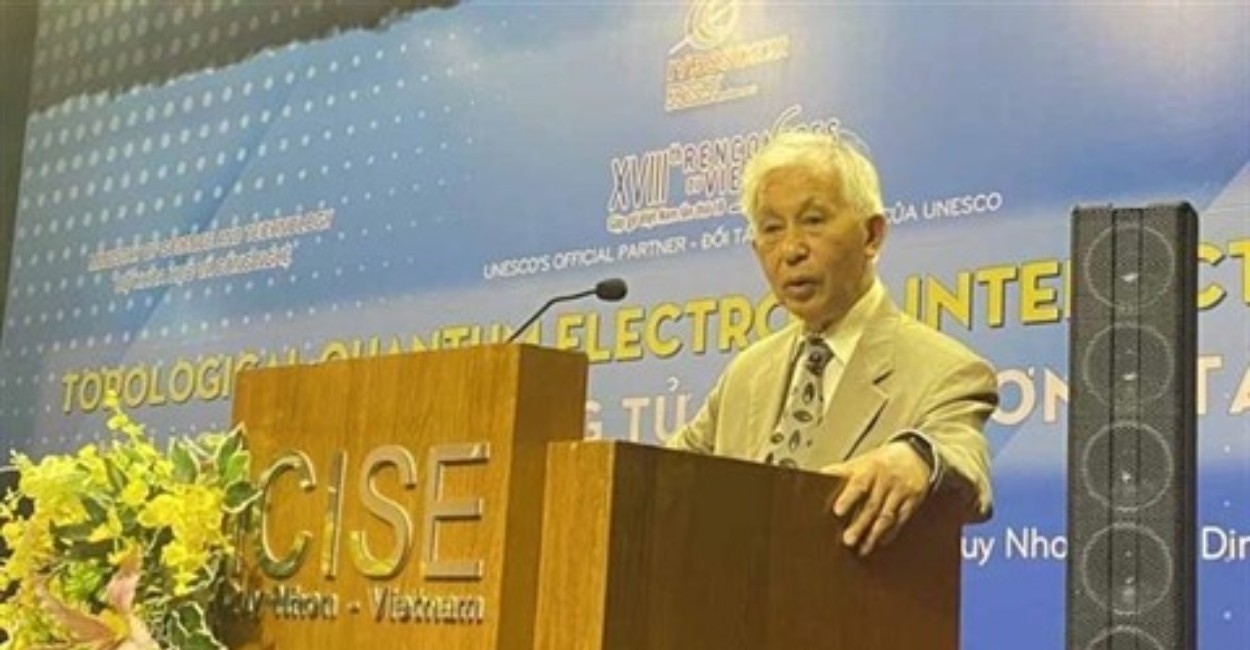 70 scientists from 13 countries and territories, as well as hundred of Vietnamese scientists, students and people were part of an international scientific symposium titled: “Topological quantum electrons interacting in person”.

The launching ceremony of IYBSSD2022 which took place on July 8 was organized by the United Nations Educational Organization, Science and Culture (UNESCO).

Theoreticians and experimentalists working in the field of electronic properties of quantum materials highlight, in about thirty scientific reports, recent developments in the study of the equilibrium and non-equilibrium properties of new quantum materials such as: topological states of matter, twisted bilayer systems, magnetic materials, TMDs (transition metal dichalcogenides), superconductors, quantum phenomena in mesoscopic systems, etc.

Motivated by the long period when face-to-face interactions was banned due to the COVID pandemic, the event provided young scientists and speakers with the opportunity to exchange experiences.

Speaking at the opening ceremony, Professor of Physics, Trân Thanh Vân, who is the president of “Rencontres du Vietnam”, said he highly appreciated the help given to ICISE by the officials of Binh province Dinh for organizing the important scientific event.

“The main objective of ICISE is to promote scientific exchanges and share scientific and educational experience between developed and emerging countries. Through such interactions in a relaxed atmosphere (like that of ICISE, in Quy Nhon), we very much hope that new ideas will emerge and contribute to the progress of science in the world,” he said.

On his part, Deputy Minister of Science and Technology, Bùi Thê Duy, said that the conference is an opportunity for students who are passionate about science to broaden their horizons and acquire more useful knowledge from teachers. renowned worldwide.

“At the same time, it is hoped that the students who attend the conference today will learn, accumulate knowledge, study well and strive in the future to become brilliant scientists, serving the motherland and the country, as Professors Trân Thanh Vân and Dàm Thanh Son,” he noted.

Lighting of the torch of knowledge

The event brought together teachers and around sixty students from five elite schools in the provinces of Binh Dinh, Quang Ngai and Phu Yên (Centre), Gia Lai in Tây Nguyên (Central Highlands). It offered brilliant students the opportunity to meet leading scientists from around the world. The fire of this torch of knowledge was lit continuously throughout the week at the international scientific conference.

This post was first shared by Le Courrier du Vietnam.