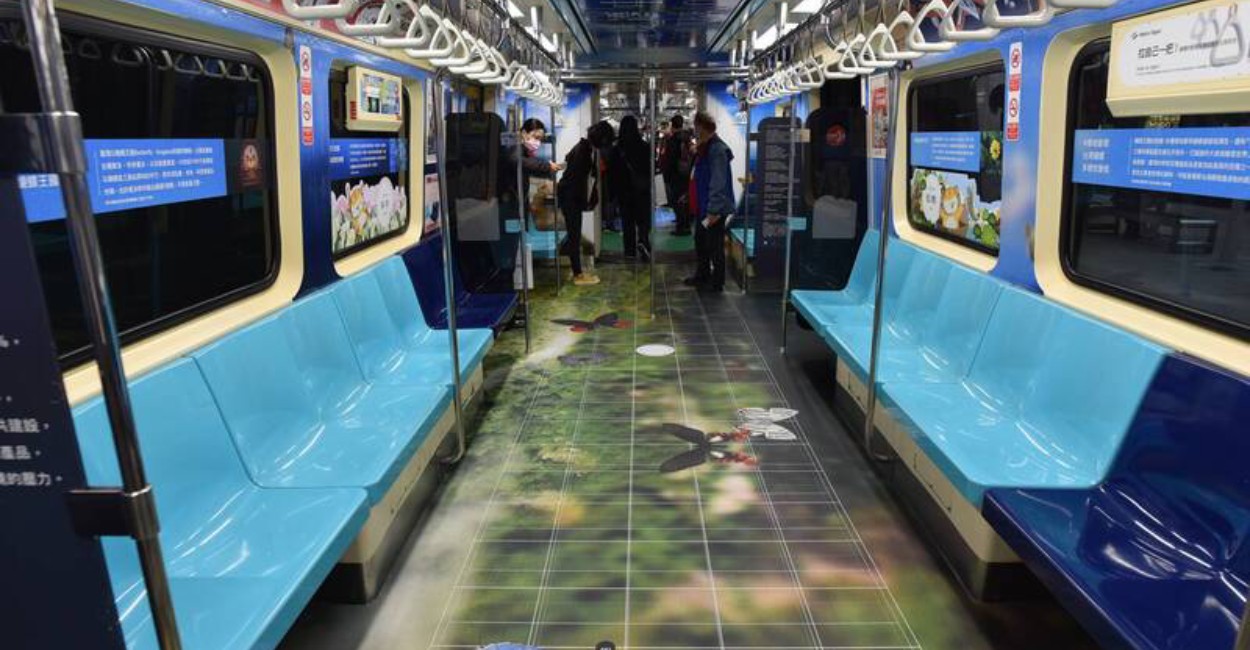 Taiwan says it will support four MRT trains having paintings of nature, carbon reduction, the oceans and various other aspects of science, as part of promoting IYBSSD2022.

The National Science Council in Taiwan has announced that it will be promoting four MRT trains in the north, central and south, including Beijie, Taojie, Zhongjie, and Gaojie.

Concepts such as nature, carbon reduction, and the ocean are presented in an easy-to-understand manner, allowing the public to understand the importance of basic scientific research and sustainable development while taking the MRT. On 9 January 2023, the painted carriages officially set off and are expected to be exhibited for 4 months.

Trains as response to IYBSSD

Lin Mincong, vice chairman of the National Science Council, said that the painted train is in response to the United Nations International Year of Basic Science for Sustainable Development (IYBSSD). Emphasis is placed on the connection between sustainability and locality. For example, Taiwan’s promotion of carbon reduction is different from that of other countries.

Planned by the National Science Council, the painted train officially set sail at Taipei MRT Songshan Station today, and with the cooperation of various regions, it will be used in the train carriages of the four north, middle and south routes of Taipei MRT, Taichung MRT, Taoyuan Airport MRT, and Kaohsiung MRT. Or it will be painted on the outside.

In the future, it is expected that the Kaohsiung Light Rail Transit will be in operation in late January, and Zhongjie and Taojie will be in relay operation in mid-February.

Qiu Meihong, a professor at the Institute of Science Education at Taiwan Normal University, took the lead and recruited more than 10 academic professionals to form a consulting team. She said that science seems to be serious and only the elite can learn it, but this time the train painting is divided into 4 major themes, including human and big. Nature, people and society, ocean and forest, carbon footprint, etc., translate science in a people-friendly way.

Passengers are not necessarily producers of scientific knowledge, but users and practitioners. Only by changing the attitude of life can we create sustainability.

In addition, the National Science Council invited the Taipei Civil Rights Junior High School team, the champion of the Junior High School Group in the Environmental Education Practice Competition of the Ministry of Education, to demonstrate by changing the common fitness equipment in the park, such as waist spinners, walking machines, upper arm training machines, etc., into recyclable Kinetic energy used to generate electricity, so that people can charge their mobile phones while exercising, echoing the spirit of IYBSSD “rooted in science, sustainable Taiwan”.

NB: This post was culled from a link shared by Meltwater