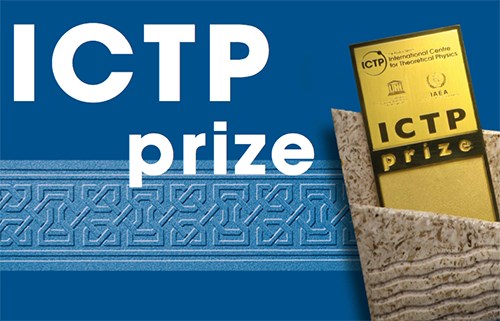 ICTP is now accepting nominations for young researchers from developing countries for its ‘2021 ICTP Prize’, and will present a sculpture, certificate and cash prize to the winner.

ICTP is now accepting nominations for young researchers from developing countries for the 2021 ICTP Prize.

The prize recognizes outstanding and original contributions to physics and includes a sculpture, a certificate, and a cash prize. Past winners include Ashoke Sen (1989), the Indian theoretical physicist who was awarded the 2012 Fundamental Physics Prize, and former ICTP Director Fernando Quevedo (1998).

The deadline for nominations is 30 September 2021. All nominations must be submitted via ICTP’s online application system.

Please see more details about nominating a candidate, as well as the complete list of past ICTP Prize winners and their award citations.