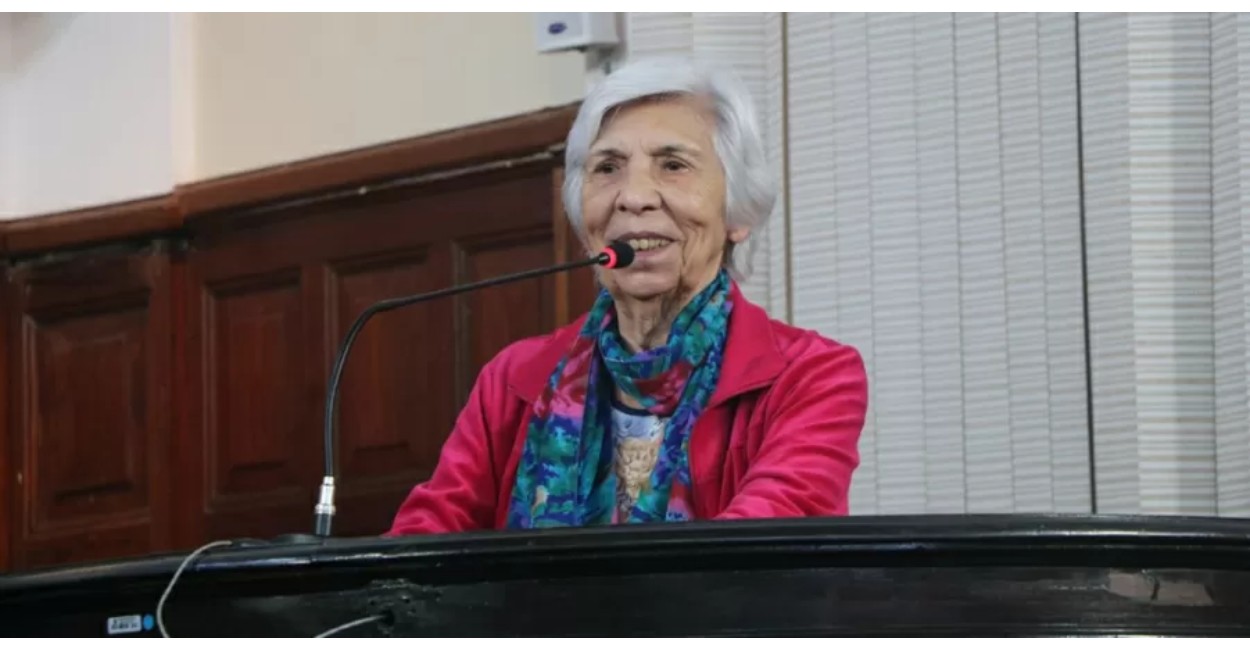 Yvonne Mascarenhas turned 91 on the 21st of July 2022, having dedicated at least 70 years to scientific research. The accomplished Brazilian woman scientist is a force to be reckoned with in the field of physical chemistry.

Academic Yvonne Mascarenhas turned 91 in 2022, having dedicated at least 70 of them to scientific research.

The meeting was opened to the public and also broadcasted live via the IFSC website.

Throughout her 91 years of life, Yvonne Primerano Mascarenhas has built a brilliant path, being a reference as a woman, scientist and as a professional in the field of physical chemistry. Born on 7/21/1931 in the city of Pederneiras, in São Paulo, Académica became an international reference in its field, being considered one of the most productive researchers in Latin America.

Today, with the title of Emeritus Professor at CNPq, the researcher has a great legacy of female occupation in universities and high-level innovative scientific production.

Yvonne’s history with science began in 1954, when she studied for a degree in chemistry and physics at the Federal University of Rio de Janeiro (UFRJ). In 1956, with her first child in her arms and her second daughter in her belly, the carioca moved to the small town of São Carlos, in the interior of São Paulo. She and her then-husband, physicist Sérgio Mascarenhas, also an academic who died in 2021, had been hired to teach at the new campus of the University of São Paulo (USP) in the city.

Yvonne was the first woman to hold a chair in the Physics Department of the São Carlos School of Engineering and her participation was fundamental in the creation of the São Carlos Institute of Physics (IFSC-USP), one of the most important research centers in Latin America. .

In addition to the undeniable prominence within the laboratories, since 2010 the “Senhora dos Cristais” – a title she received in the academic environment – ​​is dedicated to scientific communication, aimed at supporting public basic education.

Yvonne Mascarenhas coordinated a working group of the Institute for Advanced Studies at UFSCar and a scientific dissemination agency, whose main communication vehicle is the Ciência Web portal .

With numerous contributions to Brazilian science in her curriculum, the researcher received several honors and awards, including the Grand Cross of the National Order of Scientific Merit (1998); Pioneers of Science in Brazil award, from CNPq (2014); the International Union of Pure and Applied Chemistry (IUPAC) award for 12 outstanding scientists (2017). In 2021, she became the first woman to receive the Joaquim da Costa Ribeiro Award, given by the Brazilian Society of Physics (SBF), for her pioneering research activities in crystallography.

Among so many awards and nominations, Yvonne Mascarenhas‘ greatest treasure is her family: the scientist had four children, ten grandchildren and ten great-grandchildren.