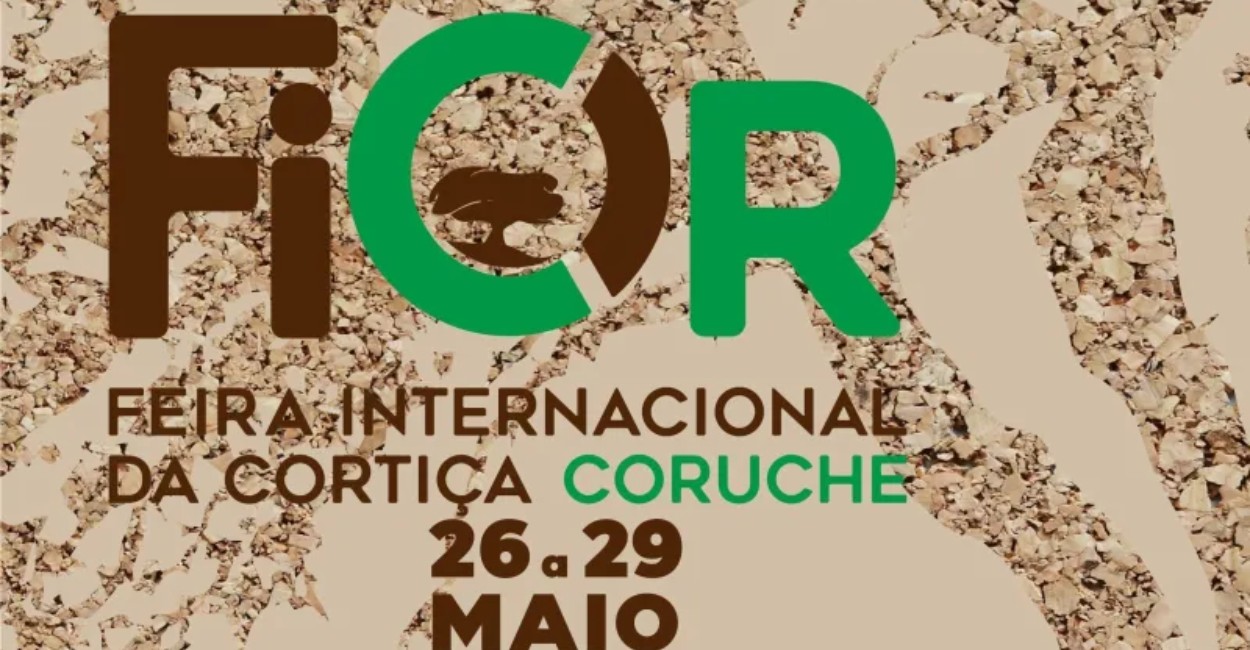 After a two-year break, the Feira Internacional da Cortiça, FICOR, has been held in Portugal with delegates participating in the live conferences, fashion shows and concerts.

Two years later in a model limited by the pandemic and after the important recognition of Tiragem da Cortiça as an Intangible Cultural Heritage of Portugal, FICOR – Feira Internacional da Cortiça returns stronger, from 26 to 29 May 2022, to the full face-to-face format of conferences and debates, fashion shows, concerts, stand-up comedy shows, wine tastings and spaces especially dedicated to gastronomy.

In addition to the Coruche Fashion Cork fashion show, presented this year by Isabel Angelino, in which the projects and ideas for the V edition of the Ideas and Creativity Contest will be announced, FICOR and the Municipality also promise moments of escape and sport. such as the Corrida das Pontes e da Família or the 1st Morphofunctional Contest of the Luso-Arabe Horse, not forgetting a grandiose bullfight, fought one-on-one by Rui Fernandes and João Ribeiro Telles.

In the International Year of Basic Sciences for Sustainable Development, proclaimed by the United Nations General Assembly, the 14th edition of FICOR’s mission is to raise local awareness of the importance of education in basic sciences, aiming at sustainable development and improving the quality of people’s lives, especially in cork and cork forests.

The theme will, in fact, be highlighted in the Sustainability space, on the first floor of the Multipurpose Pavilion in Coruche, and also addressed from a scientific point of view at the conference “O Sobreiro – What to do in a more extreme climate”, promoted by the Association of Forest Producers (Association of Forestry Producers). APFC) at the Cork and Cork Oak Observatory.

In this regard, and in the context of climate change, Susana Cruz, Councilor of the Municipality of Coruche, stresses that it is “particularly relevant to debate crucial issues related to soil fertility, water management and the tree’s adaptation to all these factors”. The program also provides for the signing of the New Forest Generation protocol between the Municipality of Coruche, the Portuguese Association of Forestry Students (APEF) and the APFC, with a view to promoting curricular internships in the area of ​​forestry engineering in the municipality of Coruche.

There are countless reasons for a visit to the largest cork fair in the country. On the one hand, there are tastings and Wine Conversations at Wine & Cork , a space exclusively dedicated to free tastings and reflection on the symbiotic and ancestral interaction of cork and wine. On the other hand, in the Sabores do Montado space, we have the tasting of the gastronomy and flavors of the territory.

The program extends to a set of activities, including the stand-up comedy show with João Seabra, the concert with the fado singer Beatriz Felizardo and RAYA, and the Coruche Fashion Cork fashion show, this year presented by Isabel Angelino, with guest appearances by Sofia Cecílio and Dandy Sax. During the parade, the projects and ideas of the 5th edition of the Ideas and Creativity Contest, held within the scope of the PROVERE project “Montado de Cork and Cork” will also be announced.

But there is more: escape, sport, bullfighting and gastronomy. The program also highlights the consecrated Corrida das Pontes e da Família, the 1st Morphofunctional Contest of the Luso-Arabe Horse and a grandiose bullfight, led one-on-one by Rui Fernandes and João Ribeiro Telles. In turn, at Praça da Restauração, there is no lack of the acclaimed regional gastronomy, present in the local restaurants that dedicate their menus to the flavors of the cork oak forest and the Ribatejo traditions. Finally, it should be remembered that the Rural Center has only until 31 May the temporary exhibition “The cork drawing – before and after”, dedicated to the ancestral activity of cork harvesting and the associated cultural and natural heritage, inaugurated a few years ago. a year, in the 13th edition of FICOR.

Once again, FICOR opens a Coruche window to the world, assuming itself as an international event capable of bringing together the main players in the cork oak and cork sector, and doing so with ecological awareness, demonstrating the countless natural and geographical potentialities do Concelho, valuing the cork oak forest as an ecological and economic niche of inestimable value and reinforcing Portugal’s international leadership in the sector. Because Coruche is the cork capital of the world.