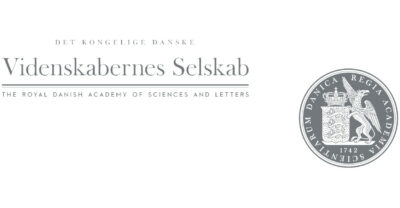 “To strengthening of the position of scholarship in Denmark, particularly that of basic science and of the promotion of inter-disciplinary understanding.”

The Royal Danish Academy of Sciences and Letters (Kongelige Danske Videnskabernes Selskab) was founded in Copenhagen on 13 November 1742 by King Christian VI when the King gathered together a group of experts to sort out his collection of medals. From this rather narrow interest, the Academy soon covered antiquities more generally, as well as mathematics, physics and natural history. Today it embraces all branches of science and scholarship and has about 250 Danish members and 250 foreign members.

In 1745 the Academy produced its first publication, and it has continued publishing uninterrupted since that time. In 1761, the Academy took responsibility for a complete survey of Denmark and Schleswig-Holstein by the method of triangulation, resulting in 24 accurate maps of the region. The Academy, which at this time met in buildings provided by the King, produced its first bylaws in 1776. From 1838 it met in the buildings in Copenhagen, which is now home to the National Museum of Denmark. In 1866, the Academy was reorganized into two classes, namely mathematics and natural sciences on the one hand and humanities and social sciences on the other, but they have continued to have joint meetings until today. Every second week in the semester they congregate and listen to lectures from both sides.

The Academy’s fundamental purpose, as stated in the article 1 of the statutes: “is to strengthening of the position of scholarship in Denmark, particularly that of basic science and of the promotion of inter-disciplinary understanding. These objectives are to be archived by holding meetings and issuing publications through international collaboration and by consultative activities”.

Today the Academy also organizes many public lectures both with local scientists but also with outstanding international researchers within the natural sciences as well as the humanities and social sciences and the Academy both organizes and houses many symposiums.