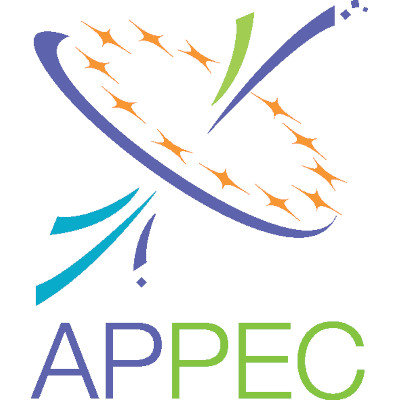 APPEC is a consortium of 19 funding agencies, national government institutions, and institutes from 17 European countries, responsible for coordinating and funding national research efforts in astroparticle physics.

The APPEC General Assembly gathers heads of agencies around Europe and observers from international organizations such as CERN, the European Southern Observatory (ESO), Astronet and the European Committee for Future Accelerators (ECFA), to coordinate a collective European strategy for astroparticle physics, execute the recommendations of the roadmap and to create a forum where future actions are discussed and common endeavours emerge.

Astroparticle physics is the fascinating field of research at the intersection of astronomy, particle physics and cosmology. It simultaneously addresses challenging questions relating to the micro-cosmos (the world of elementary particles and their fundamental interactions) and the macro-cosmos (the world of celestial objects and their evolution) and, as a result, is well-placed to advance our understanding of the Universe beyond the Standard Model of particle physics and the Big Bang Model of cosmology.

One of its paths is targeted at a better understanding of cataclysmic events such as: supernovas – the titanic explosions marking the final evolutionary stage of massive stars; mergers of multi-solar-mass black-hole or neutron-star binaries; and, most compelling of all, the violent birth and subsequent evolution of our infant Universe. This quest is pursued using the combined and often complementary power of all ‘cosmic’ messengers: cosmic rays, electromagnetic waves (i.e. ‘light’ but also photons at all energies), neutrinos and gravitational waves. Another path aims to elucidate long-standing mysteries such as the true nature of Dark Matter and Dark Energy, the intricacies of neutrinos and the occurrence (or non-occurrence) of proton decay.

The field of astroparticle physics has quickly established itself as an extremely successful endeavour. Since 2001 four Nobel Prizes (2002, 2006, 2011 and 2015) have been awarded to astroparticle physics and the recent – revolutionary – first direct detections of gravitational waves is literally opening an entirely new and exhilarating window onto our Universe. We look forward to an equally exciting and productive future.

Many of the next generation of astroparticle physics research infrastructures require substantial capital investment and, for Europe to remain competitive in this rapidly evolving global field of research both on the ground and in space, a clear, collective, resource-aware strategy is essential. As a relatively new field, European astroparticle physics does not benefit from a natural and strong inter-governmental organisation that has a remit to drive it, in the same way as CERN, ESO and ESA help to drive their areas of specialism. This is why, in 2001, European scientific agencies founded APPEC (the Astroparticle Physics European Consortium). Since 2012, APPEC became a consortium operated on the basis of a Memorandum of Understanding with the overarching aim of strengthening European astroparticle physics and the community engaged in this field.