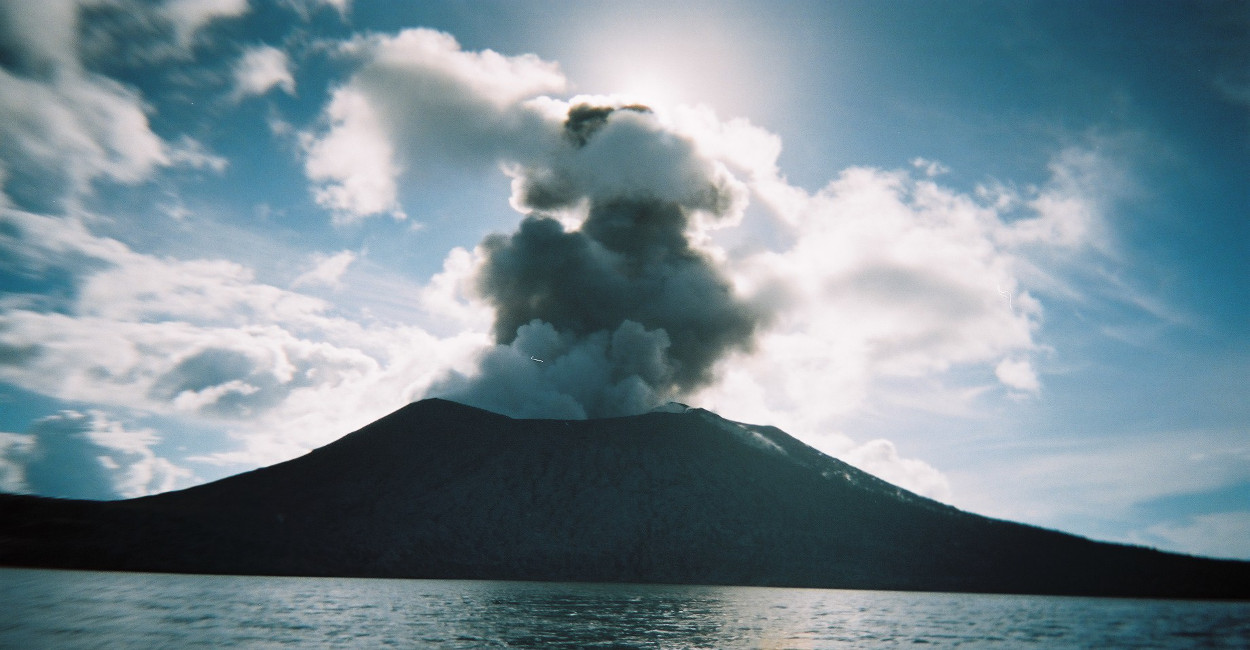 Specially outfitted drones are helping scientists get close to active volcanoes in a quest to measure and better understand their carbon dioxide emissions.

As part of the ABOVE (Aerial based Observations of Volcanic Emissions) project using drones with miniaturised gas-sampling equipment, researchers were able to measure emissions of Manam and Rabaul volcanoes in Papua New Guinea. These active volcanoes are difficult to access by traditional ground-based technologies.

Team member Kieran Wood, a senior research associate at the aerospace engineering department at the University of Bristol, UK, who works with aerial robotics for remote sensing of the environment, says the latest work focused on quantifying the carbon dioxide flux emitted by Manam.

The only safe solution

Manam, previously identified as among the top ten emitters of sulphur dioxide based on satellite data, was suspected to be contributing significantly to carbon dioxide as well. The findings were published 30 October in Science Advances.

According to the researchers, volcanic emissions are critical to the Earth’s carbon cycle. But carbon dioxide measurements have so far been limited to a relatively small number of the world’s estimated 500 degassing volcanoes. Measurements need to be collected very close to active vents and, for hazardous volcanoes like Manam, drones are the only safe solution.

Predicting the next eruption

Separately, calculating the ratio between sulphur dioxide and carbon dioxide in a volcano’s emission is critical in predicting when an eruption is likely to take place. The researchers could capture gas samples and analyse them within hours by flying drones two kilometres high and equipped with gas sensors, spectrometers and direct sampling devices.

Wood says that with large active volcanoes, such as Manam, “it become both too dangerous and too difficult to ascend the volcano [on foot] and work near the active vent. A drone can overcome these challenges because all operators can be located ten kilometres away and the drones can fly above difficult volcanic terrain”.

A concentration of experts

“Drones have been used in other studies, but this project brought together most of the world’s experts all in one place, and also simultaneously used complementary remoting sensing techniques from ground cameras and satellite data,” says Wood. “The data contributes to our understanding of the global carbon cycle and the natural emissions of carbon dioxide from volcanoes.”

A second focus of the study was to develop new technology and methods. “By gathering all of the world’s experts in one location, we were able to share our expertise with each other very effectively leading to a much better understanding of the art of the possible,” says Wood.

Lessons from the past

Jessica Whiteside, an associate professor of geochemistry at the National Oceanography Centre, University of Southampton, UK, tells SciDev.Net that “extensive volcanism in the Earth’s deep past are literally and metaphorically hot topics because they are associated with mass extinctions, widespread upheaval to life and are pivotal points in evolution.”

“Disentangling the controls on volcanic carbon emissions in our current world provides insight into how climate has changed in the past and thus can provide lessons for our future warming world,” says Whiteside. “The total carbon ejected by global volcanism is a small fraction (less than one per cent) of the total which is dominated by human activity. In a mere few hundred years, humans are acting like thousands and thousands of volcanoes.”