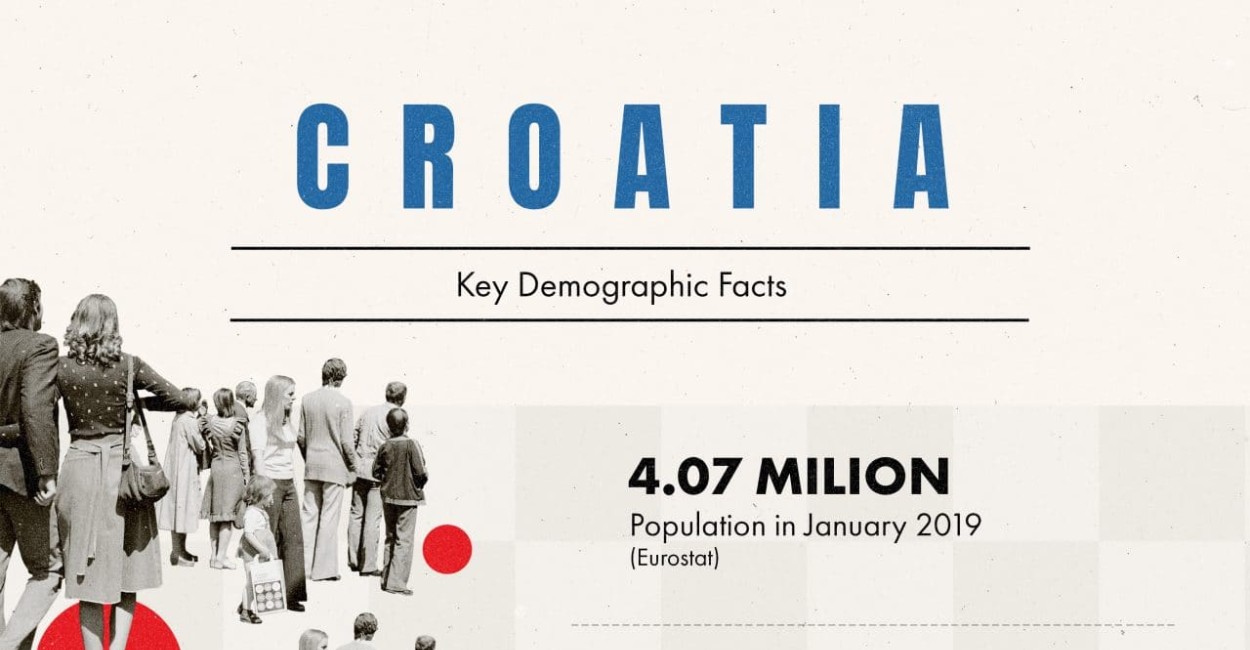 The Croatian Academy of Sciences and Arts is worried over ‘troubling’ demographic trends in Croatia, as human population in the European nation decreased from 4,284,889 to 3,888,529, between 2011 and 2021.

From the very beginning until today, within the Academy, demographic issues occupy a prominent place because they are the foundation of the development of society. Scientists of various disciplines, especially members of the Academy Petar Matković (1830 – 1898), Fran Vrbanić (1847 – 1909), Milovan Zoričić Sr. (1850 – 1912) and Milan Kreser are responsible for the foundations of the development of demographic and statistical research in Croatia. (1876 – 1924).

After the work of the mentioned researchers of demographic statistics from the Academy, by the middle of the 20th century valuable demographic considerations were published within the economic, health, geographical, ethnic and historical themes that have highlighted unfavorable demographic processes in Croatia since the 1960s. In modern times, a complete and complete theoretical methodological framework in the spirit of modern demography was given by academician Alica Wertheimer-Baletić.

Croatia’s population down by 9.3%

Croatian Academy of Sciences and Arts, following the statement on demographic constraints in human resources development published in 2011 in the publication The importance of knowledge and the application of knowledge for overcoming the crisis and the development of Croatia, once again draws society ‘s attention to the extremely worrying demographic trends in Croatia.

Between the 2011 and 2021 censuses, the population in Croatia decreased from 4,284,889 to 3,888,529 or 9.3%. Behind this very large decline in population lies almost dramatic changes in the age structure of the population, which over time will become an increasingly restrictive factor in the overall development of Croatia. We were left without a large number of inhabitants in the most vital working and reproductive age.

As the holders of political power at the state level have changed since the establishment of the independent state of Croatia, the previously adopted programs were abandoned and new documents were created with measures whose implementation should first stop further demographic erosion and then reverse demographic trends in the long run. in a positive direction. Problems related to demographic change are not transient and cannot be solved in the short term and only by individual measures.

Stopping the further decline in population requires a systematic and long-term approach, which includes a series of mutually harmonized demographic measures within the overall development policy.

At the same time, while we are losing the most vital human resources, we cannot even persuade the newly evicted to return. The solutions are in the comprehensiveness of the Croatian Demographic Development Program with the effective creation of special measures for less developed areas in Croatia.

The long-term and security of demographic measures implies their implementation regardless of changes in the holders of political power.

This article was first published by CASA.