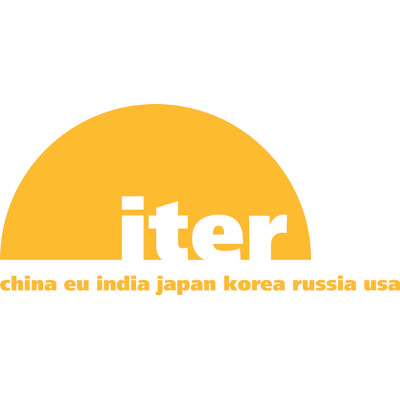 “An international, large-scale scientific collaboration intended to prove the viability of fusion as an energy source”

In southern France, 35 nations are collaborating to build the world’s largest tokamak, a magnetic fusion device that has been designed to prove the feasibility of fusion as a large-scale and carbon-free source of energy based on the same principle that powers our Sun and stars.

The experimental campaign that will be carried out at ITER is crucial to advancing fusion science and preparing the way for the fusion power plants of tomorrow.

Thousands of engineers and scientists have contributed to the design of ITER since the idea for an international joint experiment in fusion was first launched in 1985. The ITER Members—China, the European Union, India, Japan, Korea, Russia and the United States—are now engaged in a 35-year collaboration to build and operate the ITER experimental device, and together bring fusion to the point where a demonstration fusion reactor can be designed.

What will ITER do?

With ten times the plasma volume of the largest machine operating today, the ITER Tokamak will be a unique experimental tool, capable of longer plasmas and better confinement. The machine has been designed specifically to:

2) Demonstrate the integrated operation of technologies for a fusion power plant
ITER will bridge the gap between today’s smaller-scale experimental fusion devices and the demonstration fusion power plants of the future. Scientists will be able to study plasmas under conditions similar to those expected in a future power plant and test technologies such as heating, control, diagnostics, cryogenics and remote maintenance.

3) Achieve a deuterium-tritium plasma in which the reaction is sustained through internal heating
Fusion research today is at the threshold of exploring a “burning plasma”—one in which the heat from the fusion reaction is confined within the plasma efficiently enough for the reaction to be sustained for a long duration. Scientists are confident that the plasmas in ITER will not only produce much more fusion energy, but will remain stable for longer periods of time.

4) Test tritium breeding
One of the missions for the later stages of ITER operation is to demonstrate the feasibility of producing tritium within the vacuum vessel. The world supply of tritium (used with deuterium to fuel the fusion reaction) is not sufficient to cover the needs of future power plants. ITER will provide a unique opportunity to test mockup in-vessel tritium breeding blankets in a real fusion environment.

5) Demonstrate the safety characteristics of a fusion device
ITER achieved an important landmark in fusion history when, in 2012, the ITER Organization was licensed as a nuclear operator in France based on the rigorous and impartial examination of its safety files. One of the primary goals of ITER operation is to demonstrate the control of the plasma and the fusion reactions with negligible consequences to the environment.