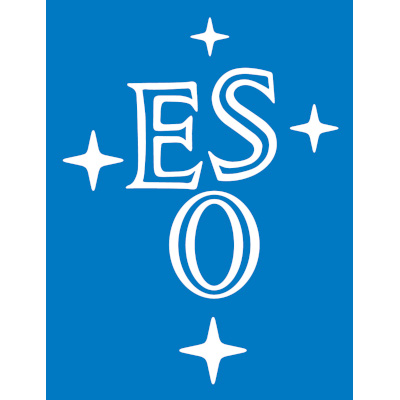 “The European Southern Observatory enables scientists worldwide to discover the secrets of the Universe for the benefit of all.”

ESO designs, builds and operates world-class observatories on the ground. Astronomers worldwide use ESO telescopes to tackle exciting questions and spread the fascination of astronomy: How did the Universe come into existence? What are black holes? Are we alone in the Universe?

ESO is an intergovernmental organisation established in 1962 supported by 16 Member States (Austria, Belgium, the Czech Republic, Denmark, Finland, France, Germany, Ireland, Italy, the Netherlands, Poland, Portugal, Spain, Sweden, Switzerland and the United Kingdom), its host country Chile and strategic partners. ESO brings together over 750 staff from more than 30 countries, and countless more collaborators worldwide, all driven by the passion to build the best telescopes, serve the community and benefit society. ESO is humbled by the privilege to serve more than 22 000 users from over 130 different countries with excellent infrastructure, services, technologies and data.

All ESO telescopes are currently located in the Chilean Atacama Desert, a marvelous place with unique conditions to observe the sky. ESO operates three observing sites in Chile: La Silla, Paranal and Chajnantor. In addition, ESO is building “the world’s biggest eye on the sky”—ESO’s Extremely Large Telescope, located on Cerro Armazones, which will be operated as part of the Paranal Observatory.

At La Silla, ESO’s first observatory, two of the most productive 4-metre-class telescopes in the world are operated. Paranal is the home of ESO’s Very Large Telescope (VLT), one of the most advanced optical telescopes in the world, and its unique Very Large Telescope Interferometer (VLTI), as well as two survey telescopes, VISTA and VST. In the future, Paranal will also host and operate the Cherenkov Telescope Array (CTA) South, the world’s largest and most sensitive gamma-ray observatory. Collaboratively with international partners, ESO operates APEX and ALMA on the Chajnantor plateau. ALMA allows scientists to investigate the Universe in the millimetre and submillimetre wavelength range of light.

ESO’s Headquarters are located in Garching, close to Munich in Germany. Here ESO conceives and develops cutting-edge telescope technologies together with its industry partners, and educates both children and adults in its visitor centre and planetarium, the ESO Supernova. ESO central offices in Santiago are the hub from which it supports the organisational operations in the country and collaborates with its host and partner country, Chile, its authorities, scientific community and society.