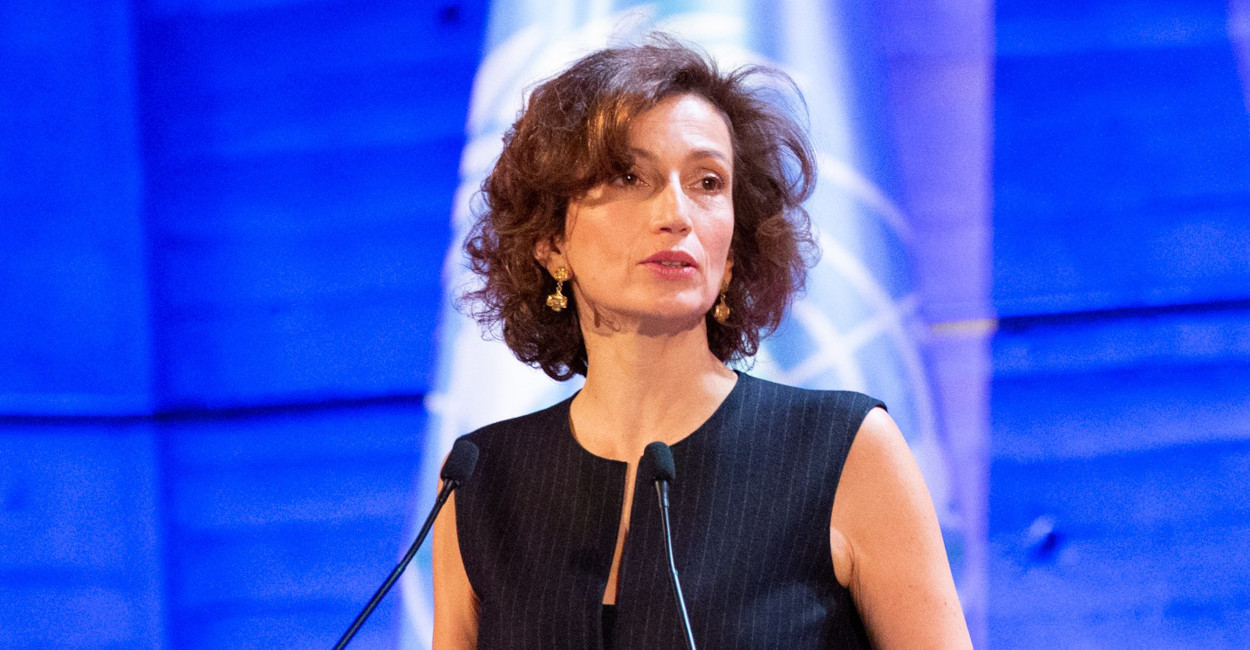 Director-General of UNESCO since 2017, Audrey Azoulay launched a vast Strategic Transformation programme for the Organization with a view to position UNESCO at the heart of emerging challenges in the XXIth century.

In this spirit, the Director-General launched several major projects on the protection of cultural heritage, through the initiative “Revive the Spirit of Mosul” in Iraq, on the achievement of universal quality education, in particular for girls and women, as well as on UNESCO’s role as a global laboratory of ideas on issues such as sustainable development and the ethics of artificial intelligence.

A former student of the Ecole Nationale d’Administration, Audrey Azoulay is a graduate of the Institut d’Etudes Politiques de Paris and holds a Diploma of Business Administration from the University of Lancaster (United Kingdom). Active in the cultural sector from the outset of her career, she worked, among other things, on the financing of the French public audiovisual sector and on the reform and modernisation of the French public aid systems for the film industry.

As the French Minister of Culture, she was very strongly committed to the protection of endangered heritage, particularly in the Middle East. She was also dedicated to the facilitation of children’s access to culture by launching artistic and cultural education programmes (the “Création en cours” programmes and innovative cultural infrastructures “Microfolies“).

Audrey Azoulay is committed to positioning UNESCO as a platform for humanist cooperation, as a standards-producing arena and as an agency of experts that helps to disseminate knowledge and know-how throughout the world to the greatest number of people.