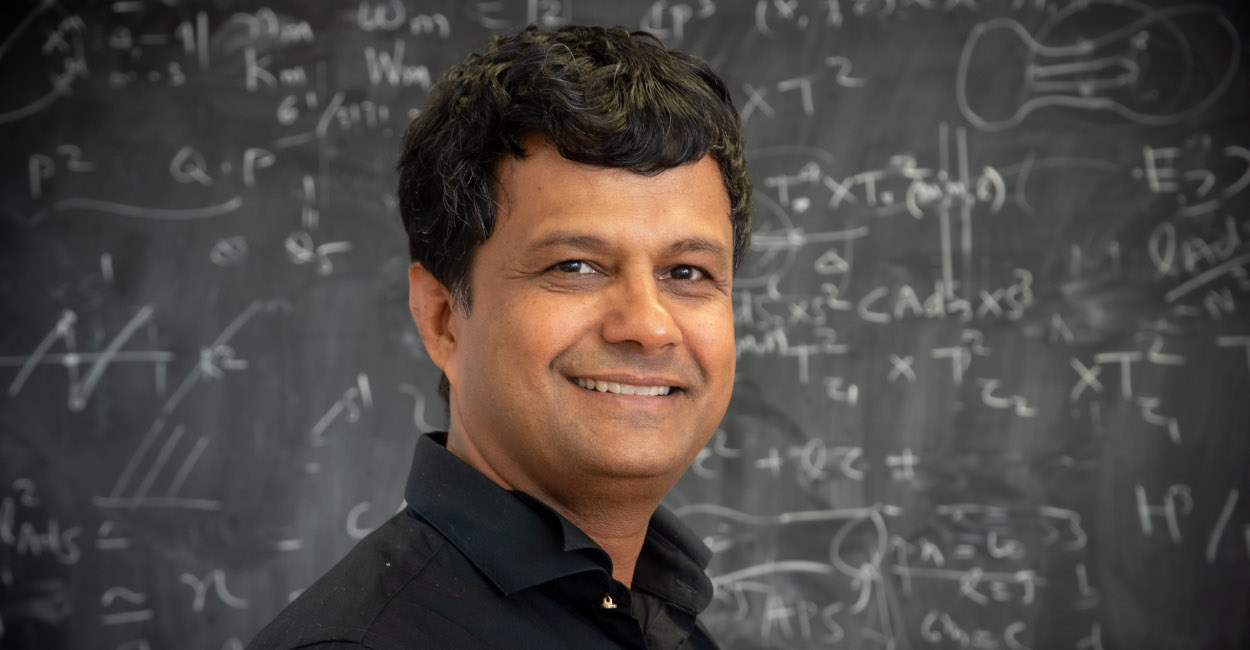 A. Dabholkar is well-known for his research on string theory and quantum black holes, including investigations that build on ICTP founder Abdus Salam’s Nobel-winning work on electroweak unification.

Born in 1963 in India, he is a graduate of the Indian Institute of Technology at Kanpur, one of India’s premier educational institutes. He earned a PhD in theoretical physics from Princeton University (USA), followed by postdoctoral and research positions at Rutgers University, Harvard University and the California Institute of Technology. Until 2010, he was a professor of theoretical physics at the Tata Institute of Fundamental Research in Mumbai (India), and has been a visiting professor at Stanford University and a Visiting Scientist at CERN. He joined ICTP in 2014 on secondment from Sorbonne Université (France) and the National Center for Scientific Research (CNRS), where he has been a research director since 2007. At ICTP, he was head of the High Energy, Cosmology and Astroparticle Physics section.

He has received many honours, including the Shanti Swarup Bhatnagar Award (2006), the most prestigious national science prize awarded by the Indian Prime Minister, for his “outstanding contributions for establishing how quantum theory modifies the entropy of black holes and his pioneering studies of supersymmetric solitons in string theory”. He is an elected member of the Indian Academy of Sciences, and in 2007 received the Chair of Excellence award from the National Research Agency (ANR) in France.