The African Mathematical Union (AMU) in collaboration with the Congolese Mathematical Community under the auspices of the Ministry of Higher Education and Scientific Research is pleased to announce to all the Mathematical scientists in Africa and other parts of the world the 10th Pan African Congress of Mathematicians (PACOM 2022) to be held in Brazzaville, Republic of Congo.The Congress will be based on the theme “Mathematics and the challenges of the African development”.

The AMU-PACOM 2022 awards and medals are intended to foster innovative research and mentorship in all areas of mathematical sciences across the continent, recognize and honor outstanding contribution to the development of Mathematical Sciences through Africa.

The awards and medals will be in TWO major categories:

Eligibility: All African Mathematical Scientists residing and working within the continent of Africa are eligible to be nominated for the awards and medals. The African Mathematical Union (AMU) invites the nomination of eligible candidates for the AMU-PACOM 2022 Awards and Medals that will be presented at the Opening Ceremony of the 10th Pan African Congress of Mathematician (PACOM 2022) to be held in Brazzaville, Republic of Congo, on 1st August 2022. The call for Nomination, and the application form are available in both: www.africamathunion.org & www.pacom2022.com

N. B. Nominations should be forwarded not later than Saturday 29th January 2022 to: Prof. Nouzha EL YACOUBI (AMU President, Chairperson of the AMU-PACOM 2022 Award Selection Committee)

The topics to be covered at the congress are:

Contents of the Scientific Program

The whole Scientific program will consist of

In addition, a Plenary panel « Mathematics as an asset for the industrial development » is planned in the scientific program of PACOM 2022, as well as three special sessions: on Mathematics Education, on African Women in Mathematics, on History of Mathematics in Africa. Also, for fruitful collaboration between AMU and international Mathematical Unions, Societies, Associations, NGOS etc… pursuing the same goals, a round table is scheduled in the program. Otherwise, Space for expositions will be available at the Congress venue for mathematical societies, publishers, and other companies. Detailed information could be provided for interested applicant.

The official languages of PACOM 2022 are English and French. 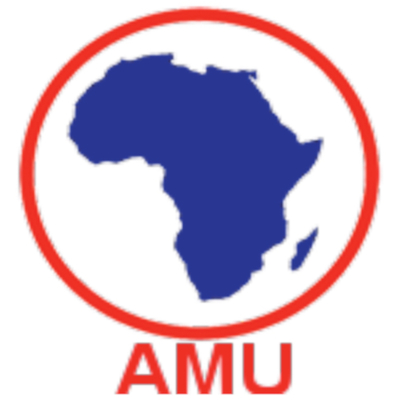