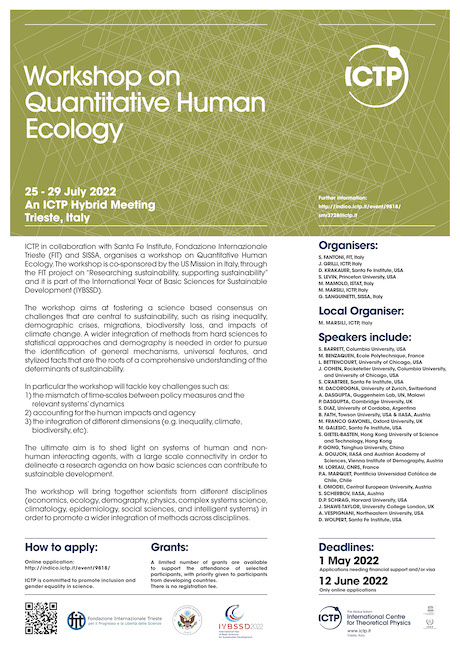 The project includes a scientific workshop and a public engagement in science and technology event and campaign.

It aims at promoting a complexity science approach to sustainability whilst recognizing that the human dimension is central in this endeavour.

We reached a consensus on how human activity has generated global warming thanks to climate research. It is urgent to mobilise the scientific community to build a similar science-based consensus on challenges that are central to sustainability such as the rising inequality, biodiversity loss or demographic crises and migrations, and on their interrelationships.

This workshop focuses on three aspects of the phenomena we are calling “human ecology” that are central to this endeavour:

The workshop will bring together scientists from different disciplines (economics, ecology, demography, complex systems science, computational social science, and intelligent systems), each bringing a different perspective on one of more of these three aspects, in the context of large scale human-based interacting systems. Our goal is to promote a wider integration of methods from the rather limited but well defined hard sciences in statistical approaches and demography, pursuing the identification of general mechanisms, universal features, and stylized facts.

The participation to the seminar of a scientific journalist with a strong scientific background will guarantee the production of written reports as basis to further dissemination actions towards traditional and social media.

A public engagement in STEM event and campaign

Beside this scientific goal, the scientific seminar will be accompanied by a public engagement in STEM event and campaign, to promote the awareness of the importance of this passage and cross-fertilization of knowledge between hard science and social sciences.

A public event (in presence and virtual) will present and discuss main results of the seminar with policy makers and business operators. University students and high schools pupils will be invited. 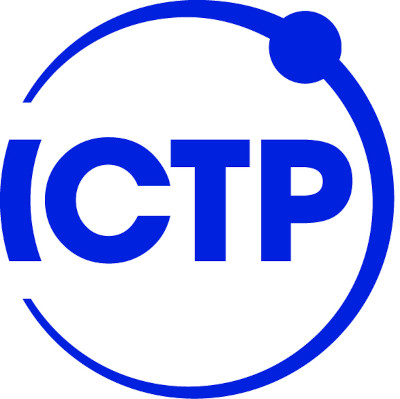