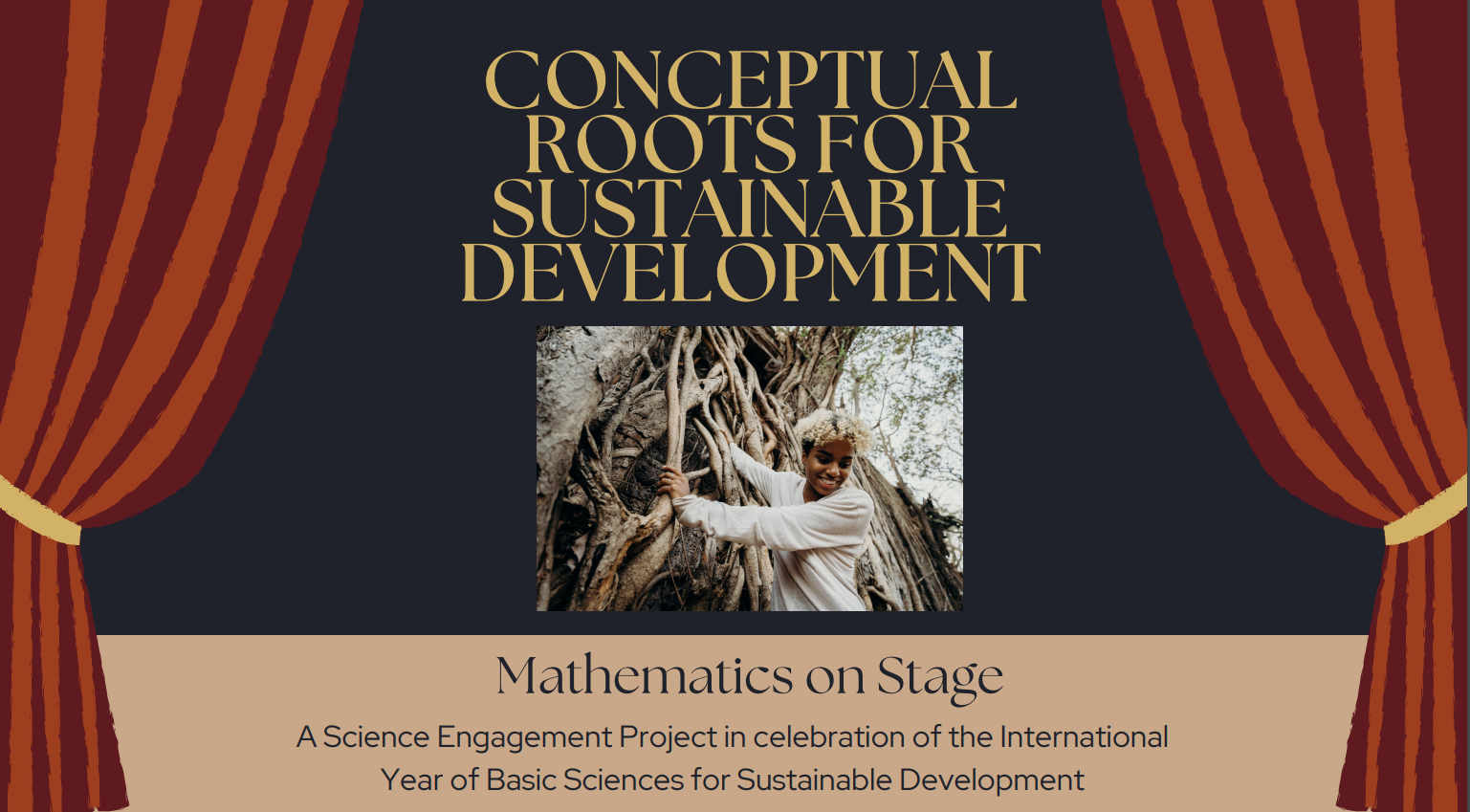 This is a year-long programme that will involve 4 theatrical shows to promote appreciation and understanding of conceptual thinking as a root for basic sciences. Each show will be a semi-prepared and semi-improvised performance with an active engagement with the members of the audience (which will include invitation to join the stage during the show).

The shows will take place in the Drostdy Boutique Theatre in Stellenbosch and will be scheduled in September (2022), December (2022), March (2023), June (2023). They will be both fun and intellectually stimulating. Artistic elements will be included in each show (e.g., musical performance as means for drawing analogy with mathematical conceptualization). Each show will be preceded by a preparation month (pre-production) and dissemination month (post-production). The shows will be filmed and during the dissemination month the film (uploaded on YouTube) will be disseminated to schools, universities, and other scholarly bodies for further impact.

At the foundation of every field of Basic Sciences lie mathematical phenomena. Each mathematical phenomenon is a merger of computational and conceptual entities. While a lot of emphasis is placed on the computational aspects of mathematics at secondary and tertiary education, the importance of its equally significant conceptual aspects is often overlooked. Without the conceptual insight, computational skills lose the agility of adaptation to new scenarios, of refinement, and of combination to solving complex problems. In modern day, when most of the computation can be automated on the computer, the skill to conceptualize is becoming increasingly important. This skill is also what enables one to exploit the power of computers to its better potential.

This initiative has a potential of transforming one’s perception of learning, application, and exploration of mathematics. There are several expected outcomes:

(1) instil a conceptualization-aware attitude to mathematics in school learners, teachers, university students and lecturers (SDG4);
(2) demonstrate cohesion between mathematics, art, and other human activities, showing that the skill of mathematical conceptualization is a highly relevant and transferrable skill (SDG8);
(3) demonstrating that the first language provides a crucial role in acquiring conceptual thinking skills in mathematics (SDG10);
(4) showing that mathematics does not have to be something difficult, that it can be fun and motivating with a possible positive impact on mental health (SDG3),
(5) new ways of linking mathematics with the arts, and particularly with music, for the benefit of sustainable development (SDG17).