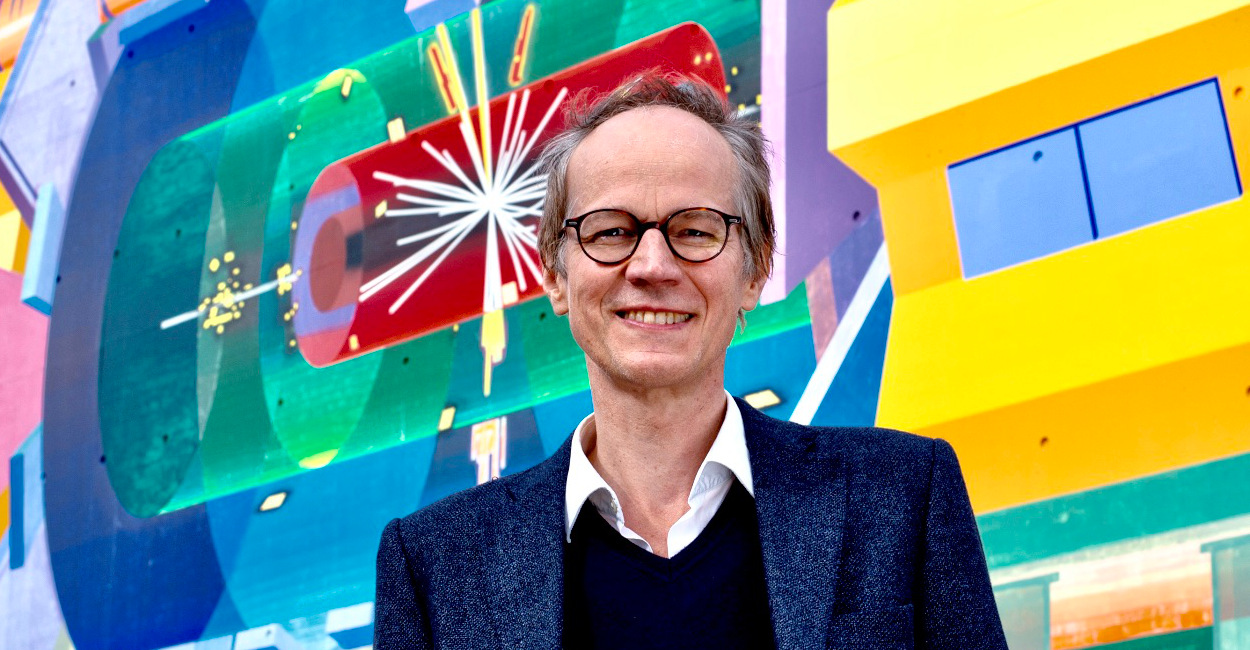 Andreas Hoecker leads the ATLAS Collaboration since 2021. Since 2005, he is research physicist at CERN and member of the ATLAS experiment at the Large Hadron Collider. He contributed to the fast online selection, detector commissioning, and searches for the Higgs boson and Supersymmetry. He served in numerous coordination roles.

He studied physics at Bonn, Germany and earned his PhD at Université Paris XI, France in the 1990s. During that time he studied the properties of the tau-lepton, the heavy cousin of electron, and strong interactions at CERN’s Large Electron-Positron Collider. In 1998 he became Scientist at the French CNRS organisation and joined an experiment at Stanford’s National Accelerator Lab (SLAC), where he performed studies of matter-antimatter symmetry violation. Throughout his career, Andreas Hoecker has also worked on particle physics phenomenology and the development of statistical tools.